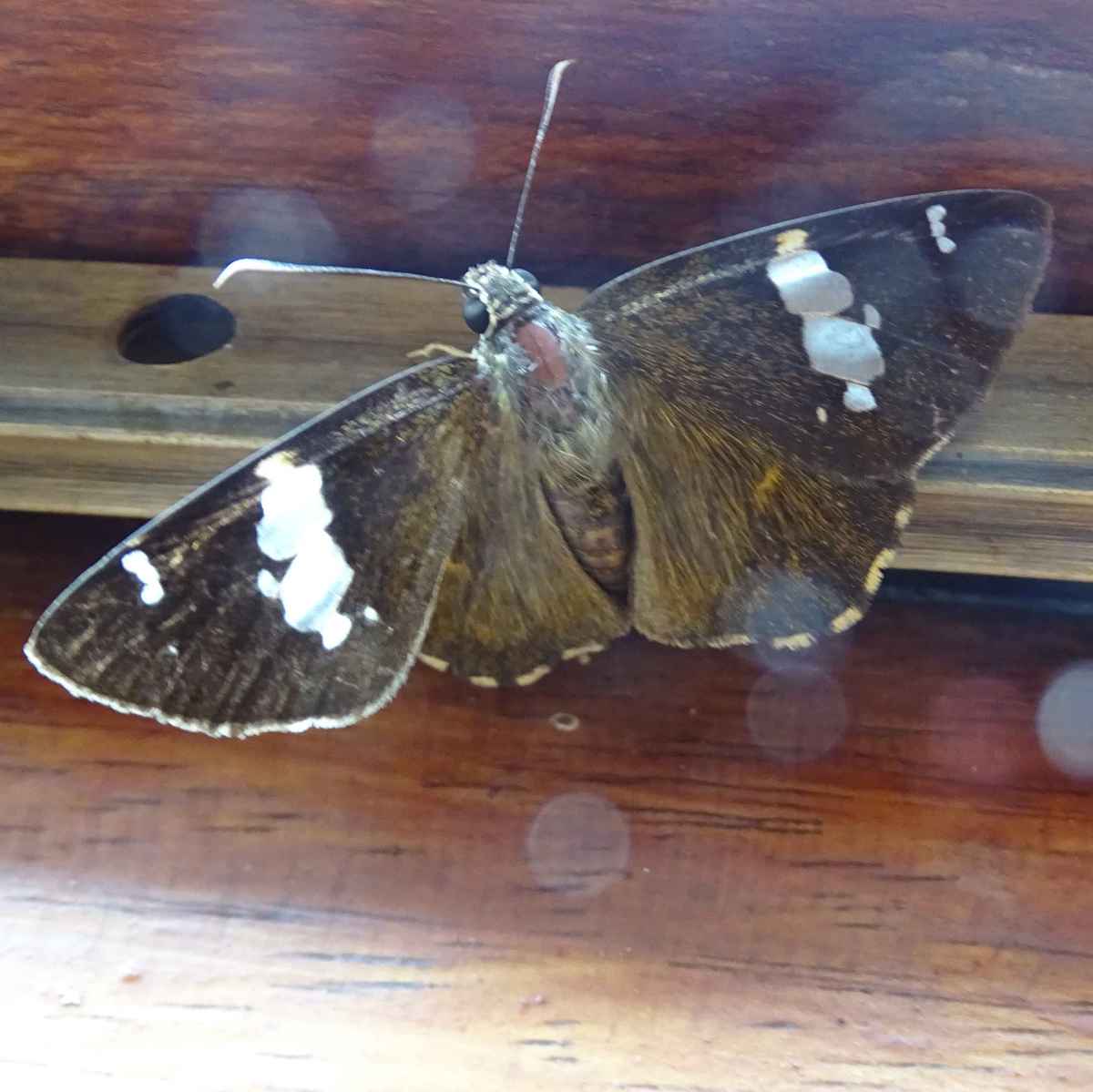 In Valparai breakfast was always late and large. Our mornings started a little before sunrise. We would gulp down a quick cup of tea and a couple of biscuits before leaving for a round of bird-watching. The real breakfast would start at about nine, after we got back. It always began with a ritual serving of fresh fruits. I was really amazed at the skill with which the kitchen produced bananas sliced into two precisely equal longitudinal halves. I tried this at home, and failed miserably. Then there were idlis with the famous Tamil gunpowder and coconut chutney, perhaps dosas or adai with sambar or appams with stew, and any amount of toast with eggs. Everything was very well done. Even the bread was surprisingly good.

On our second morning we arrived at breakfast to find a dark butterfly fluttering around our table. The Family asked me for an identification, and I was a little stumped. I hemmed and said it was not a moth but a butterfly, one of the variety called skippers. The only way to be certain is to look at the antennae: skippers have ones which are shaped like hockey sticks. But I couldn’t get beyond that. Very tentatively I said “rice swift”, knowing this was wrong. I took a photograph for later identification. ID wasn’t so easy: it could have been the weirdly named “restricted demon” except that it had too few spots. After a couple of other false leads I finally saw the pefect match. It is the Tamil spotted flat. It is common in the Nilgiris.

It fluttered repeatedly against the window glass, so I decided to do a good deed and opened the window to let it out. It fluttered on to the flower bed just outside. A bulbul darted in, picked it up and flew off. The Family and I looked at each other, and settled in for breakfast.

One thought on “Breakfast and butterflies”