My trip to Kumaon ended a little painfully. I slid down a slope and twisted my ankle. It was annoying, I was really enjoying myself and I didn’t want this problem. I sat in the temple at the bottom of the slope and pretended that there was no problem. I forced The Lotus, The Family and Sundar Singh to go on with what they were doing and leave me alone. I couldn’t move, so I used this enforced stillness to photograph butterflies. I also managed to get a photo of this nice hairy flower. 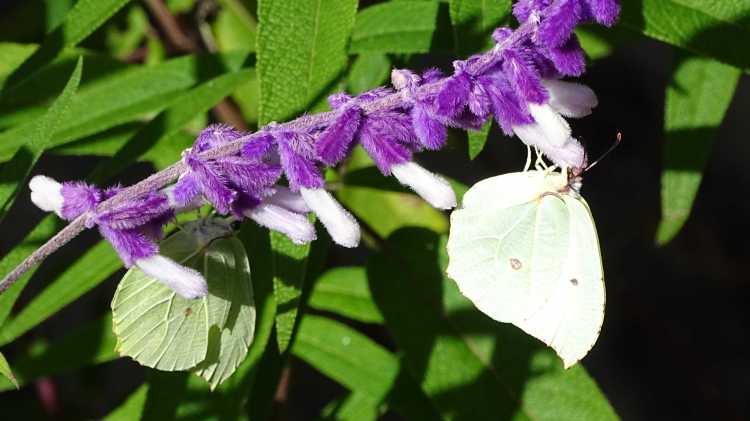 I hadn’t thought of disabilities and accessibility seriously before this. Now I started noticing it. General conclusions: hotels have varying accessibility, airports are very good, doctors have extreme accessibility issues.

It seemed like a long way back to the car, even with The Lotus helping. Modern car seats are well-designed. I had no difficulty getting in or out. The problems started at the hotel in Binsar. There was absolutely no wheelchair access. I had to climb about sixty stairs to get to my room; it was possible with a stick, but tiring. It was impossible for a person with only one good leg to use the bathroom without help: every bit of plumbing was leaky and the whole floor would get wet after a shower. This hotel was designed badly for disabled access, but the staff was super helpful.

We had three nights left before we returned, and once I realized that the injury was a sprain and not a fracture, I decided to treat the remainder of the holiday as a restful vacation where I would just eat, read, sleep, and keep my leg elevated. The next morning we were supposed to move to a hotel near Pangot. Soon after the accident I called the owner-manager, who assured me that the hotel was accessible and there would be people to help me. We reached to find a 110 meter climb on a slippery rubble slope. On top of the slope the staff had placed a plastic chair where I could sit after the climb! The hotel was not designed for disabled access, and the owner was the opposite of helpful. He refused to give us even a fractional refund saying that we should have cancelled our reservation the previous day when we called.

It was the diwali weekend, and we had to look for another hotel in a hurry. We called the B&B in Naukuchiatal. They were full, but recommended a hotel nearby where we could get two rooms. This had only three stairs to climb. The bathroom was fine even for a one-legged person. It had a great verandah with a view of the lake, just a lovely place for a relaxed two days. I spent the days in a planter’s long-arm while The Family did a little more birding. She and The Lotus scoured the markets of Nainital and got me one of the wonderful carved wooden walking sticks which is a Kumaoni specialty. This hotel was almost fully accessible, and the staff was wonderful.

The next stop was Delhi airport. I’d asked for a wheelchair, and it was ready when we reached. Disabled access in the airport was very good. The airport security was very considerate, and I had not problems getting to my seat. An arthritic lady who was also wheelchair-bound had a problem in the craft. Unlike me, she did not have a front-row seat, and the aisle was too narrow for the wheelchair. Accessibility of the airport was great, but of the craft was very poor.

Getting off the craft in Mumbai airport was a problem. The descent was not a ramp but stairs. I could hobble down, but the old lady had a really bad time. It is time all airlines change to boarding ramps. The rest of the airport had good accessibility. Mumbai airport has toilets with wheelchair access.

I had to travel for work quite frequently in the succeeding weeks, and I found airports to be well-designed. The check-in process and security were always considerate. Wheel-chair availability varied from one airport to another, and boarding or de-boarding were wildly different between airlines. I was really happy that my workplace had reasonably good accessibility. Unfortunately my flat has poor accessibility. Hotels in cities were reasonable with accessibility: usually ramps were available instead of stairs. I had to see doctors and physios for some time, and not a single one of them sat in an accessible location (the newer hospitals are accessible). Movie halls and restaurants seemed to have better access than doctors!

Mumbai is structurally disabled-unfriendly. I once spent over 30 minutes trying to flag down a taxi. Each taxi would go ahead before stopping, and then someone else would hop in while I hobbled towards it! During this half hour I kept wondering why there is no taxi-rank in Mumbai. Even buses do not stop at bus stops but a few meters away.

We are very far from discussing universal design. It is badly needed, but maybe in India we could start with a few simple changes which would make life easier for the wheelchair bound: