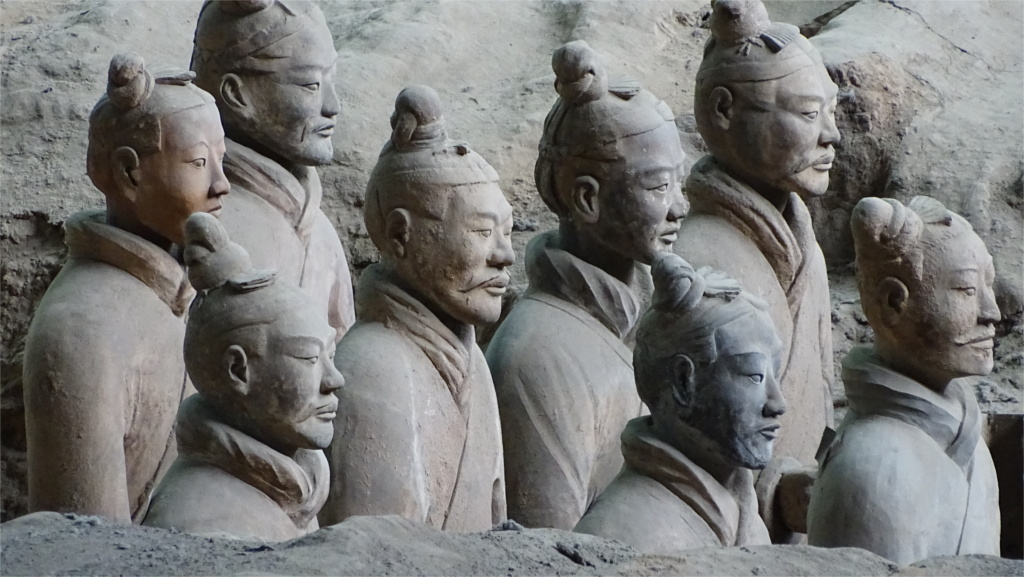 Over the last two decades everyone with any interest in travel has become aware of the terracotta army of Xi’an. It is estimated that about 6000 life-size figures were buried, and about 2000 are on display in various places. What I didn’t realize before going to see them is how difficult the process of unearthing them has been. Below you see a photo of one group which is being slowly disinterred. Some time between their construction in 250 BCE and their discovery in 1974, the roof beams had collapsed and mud flowed into the pits. Today the pits are being dug out very slowly, so that the army is not further damaged while being disinterred. 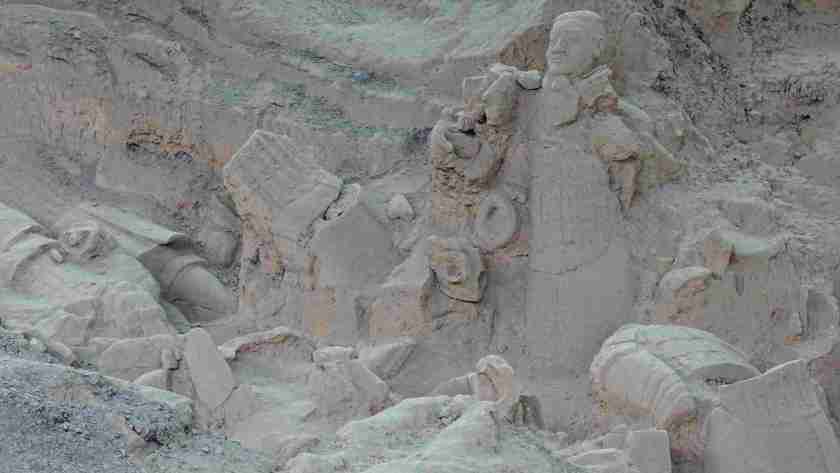 You can see places where the work has progressed further: a jigsaw of body parts lie together in a jumble, waiting to be pieced together. I guess each figure must lead to the thesis work of an archaeology student doing his doctoral work. When you see the numbers of statues in various stages of being pieced together, you realize that there must be an army of archaeologists at work, along with students and post-doctoral fellows. This must be a really thriving branch of modern Chinese archaeology. 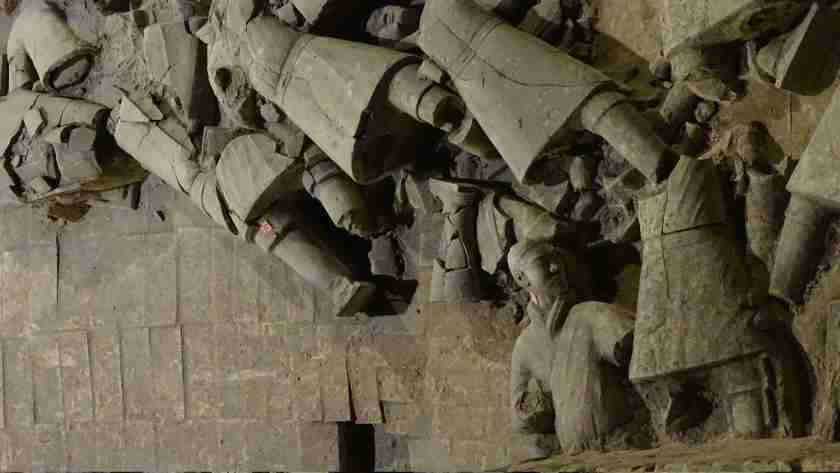 You can see some statues which are almost at the last stages of being pieced together. A careful look reveals the painstaking solution to a massive jigsaw puzzle. I wonder what happens at the last stage, where one goes from this cracked piece of pottery to the lifelike figures which are most familiar to the world at large. 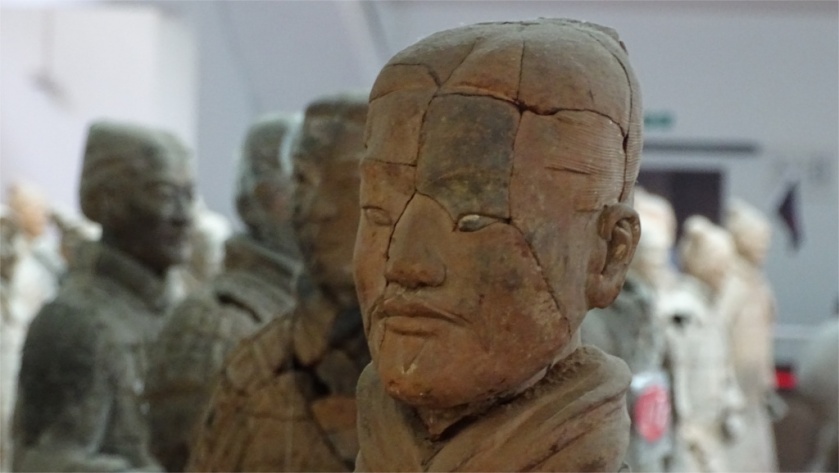 Whatever the process, I think these archaeologists are the new warriors of Xi’an. And they have a task no other army has ever done before: to bring back to life a forgotten and buried army.

One thought on “The other warriors of Xi’an”