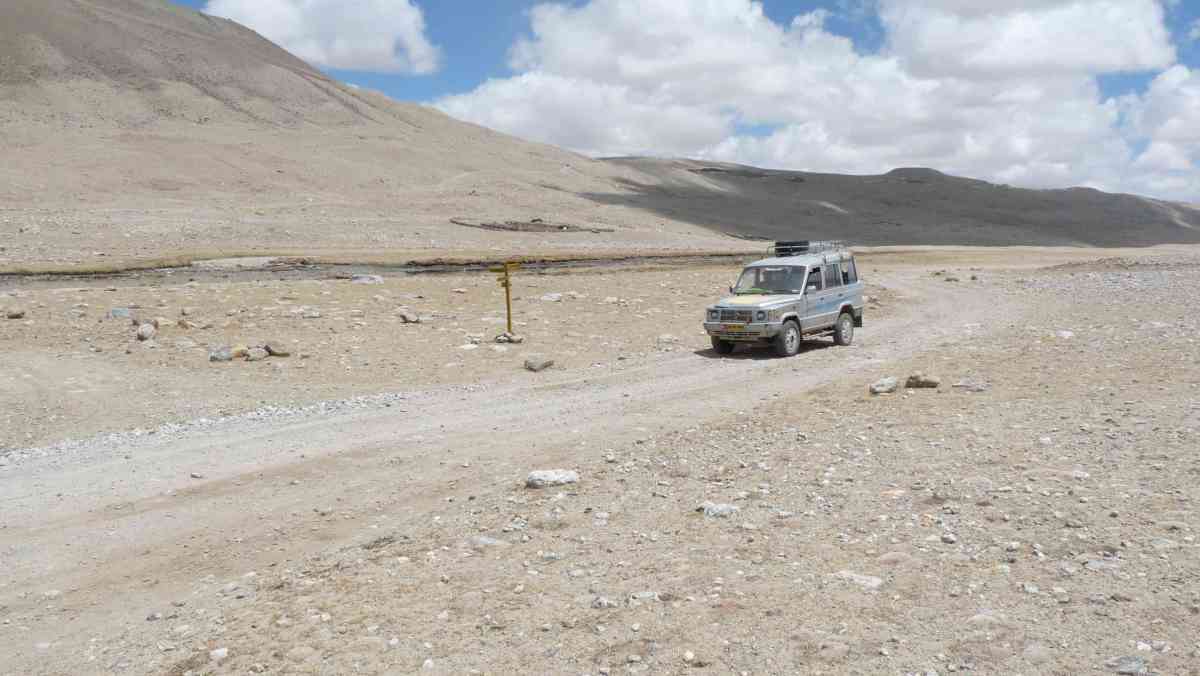 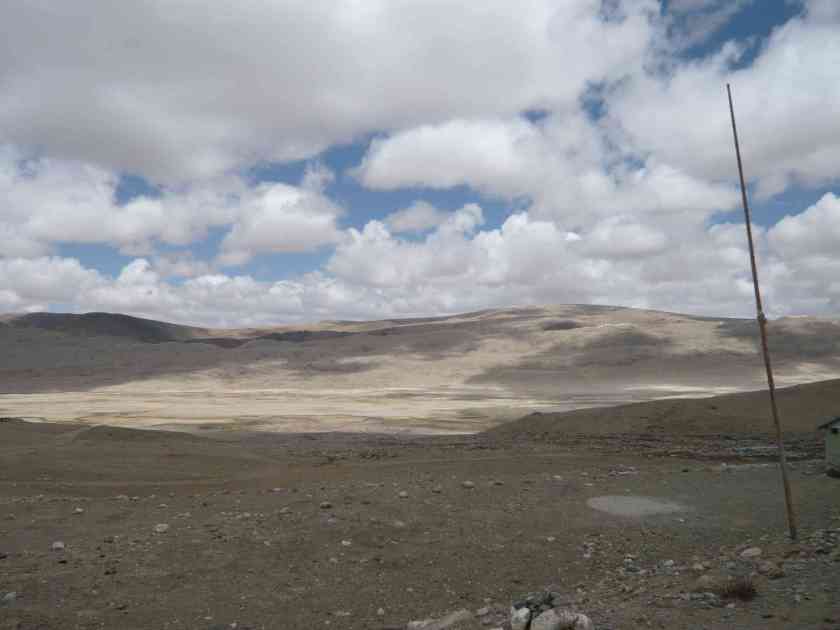 There are few places on the planet as desolate as a high desert. When you climb high enough, there’s too little oxygen in the air for plants to survive. The straggling remnants of grass die out at a height of about 5350 meters (17600 feet) above sea level. The lack of oxygen affects people too. I was in a vehicle with eight other people, including the driver, and all chatter died down as we climbed. I could feel a little headache coming on. The landscape around me was odd: bare rock and dust.

We’d reached the high desert in a part of Sikkim which is geographically a continuation of the Tibetan plateau. This involved a climb of nearly 1400 meters (4500 feet) in about 5 hours. It’s guaranteed to give you a bad headache unless you are really well acclimatized to the height. But we had no choice. The only hotels we could find after much searching were in the Lachen, well below Gurudongmar Lake, which was our destination. We could not do a slow drive either, because high winds often start up there in the afternoon, and tourists are stopped a little below the lake. 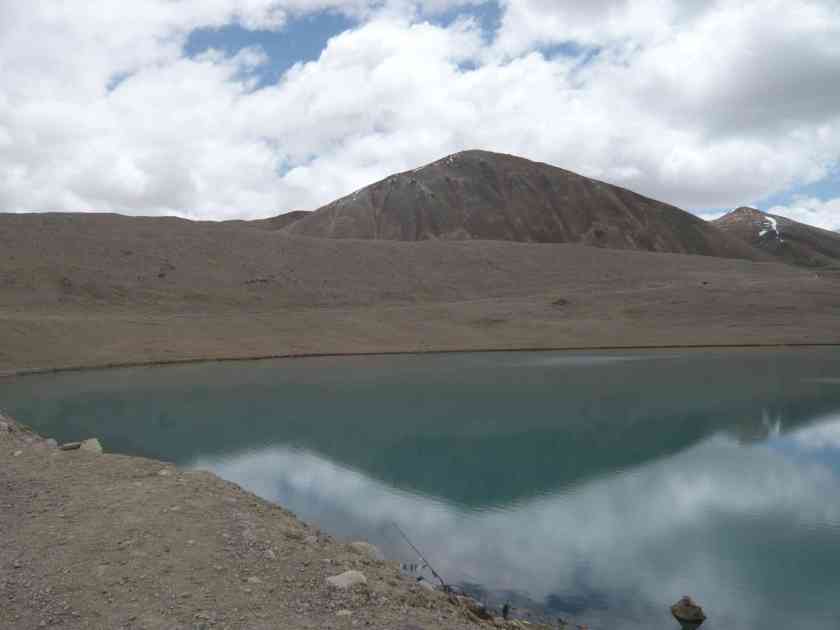 We reached the lake before noon: we were 5425 meters (17800 feet) above sea level. A couple of my travelling companions were fit enough to start walking around the lake. The lack of oxygen was slowing me down; I was content enough to stand in one place and look at the wind-rippled surface of the water. The northern end of the lake looked strangely bright. My oxygen starved brain lumbered into gear and eventually told me that that end of the lake was still frozen. It was the last day of April. Clouds were massing up to the north, but there were still patches of clear sky above the lake. The only colours I could see were the brown of the rocks, the white of snow and ice, and the blue of the sky.

The lake is sacred to Buddhists because it is associated with Padmasambhava, the Buddhist monk who took the religion to Tibet. There is a local legend that a part of the lake never freezes because he stopped it from freezing by putting his hands into the water. The water looked clear and beautiful. If I’d been better prepared for the height then I would have liked to walk down to the edge of the water and tried to drink some.

We’d taken the road up from the south where the plateau sloped up very gently. This lake is within 5 kilometers of the Chinese border. When I looked west I could see the high Himalayan peaks, probably part of the Kanchenjunga range. Closer by, to the north, I seemed to see a glacier descending from a high peak (photo above). My headache was getting worse, and I was able to make simple inferences and look for landmarks only with much concentration. Eventually I stopped thinking and began clicking away with my camera. These are missing moments in my life; I have no memory of this time. I would later sort through the pictures, match them to maps and try to reconstruct what I must have seen. Very soon even taking photos was too much of an effort. I retreated to the vehicle and lay down for a nap. 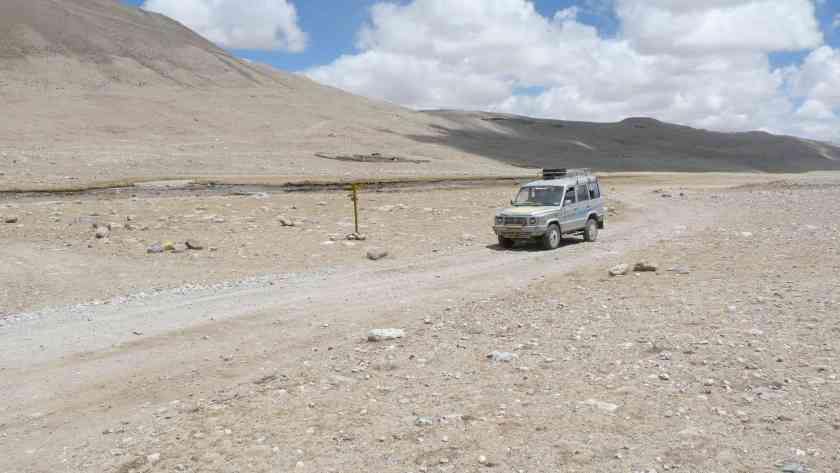 Our driver was from Gangtok. He was in the car and trying to sleep. Later I found that he also had a bad headache at that height. When we drove back, a descent of about 30 meters (100 feet) was enough for my headache to recede. I could even run out of the car and take a photo of the vehicle stopped in the desolate landscape (not quite, because the road parallels a narrow stream). Everyone seemed to have a oxygen threshold. Some of us never hit it. Others recovered quite suddenly at various points as we descended.