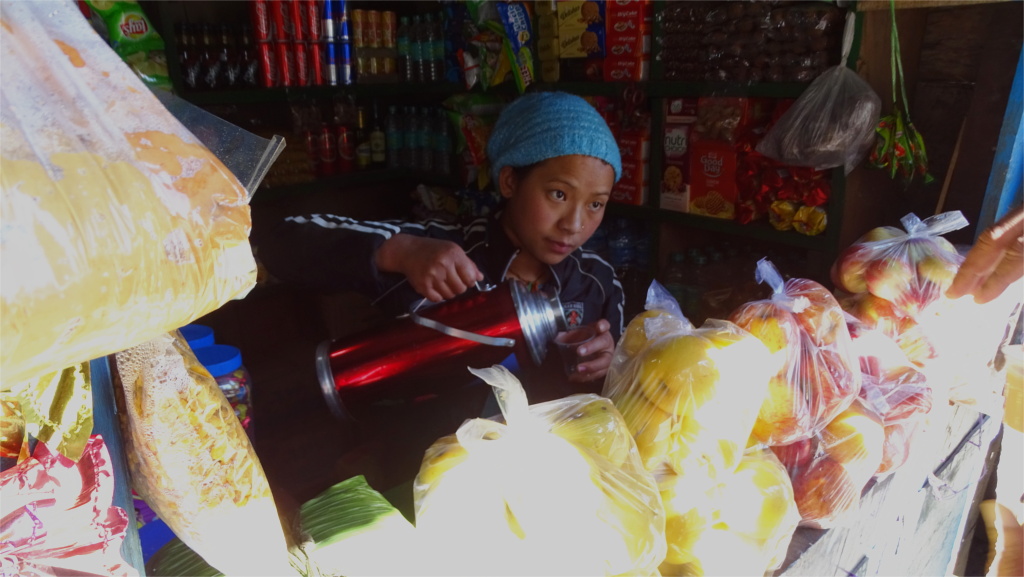 One of the central tenets of sustainability is to buy local. This has multiple effects. First, by eliminating the carbon overhead of transporting goods, it directly impacts the long-term health of the global ecology. Second, by buying local varieties of food one ensures that biodiversity in agriculture is maintained, and local varieties of crops do not die out. But more importantly, by giving business to local artisans and farmers, it prevents their migration to ecologically unsustainable megapolis. When the slopes of lower Arunachal Pradesh are full of wild bananas, we thought it would be possible to eat local varieties of bananas. No such luck. The only bananas we could find in the market had been trucked up from the plains. Every fruit vendor had a different explanation of why there were no local bananas on the market. This led us to believe that there is a social dynamics at work. The same dynamics determined that there would be kiwi farms in the hills, and not oranges, musambi or ananas. 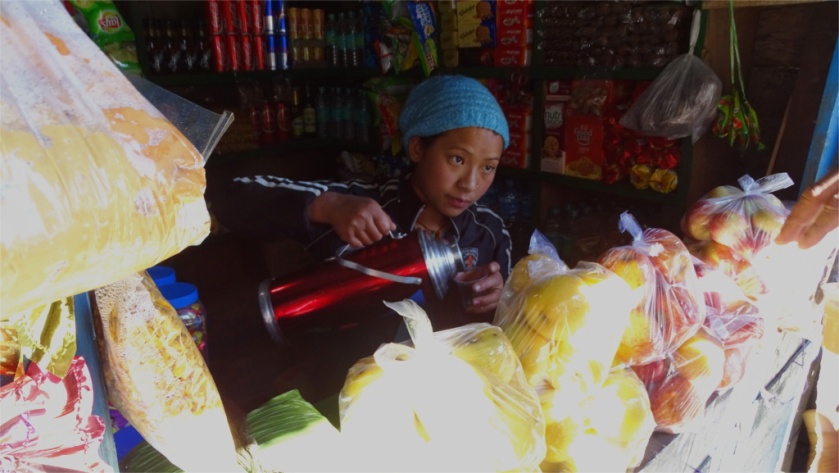 On the way up, I’d noticed apples being sold in Nechiphu La. I’d naively assumed that these would be local varieties. Not true. We asked one of the vendors about the provenance of the apples, and she said that they came from Himachal Pradesh. I saw packets of Golden Delicious, and they are bound to come from much further away. Even here our attempt to buy local failed miserably.

The shop which sold the apples also had packets of some dried berries hanging at the back. The Family asked what they were and the shop girl said that they were "junglee" spices. The prejudice against local produce was out in the open. We bought a packet and asked how to use them. The girl became animated and explained what to throw away and what part to use, and how to use it. So it seems that the prejudice against local produce is absorbed from tourists coming to this region and becomes an instinct. A cryptic commerce in locally gathered food continues. I’d seen similar attitudes in the Bhalukpong bazaar on the way up, and thought that it is a pity.

It is a pity not only because the lack of development makes the people of this region feel inferior to richer visitors, but also because visitors miss out on a variety of things which might be interestingly different. I hope that by repeatedly trying to buy local we made some difference to these attitudes.