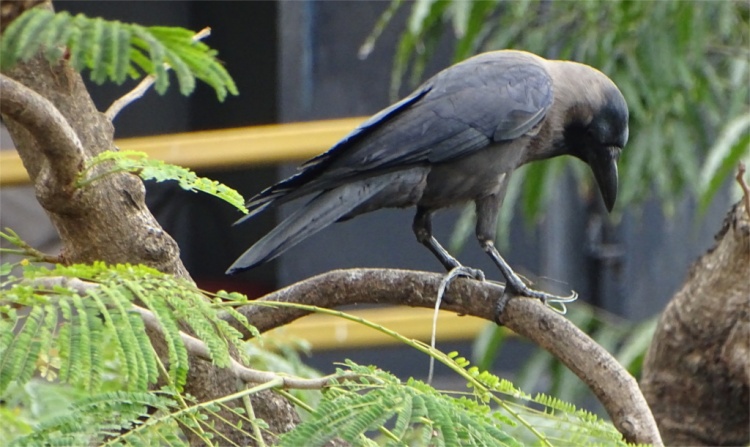 Kolkata is green. I was surrounded by trees. You could hear the sun rise through bird calls. As in all Indian cities, the most numerous were the crows. But the greenery just outside the window meant that you could not miss their activity. In this season it was nesting. It seemed that every crow was in search of long thin twigs with which they build their untidy nests. Crows don’t seem to have a sense of which twig they need, and often try to pull fairly thick twigs out of trees.

When they eventually find something that they can use, they work at it. I couldn’t figure out what they do to the long elastic twigs which they need, but they spend quite some time working them. They are not above filching a twig from another crow when it is not looking. I guess that’s rudimentary economics at work: when you have added value to material, it becomes precious. 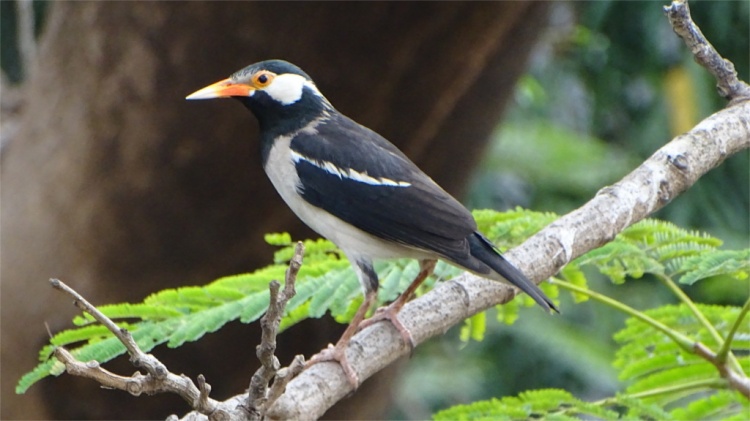 Other common birdlife differs in interesting ways from Mumbai’s. I didn’t see the parakeets which are such a common sight outside the windows of my home. Nor did I see many pigeons. But bulbuls and mynas are really common. I saw this pied myna relaxing on a tree which was otherwise full of raucous crows. Koels are common as well; I heard them continuously, but did not see one. The soundscape of Kolkata is very different from those of Mumbai and Delhi.