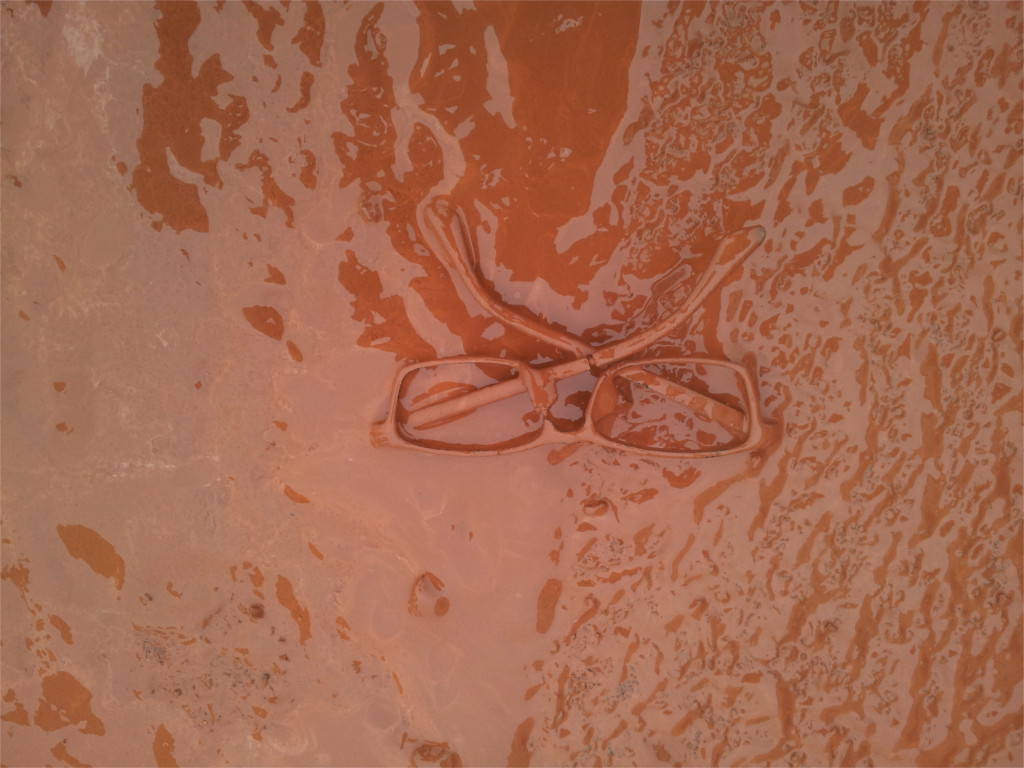 I can’t believe that I wrote a piece saying goodbye to the monsoon on Saturday. On Sunday I was at the Kaas plateau. It rained all morning. The thin layer of soil was saturated with rain. Then other Sunday visitors turned up, and the soil on the road turned to a well-churned slush. The official website says that 3000 people are allowed each day. It seemed to me that there were many more people there on Sunday. People waiting to get into the fenced-off part of the plateau lost their patience. Someone lost their spectacles. I found the featured image.

The press has been full of reports about the Topli Karvi (Strobilanthes sessilis) blooming this year after a gap of eight years. We found fields full of flowering Topli Karvi (see the photo alongside). But then there were large patches of these knee-high bushes which did not have any flowers. The Family had visited the plateau last year and come back with photos of Topli Karvi flowering in some patches.

Seeing her photos, I’d speculated that Topli Karvi could bloom once in eight years, but different patches could bloom in different years. Then this would not be a textbook case of mast seeding, such as that seen in the related Strobilanthes Kunthiana (Neelakurinji, which is supposed to flower next in 2018), in which the plants die after flowering. Incomplete synchronization of the flowering of some species of Strobilanthes has been reported from Japan, so this is not a radical idea. It would be nice to see data on this species.

I did not see any of the usual pollinators. Perhaps it was raining too hard. The previous evening, near the Thosegarh waterfalls I’d seen Indian honeybees in a stand of the related Strobilanthes callosus (Karvi). Dhamorikar has a very interesting observation about the Karvi: it is pollinated by bees, flies, ants, some moths and maybe even the Oriental White-eye. He speculates that the purple colour of the Karvi has evolved to attract a large number of pollinators.

There aren’t that many flowering cycles of Karvi in a lifetime. More than one life may be required to solve the mysteries of the blooming of the Karvi.

4 thoughts on “The eight year itch”