It was a dark and stormy day. Well, not stormy as much as rainy. But the wind was strong enough to ruffle the feathers of a common sandpiper by the sea-shore (featured photo).

In any case it was a dark and wet day when we met up with a lone birder standing by a bend in the Great Andaman Trunk Road near its end in Chidiyatapu. We had a scope, binoculars and cameras. He had a scope and binoculars. The first words he said were "Andaman shama". When you hear a call like that it confirms that you have met a birder.

We spent about half an hour in that one spot by the road. It was not very early, but since the day was pretty dark, the birds were feeding late. In a short while we saw not only the Andaman shama, but also the bright scarlet minivet with its yellow companion (The Family’s favourite), a small minivet, a couple of black-naped orioles, a spot-breasted kingfisher, an Indian fairy bluebird, an Andaman treepie, an Andaman drongo and a white-headed starling. Mark Smiles, the birder we met on the road, was a fantastic spotter. 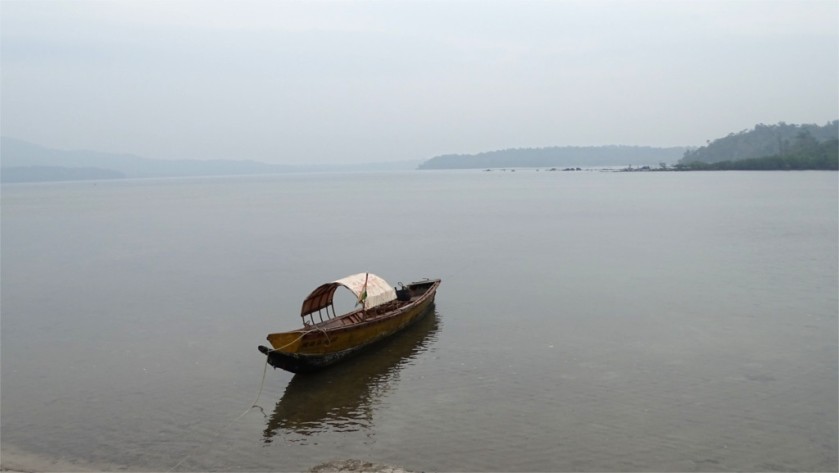 We were off to Chidiyatapu for breakfast. Since Mark also wanted to go there, we gave him a lift. At Chidiyatapu we saw two different kinds of kingfishers, three kinds of parakeets, and the Andaman flower-pecker before Mark left. The sea was calm (see photo above) as we settled down for breakfast. It had been a most unusual trip to Andaman till now.