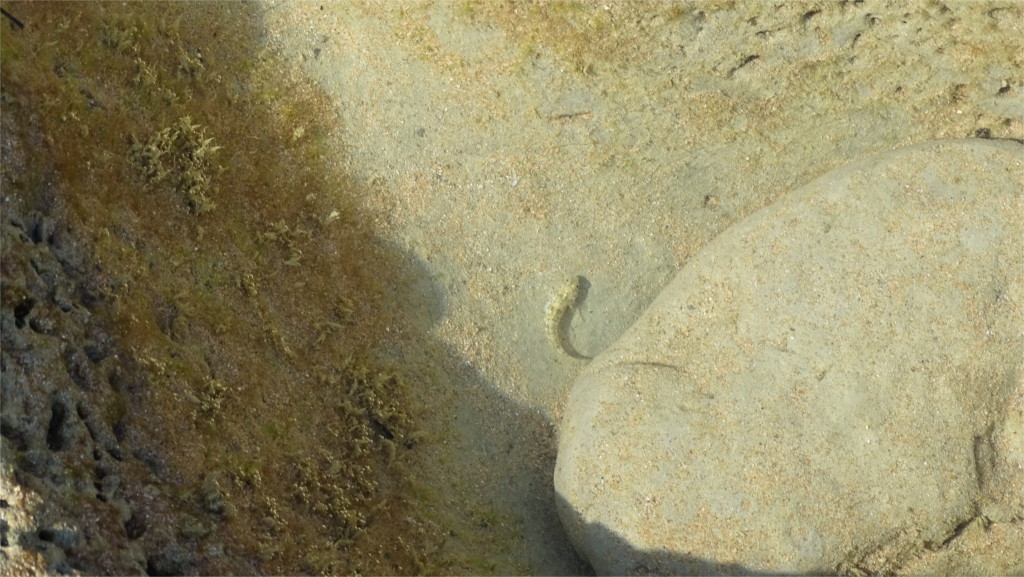 On arrival at Neil Island we met a young auto driver called Suman. He turned out to be very articulate, and had a very pleasant way of explaining to us when we disagreed on anything: including fares. There were many pleasant auto drivers on the island, but of those we met he was the most articulate. Once we were at a loose end in Bharatpur beach, when we met him. 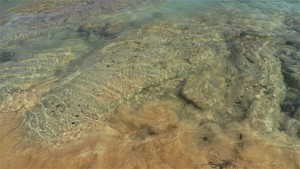 He asked where we wanted to go, and we said that we would go to whichever place he wanted to show us. He took us to Sitapur beach.

That was the first time we saw this beach, with its spectacular crescent of yellow sand, and the wonderful submerged layers of rocks. You can see the clarity of the water in the photo above. I think the rocks must have been heaved up in the 2004 earthquake. I loved the very eroded flat slabs of rock, some with holes bored by piddocks. 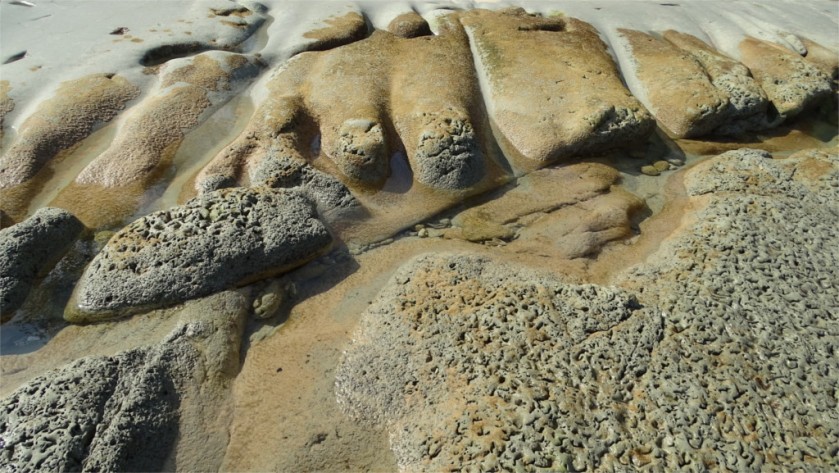 The tide was out, and we walked out over the bare rocks to peer into little tide pools. Some of them had tiny fish which would dart away as soon as they saw something looming above the water. Eventually I captured the featured photo by crouching low on a rock until the fish came to rest. Until I saw the photo, I hadn’t noticed the bubbles at the tips of the fronds of seaweed.

The beach was empty except for us and a French couple swimming in a deep pool among the rocks. We walked up to a distant rock fall and came back. Suman was waiting expectantly, and his face lit up when we answered his unasked question by saying this was a beautiful spot.