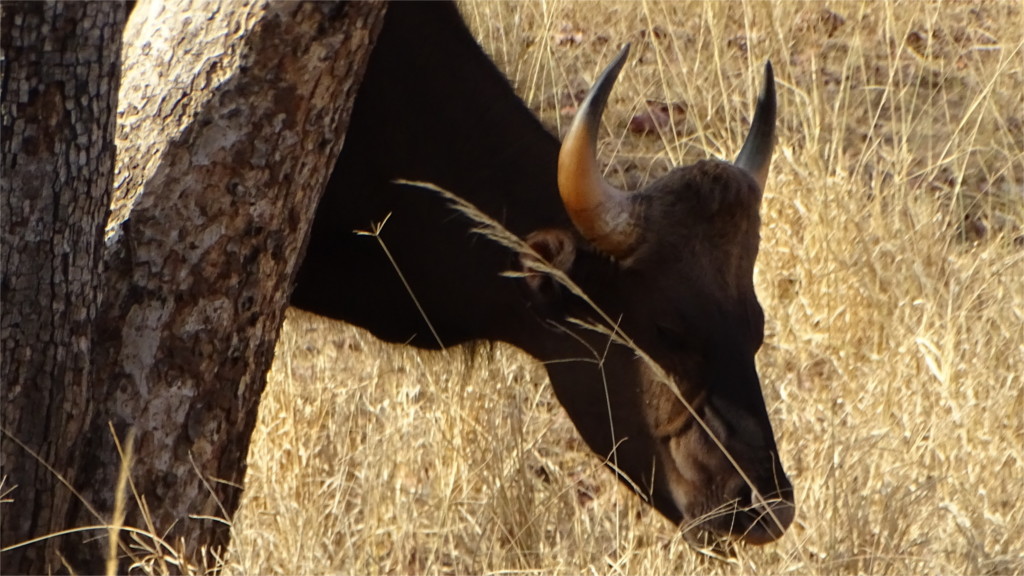 We saw a herd of about ten Gaur (Bos Gaurus) and stopped to watch. They looked around, saw us, and went back to grazing. Maybe they are used to humans, but part of the reason is also their sheer size. An adult can weight as much as a ton, so they seldom have to worry about other creatures. Tigers and leopards do attack Gaur, but they usually pick the youngsters. For a tiger against an adult Gaur, I would give them even odds. I’ve seen a tiger unable to drag away a Gaur which it had killed, because it was so heavy. I’ve also seen reports of tigers killed by Gaur. 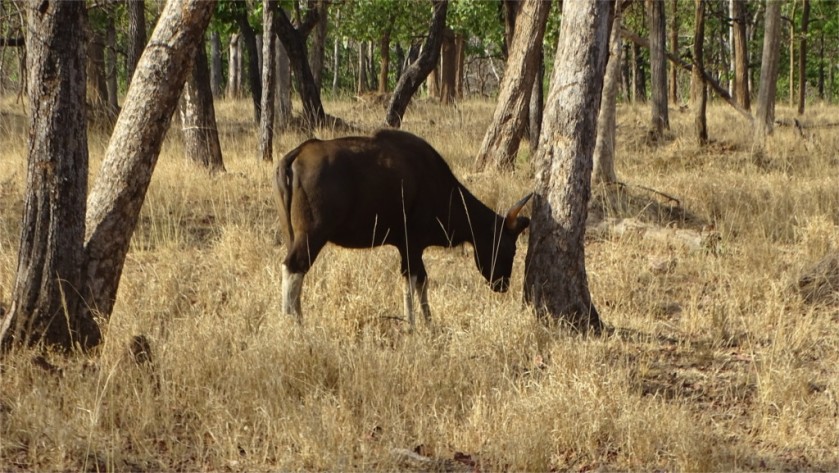 The IUCN Red list considers the Gaur to be highly vulnerable to habitat destruction. If you want to know more about the natural history of Gaur, this is the best document to read. It claims that in the last 50 to 60 years Gaur population worldwide has decreased by 70%. Since it has decreased by only 30% in India, it must have decreased tremendously in the rest of its range. It was found in India and south-east Asia, but has gone extinct in Bangladesh in the last couple of decades. In parts of India, such as Valparai, it is still under threat.

The Bos genus, to which domestic cows also belong, probably diverged from other bovines about a million years ago. Earlier studies had claimed that the European Aurochs (which went extinct in the 19th century CE) are the original stock from which other Bos species diverged. However, recent findings in Eritrea seem to push the origin of Bos back to around 3 millon years ago, and indicate a close relationship between humans and Bos. These studies indicate that Bos and humans left Africa together. Tigers would have started preying on Bos only after their dispersal into Asia. So, the enmity between human and tiger predators of cattle seems to be ancient. 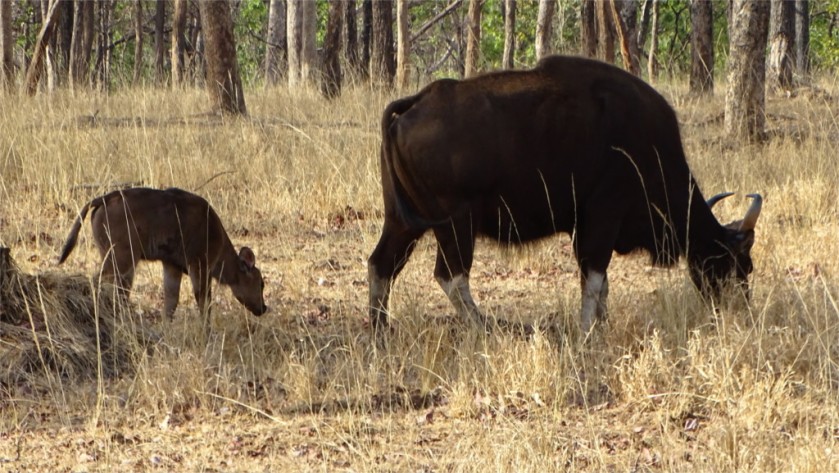 In a well-managed park like Pench, the Gaur population seems to be stabilizing, and probably also increasing. We saw evidence in the form of small calves (photo above) as well as older calves (photo before that). Interestingly, in the early part of the 20th century CE, observers reported that calves are born in August and September. Nowadays, it is common to see calves at any time of the year. The herd we saw followed the common pattern of having some females with calves, some sub-adults, and perhaps a few males. If you know enough about Gaur, then you would be able to tell the male from the female by differences in the horns. I’m not expert enough.

We stood there and watched the herd graze. It has been several years since we saw these wonderful creatures with brown coats and white socks.

One thought on “The World’s largest Cattle”