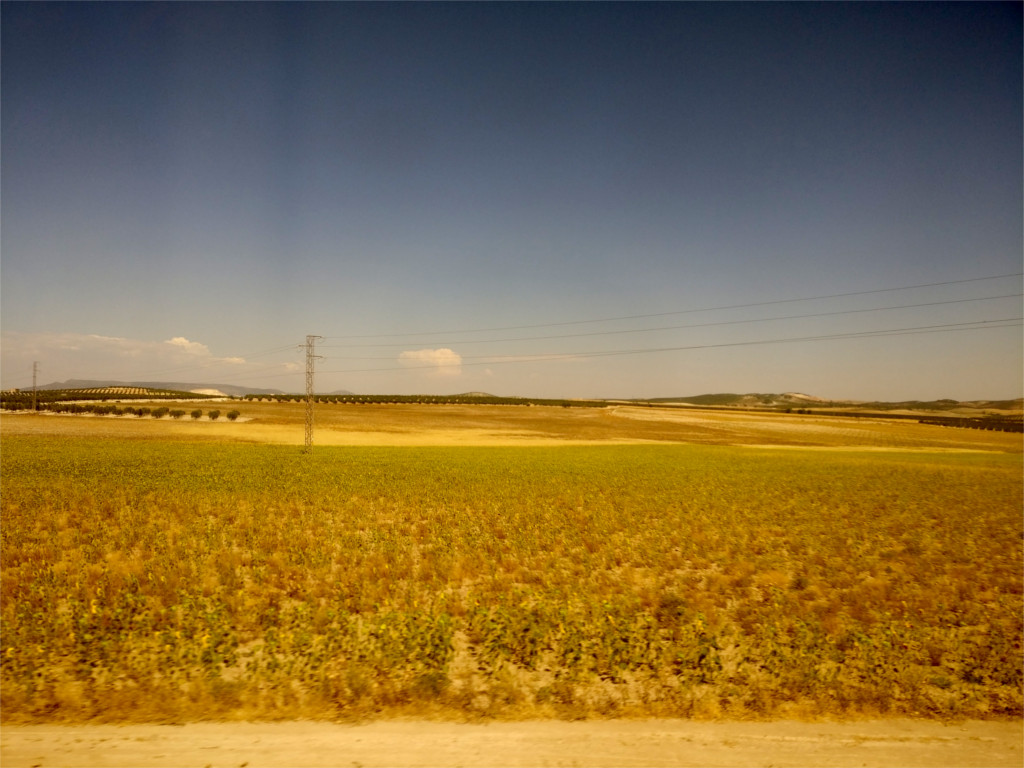 Spain is a large country, as countries in Europe go. Several hundred kilometers between cities is not unusual. We decided to take trains during our trip. There are the high-speed trains (AVE) which travel at about 300 Kms/hour and the slower regional trains which do one-third the speed. You need reservations to enter an AVE. Since we took trains, we saw a lot of the Spanish countryside.

Today, as we travelled on a regional train from Seville to Granada, we looked out at the usual flat landscape. In this season the temperature outside at 5 PM was around 44 degrees Celsius. Fields were dry and yellow. In the rest of Europe you see a mild powder blue sky. Here the sky was like India’s, a blinding blue-white. It looks colourful in the featured photo because I took it through a polarized filter. If I hadn’t, then all the colours would have been bleached out, and the clouds would have been invisible.

The Family looked out and said "The countryside is so flat." That it is, as you see in the featured photo. We’d seen this flat countryside between Madrid and Barcelona, and then again on our way to Seville. Now it looked like it was going to be flat all the way. 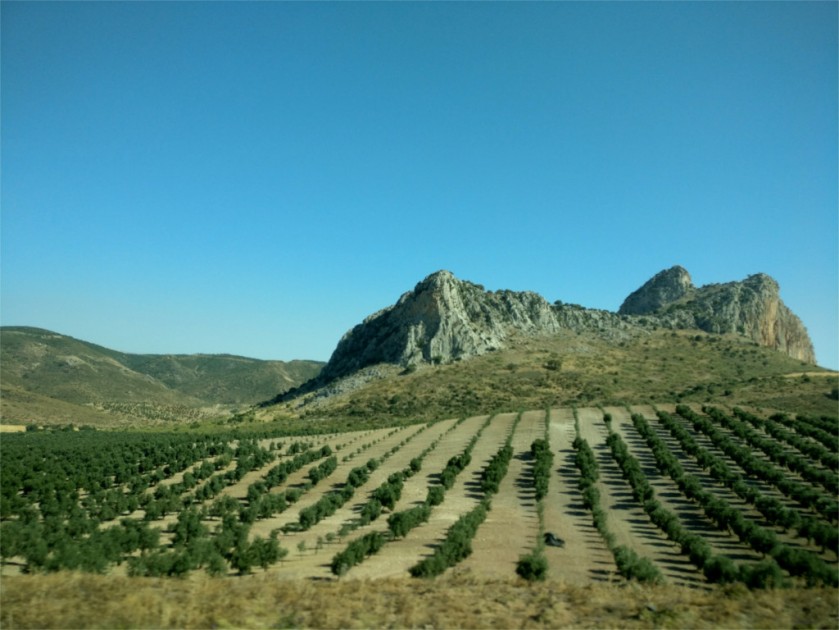 We had a little surprise about an hour out of Seville. An announcement on the train told us that there was work on the tracks, so our train would stop at the next station. We were to get out and follow railway staff who would take us to a bus. We’d noted earlier that changes are conducted very efficiently by the friendly staff who take special care of foreigners, even though they usually speak very little English. We came to some buses parked near the exit from the station. Someone told us which was the bus to Granada.

On the highway we finally saw some hills. You can see one of them in the photo above. Tomorrow we plan to climb one which stands at the centre of Granada to see the Alhambra.

6 thoughts on “The Spanish countryside”