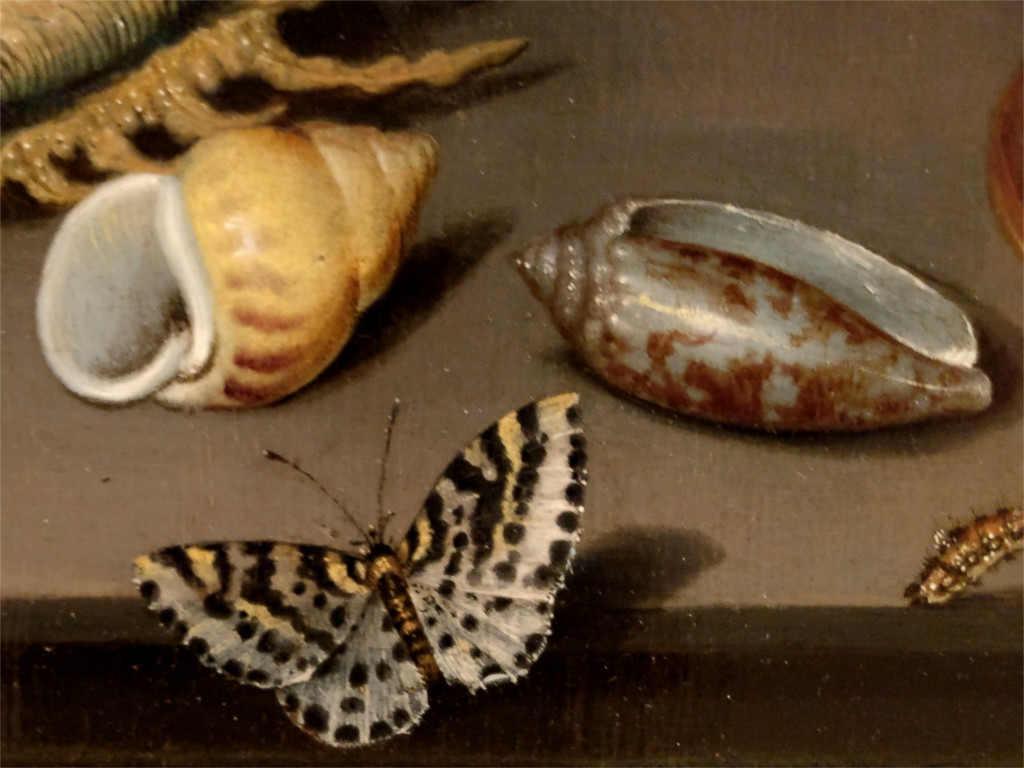 There’s a clutch of very famous 17th century Dutch painters whose paintings we usually take to define the style. You can walk through a gallery of paintings from this period pausing only at the Rembrandts and Vermeers and Hals. But this time and place also produced a set of very skilled still-life painters. Walking through the galleries in the Thyssen-Bornemisza Museum in Madrid, I was reminded of this. The names Ambrosius Bosschaert or Balthasar van der Ast were not familiar to me, but when I stopped in front of their canvases (detail from van der Ast’s just below, from Bosschaert’s in the featured photo and the last one in this post) I was immediately drawn into their world. 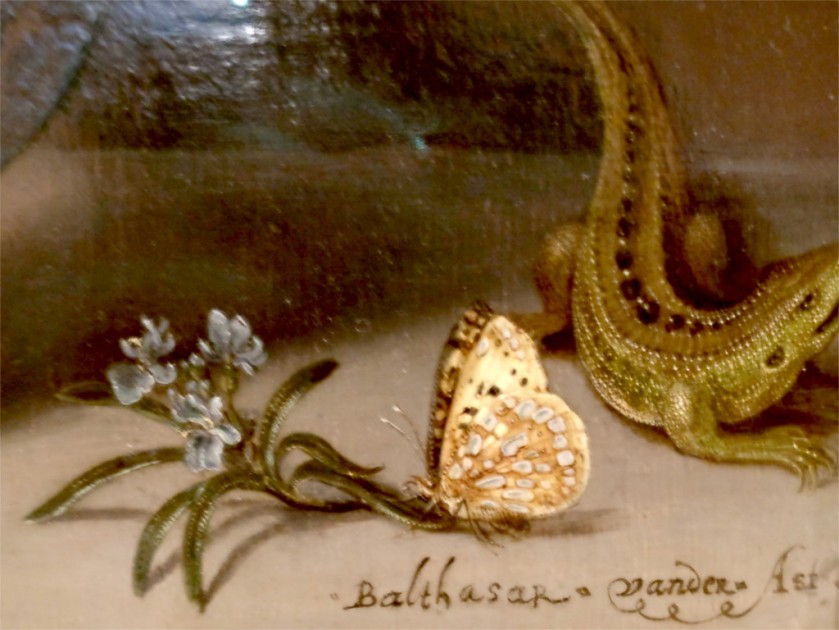 The Thyssen-Bornemisza is one of Madrid’s Golden Triangle, the others being The Prado and the Reina Sofia Museum. This was the private collection of the Baron Thyssen-Bornemisza, who started by buying up the collections of American millionaires who had fallen on hard times during the Great Depression. I decided to spend half a day in this museum because it was extremely hot outside, and I had half a day between checking out of my hotel and catching my flight back home. 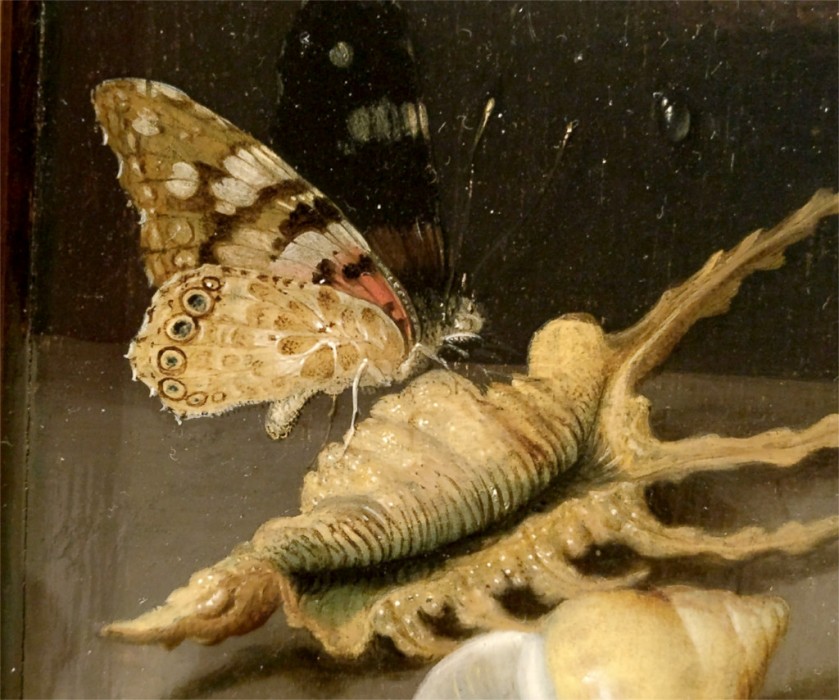 With these three examples of the many butterflies I followed in this part of the collection, I thought I’d managed to spend one of the hours in this museum quite fruitfully. In slow stages I moved on to the abstractions of the early 20th century. This museum is the missing link between the collections of the Prado and the Reina Sofia, so it was an afternoon well spent.

2 thoughts on “Hunting butterflies in a museum”