I had too little time in New York to listen to new music. I passed by the New York Public Library, but it may require prior arrangement to look at the papers of Charles Mingus which it holds. In any case, I did not think of it until I passed the stone lions guarding, among other things, the life’s work of a musical genius (photo below). I do not really think of Mingus and his music in terms of geography, but if I had to, I would associate 42nd street with it. Sure enough, I met up with Charles and Sue Mingus outside the Oyster Bar in Grand Central Terminus (featured photo). 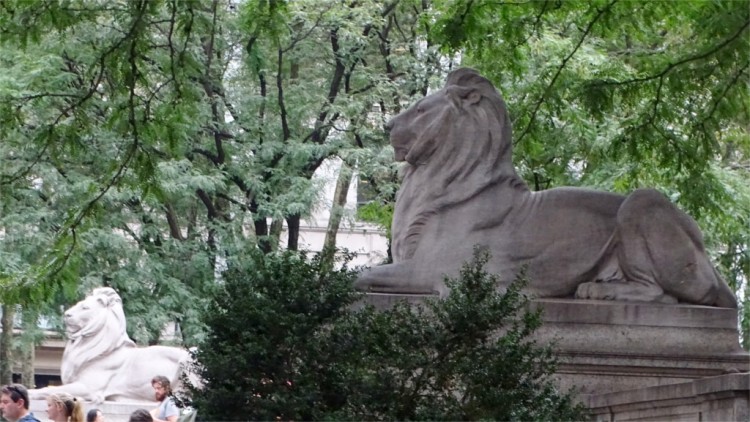 The low curved roof at this junction of passageways is held up by four pillars, some of which you can see here. They form a whispering gallery. I found travellers pausing to try this out: one of a couple would stand at one of the pillars, and the other would go to another and whisper something. It works, because they would then go off laughing together.

It is said that Charles Mingus proposed to Sue through this elaborate long-distance method. I haven’t found this story in Beneath the Underdog his rambling book which we have to count as his autobiography. Perhaps it is there in Sue Mingus’ memoirs, called Tonight at Noon. I should read it.

Just for that I walked up to 10th Avenue on 42nd Street. Another block north, and I could have gone to stand at the address where Charles Mingus last lived. I did not have the heart to do that.