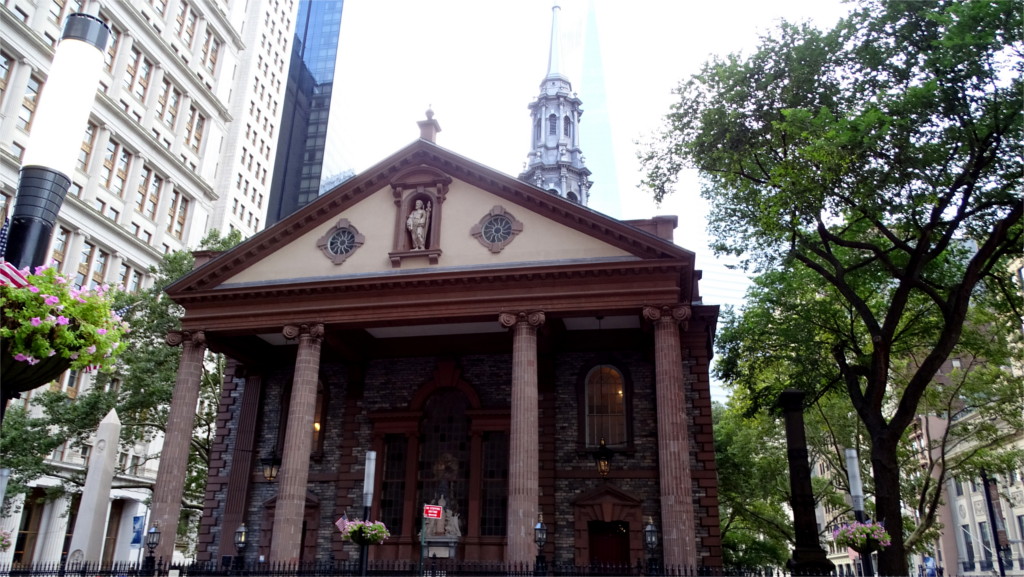 A part of Broadway in lower Manhattan is called the Canyon of Heroes. Ticker tape parades used to take place along it, and these are now commemorated through granite plaques installed along the sidewalk. I walked along, looking at the strips reminding people of the games won by New York’s Yankees and Mets. On the way was the wonderful Georgian chapel you can see in the featured photo.

This is the 250 years old St. Paul’s Chapel, by now the oldest surviving building in New York. Interestingly, the building is made of the bedrock on which the island of Manhattan rests: the rock called Manhattan schist. The chapel is more well known because George Washington came here on the day of his first inauguration, and continued to come here regularly during the years when New York was the capital of the country. 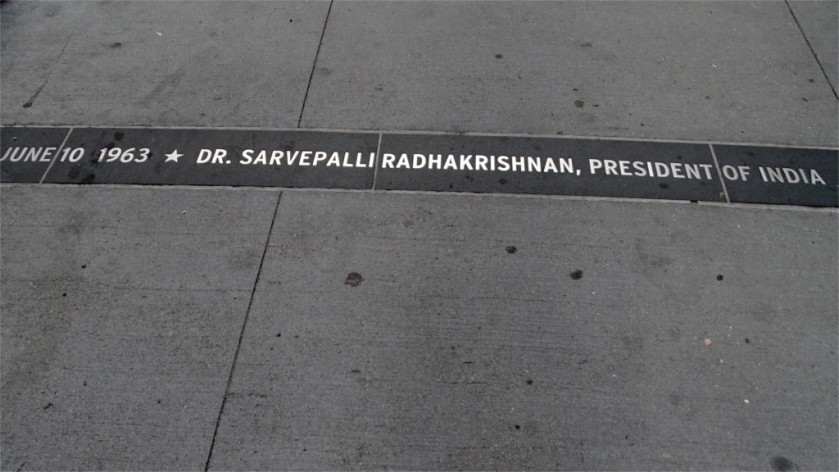 I brought my attention back to the pavement of heroes: astronauts from the early days of space, Haile Selassie, and then, Radhakrishnan, the second president of India. I didn’t know that any Indian president had a ticker tape parade. The date was interesting: June 10, 1963. That’s the day Kennedy announced that the US was ready to enter into negotiations to stop atmospheric nuclear tests. About a year before that, China had invaded India during the Cuban missile crisis. At the end of the crisis, China withdrew its troops unilaterally. And on the same day that the US was ready to start on a new road to peace, the Indian president was given a ticker tape parade on Broadway. International politics was different then, but not completely different. Geography has a way of causing history to flow along certain channels.