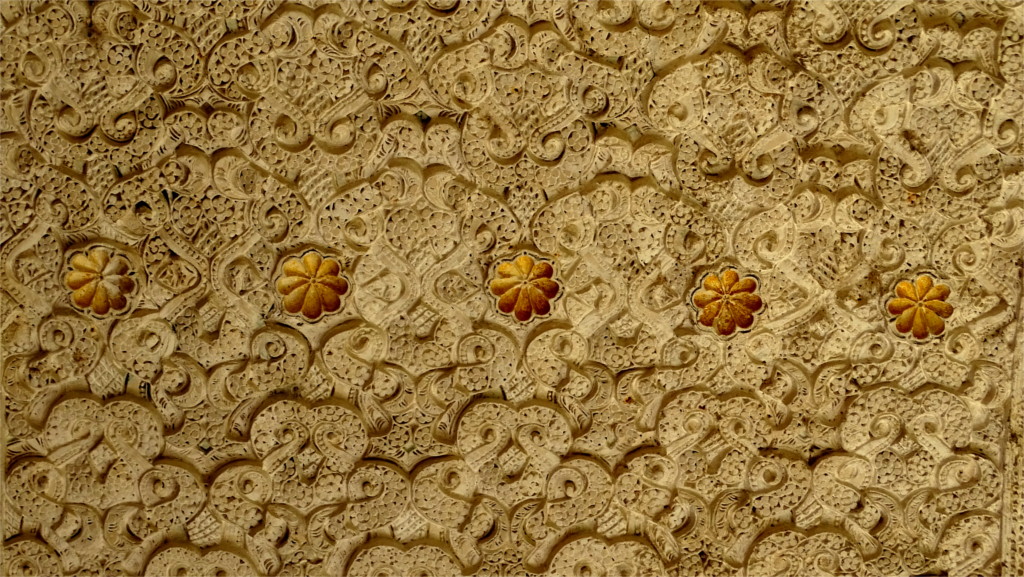 We were very naive about access to monuments in Spain. We should have bought tickets on-line a while before our visit, instead of arriving and standing in queue. The queue moved fast, but the tour of the upper part of the palace was sold out. We were restricted (if that is the correct word) to the vast ground level of the complex. This gallery covers only a small part of the enclosure.

Fountain in the first courtyard 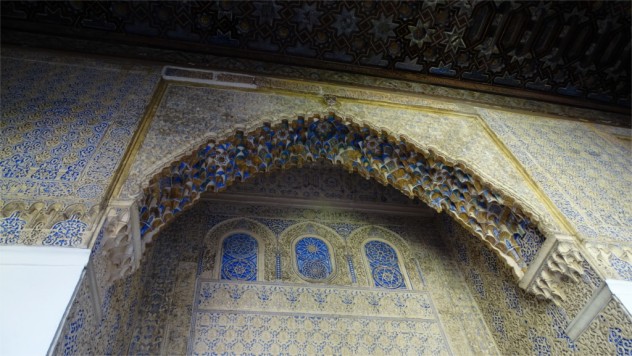 A niche and arches 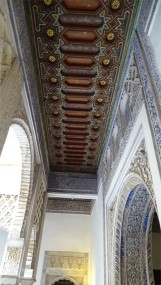 Corridor around the Patio of the Dolls 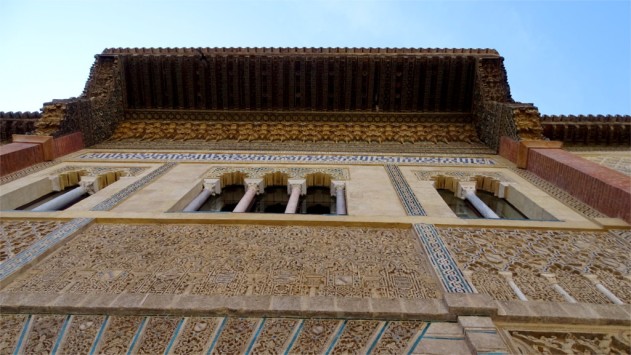 Dome in the Hall of Ambassadors 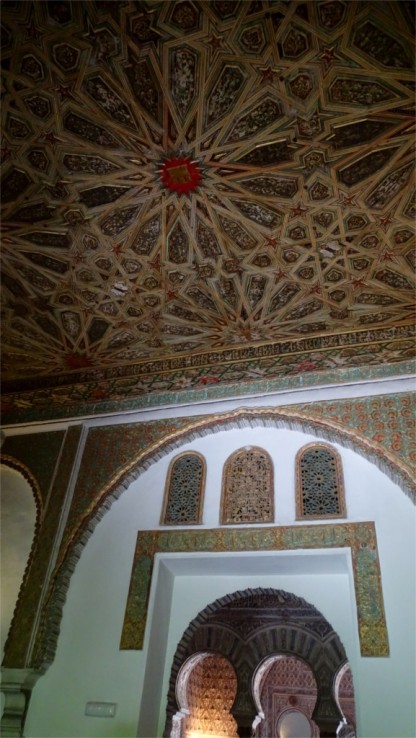 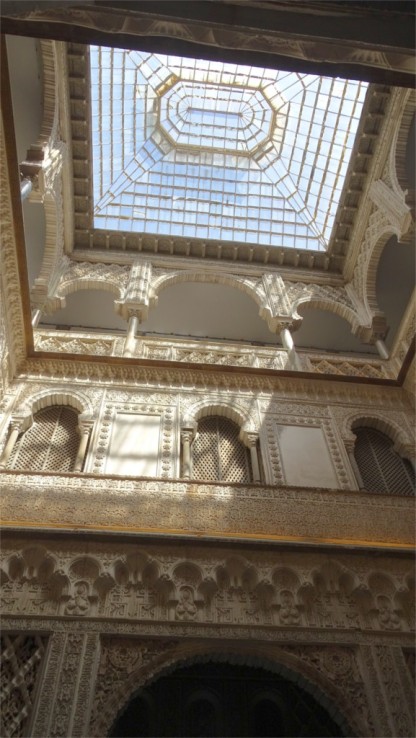 Patio of the Dolls

Detail of an arch

First view of the palace

The construction of the Moorish part of the complex was started in the 10th century, and continued till the 13th century. During the 12th century, the Almohades caliphate built the parts that are shown in the gallery above. I lost myself in the intricate work in stone and wood, and the interplay of wind and water for cooling. Along with the calligraphy that you see in the photos, these are characteristic of the Mudejar architecture of this part of the world.

8 thoughts on “The Moorish Alcazar of Seville”