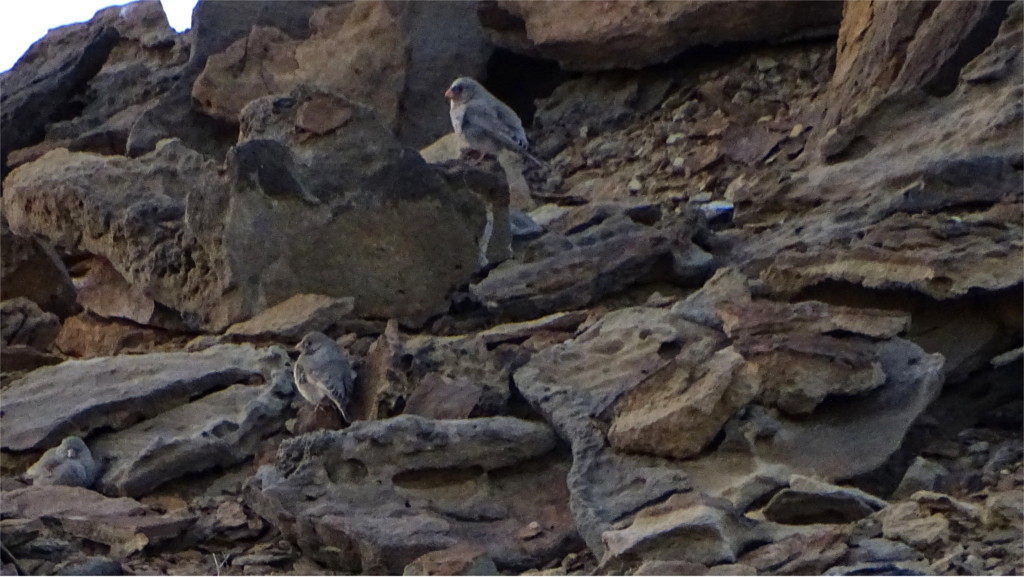 Evening, the golden hour, seems to be the time to see Bucanetes githagineus. The name does not roll off the tongue very easily. I prefer to call it by its common name: the Trumpeter finch. I saw a bunch one evening in a hill of broken rock in the middle of the desert. They were hard to spot because their colours match the rock so closely. The best light was over when we spotted them. I would see them by their movement, and then lose them when I zoomed in. It was a very unsatisfactory lifer.

The Trumpeter finch is rarely seen in India, but is common over the arid zones to the west: the Arabian deserts and parts of the Sahara, where they breed. The thick triangular bill is tuned to feed on oilseeds, but this finch will not sneeze at insects and grasses. Usually birds which live on dry food like seeds will need water some time during the day. I wondered where they would find water in that rocky desert in which we spotted them. 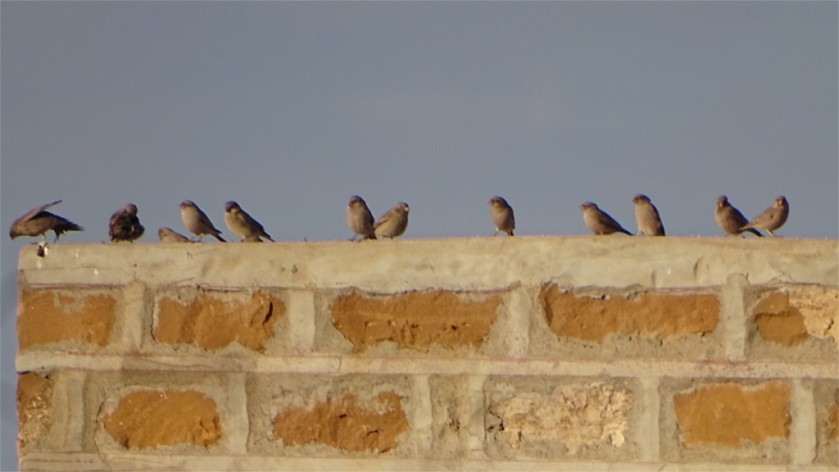 The next day, at the same time, we were surprised to find a bunch of these finches in the open near a village. They were there for water. The sightings were almost a hundred kilometers apart, so there must be many Trumpeter finches in the Thar desert. As you can see, the birds are gregarious. The colourful bills distinguish the sexes: the females have yellow bills, and the bills of males are more red in colour. Interestingly, these colours are derived from carotenoids in their food. The difference in colours is due to metabolic processing of the chemicals, which differ between males and females. The light pink colour at the chest which also distinguishes the male is likewise derived from ingested carotenoids. I found it hard to believe that if the bird is restricted to food without these chemicals it would change colour. But apparently that is how it is. 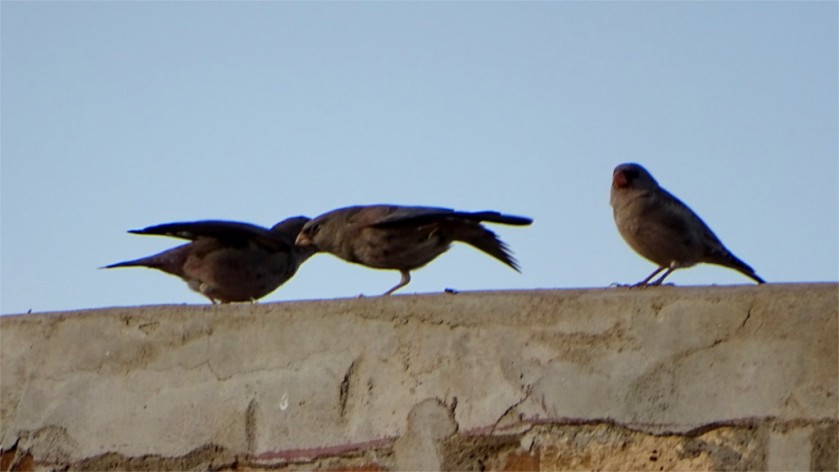 Since the 1970s Trumpeter finches have begun to breed in southern Spain. There has been speculation that this northward creep of the breeding range makes it a bellwether for the range deformations that climate change is bringing. These finches are also found to have very low counts of parasites in them. The first instances ever were found in the Spanish population. It is not known whether the lack of parasites is due to the absence of naturally evolved parasites in their original range, innate resistance to parasites, or lack of vectors. Whether the extension in range introduces new parasitic challenges is also something that one should watch for. After all, with climate change, and the resultant migrations of animals, new diseases could easily sweep through populations. It is sobering to think back on these sightings and realize how these small birds could relate to some of the largest changes in the world around us.