The little village of Thattekad had a small church on the road close to the beginning of the Salim Ali trail. I’d seen churches like these elsewhere in Kerala. The architectural grammar is close to that of a temple. The ground plan is not a cross like the churches of Europe. Rather, there is a little tower directly over the chapel. There are sloping roofs to direct rain away from the building. Most such churches have a steep cap of a roof standing atop the tower. The flat terrace of this one was a little unusual to my eye. Maybe I’ll see more such if I travel again in Kerala. It looked like an inviting place where a worshipper could duck in, say a quick prayer, and be on her way in a short while. 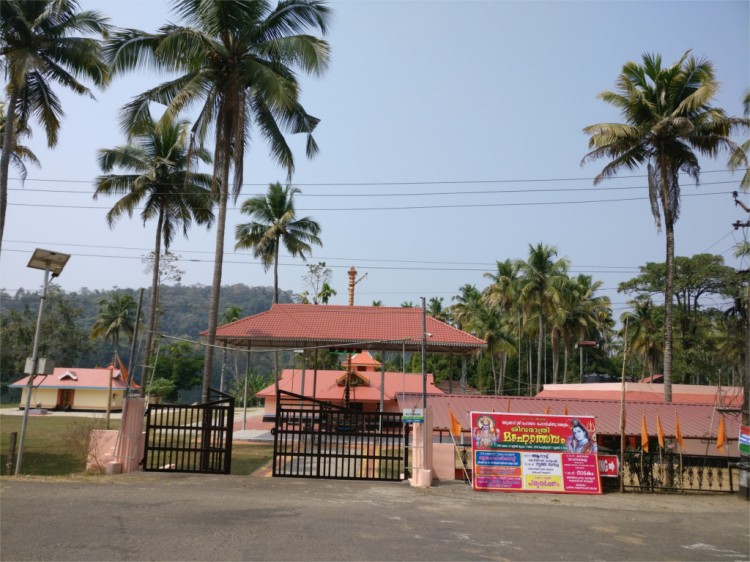 The Siva temple down the road, next to the Periyar river was a much more grand affair. The tall flag pole (called dwajastambam) stands above all other structures. In large roofed open structure in front of it is the mukha mandapam where, I imagine, devotees will sit during a festival. The main temple, namaskara mandapam, can be seen beyond it. The pyramidal roof of the namaskara mandapam looks like the temple interior is pretty large. The rest of the structure looks a little sketchy. The mukha mandapam is like an open shed, and the elaborate gopuram of most temples is replaced by a simple cast iron gate. Perhaps this is still work in progress.