Let’s get this over with: when you go to Kaziranga expect to see Indian one-horned rhinos everywhere. We saw many of them grazing on the grass in the distance, several crossing the road, others cooling off by floating in water. We saw one bad tempered brute chase another off its patch of short green grass. Elsewhere we saw a badly injured male: gored by another’s horn in the plate between its shoulder and neck, its own horn broken, and possibly another injury on a back leg. Such fights are uncommon, but a grazing rhino is not to be trifled with. Kaziranga is a conservation success, having brought the Rhinoceros unicornis back from the brink of local extinction: there are more than 2000 individuals in the park now. 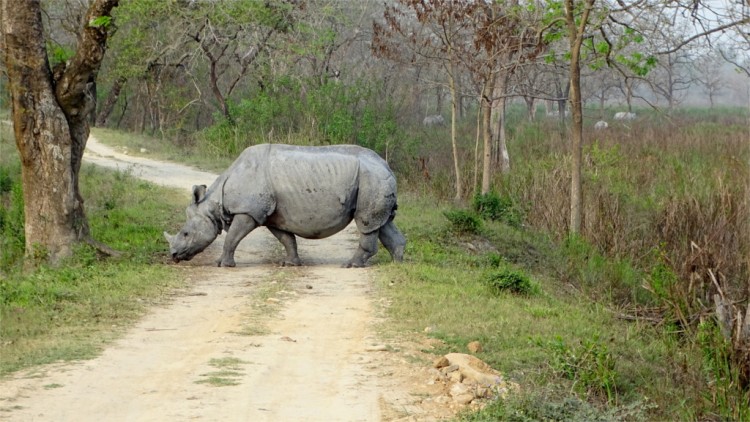 “Do tigers hunt rhinos?” I asked The Family. She didn’t know either. But our question was answered by one of the jeep drivers who heard from the grapevine that one jeep had just seen a rhino charge at a tiger and drive it away. There are reports of tigers killing rhino cubs. But the armour and temperament seems to be a defense not only against tigers but also against larger extinct predators. The genus Rhinoceros is about 50 million years old. They were hunted in the past by giant crocodiles, dog-bears, giant proto-hyenas and humans. The evolution of Indian rhinos 2-3 million years ago carried forward the armour plates of earlier species, and perhaps also their short temper. 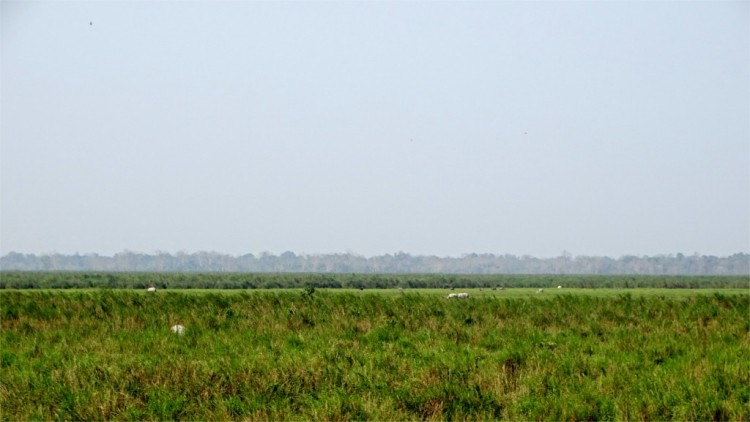 The IUCN red list lists this species as vulnerable, a step up from endangered. It reports that the population is in excess of 2500 individuals, and increasing. Nevertheless, the species is vulnerable because 70% of the population is found in Kaziranga. Strangely, in spite of the huge conservation effort, there have been few studies of the species. I could not find a definitive list of the plants it eats, nor much about its life cycle. How long do most individuals live? As with so many other vulnerable species, there is much to be learnt yet.