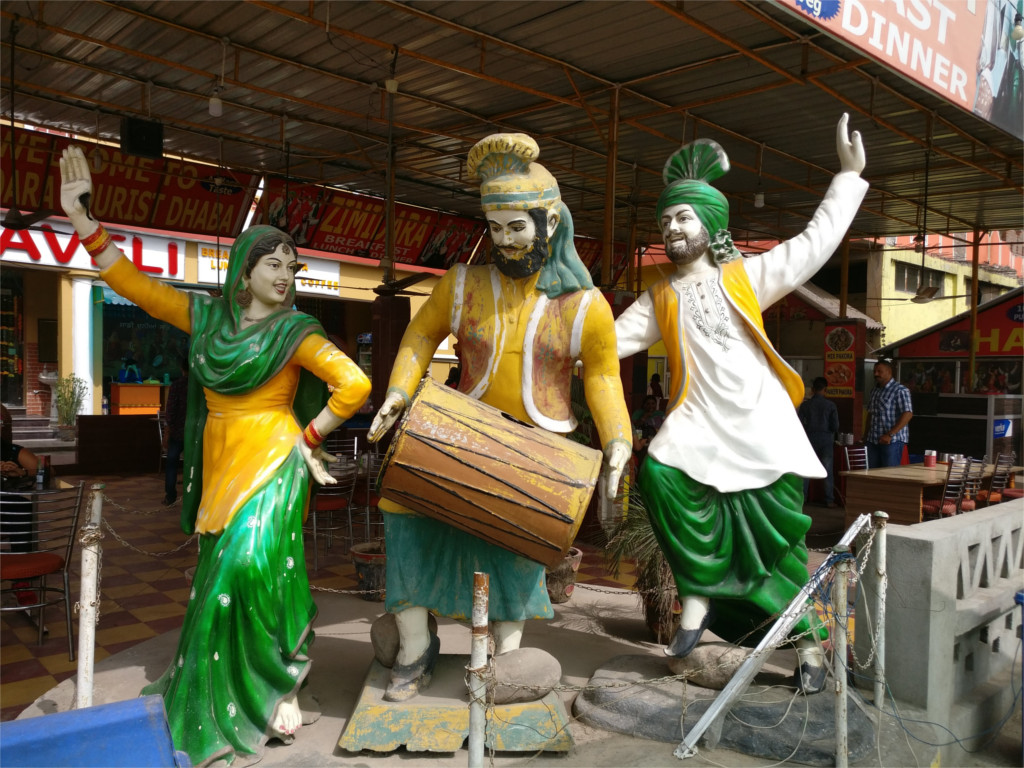 Our roadship took a long time to pull out of the gravitational attraction of Chandigarh. After a couple of hours dodging the motorbikes and tractors in its accretion zone, we were poised to take off into the hills. But then Soni ran out of fuel. “You have to eat before you leave Punjab,” he told us, “There’s no food after this.” We coasted to a halt outside a dhaba which looked like it came out of the sets of Jab We Met. An ensemble from rural Punjab was captured in the middle of a bhangra right in front of the dhaba. 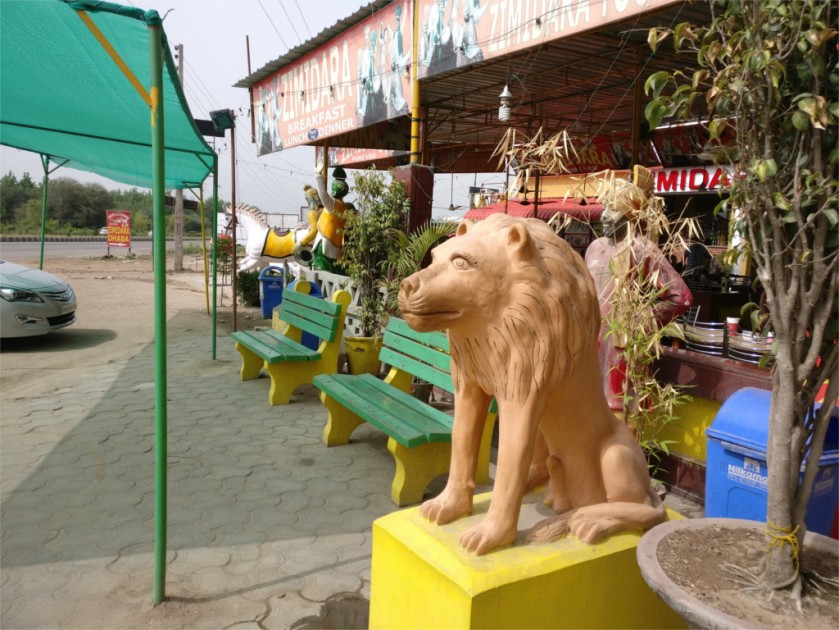 We stretched our legs and The Young Niece strolled in to check for a fix of her sugary aerated drink. The rest of us got our caffeine with less added calories. I paused at the gate to take a photo. There was a pair of strangely understated lions welcoming you into the establishment. It seemed that The Family had convinced The Young Niece to try out the lassi instead of the usual bottled drink. Since 10% of Punjab has diabetes, I’m not sure that the calorie content was lower, but at least this drink had some protein in it. 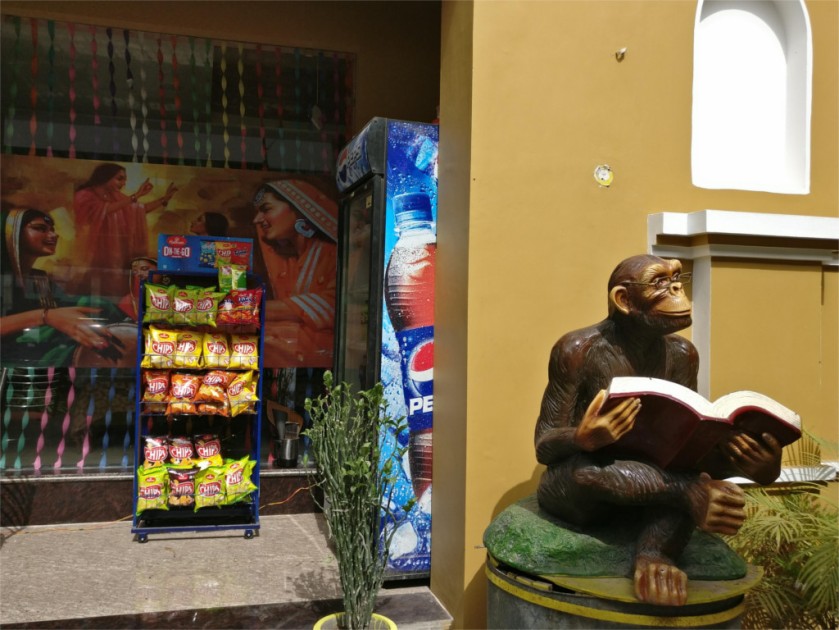 I strolled around the courtyard looking for the toilets. The dhaba seemed to be a franchise, with several different shops set up within it. At one I found this wonderful statue of a well-educated specimen of the genus Pan. I wasn’t sure whether a smile on the face of a chimp was supposed to be reassuring or threatening. It wasn’t showing its teeth, but I thought it wise to retreat after taking a quick photo.

A second gate was flanked by horses ready to set out on a wedding procession. It seemed to be taking some time saying goodbye to a strawberry man. Is that a better argument, or a sweeter one, than a straw man? A sugar high from a sweet and milky tea can set you thinking of strange things.

The Family wanted to take a look at the food shops around the entrance. Before I could enter, I found a sign which caught me. Kitsch is not just visual. The idea of a chocolate paan is as kitschy as that of the chimpanzee reading a book. Soni had finished his breakfast. He complained that the parathas were not as good as they were the last time he stopped here. We belted up. Nothing stood between us and the hills now.

6 thoughts on “Stop before crossing the border”