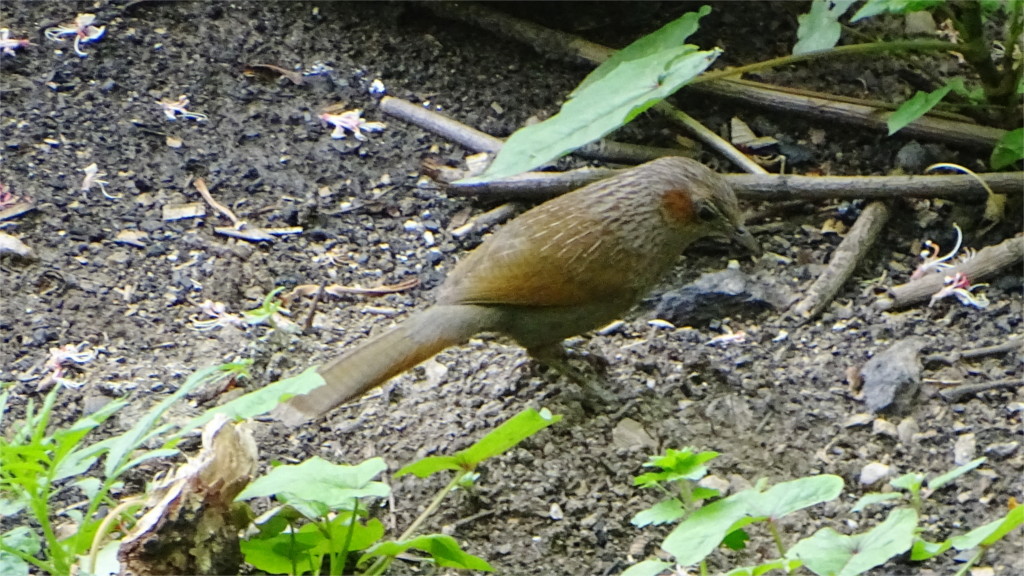 I just found what I’ve been doing wrong all these days: laughingthrush should be one word! I’ve seen several of them before, and thought of them as a variety of thrush, but apparently they are all classed as one separate genus, the Garrulax. We saw this Streaked Laughingthrush (Garrulax lineatus) on our aborted trip to the gates of the Great Himalayan National Park. It was quartering a ledge below the path we were on, examining the ground very closely. This behaviour clearly meant that it was an insect-eater looking for its next meal. Traditional classifications place 45 species into this genus, but recent genetic studies indicate that these birds and the babblers have to be re-classified. This causes a confusion about whether to call the bird Garrulax lineatus or Trochalopteron lineatum.

No matter what biologists call it, the Streaked Laughingthrush is common across the Himalayas and can also be found in Afghanistan, Tajikistan and Uzbekistan. My first sighting of the bird was ten years ago, in Bhutan. But I should rethink that, since the Bhutanese subspecies is now said to be a separate species, the Bhutan Laughingthrush. Avibase records four subspecies. The region we were in showed a very high number of reports of this bird. Looking at the map of the reports, I wonder whether the density of sightings has to do with the number of birds or the number of watchers. It is quite possible that the bird is evenly distributed across the Himalayas. A survey in Uttarakhand found it at all altitudes they surveyed: from urbanized areas at an altitude of about 500 meters, to forests at heights of over 2 Kilometers. Studies like these lead to the IUCN’s classification of this bird as being of least concern for conservation action.

4 thoughts on “A Laughingthrush”