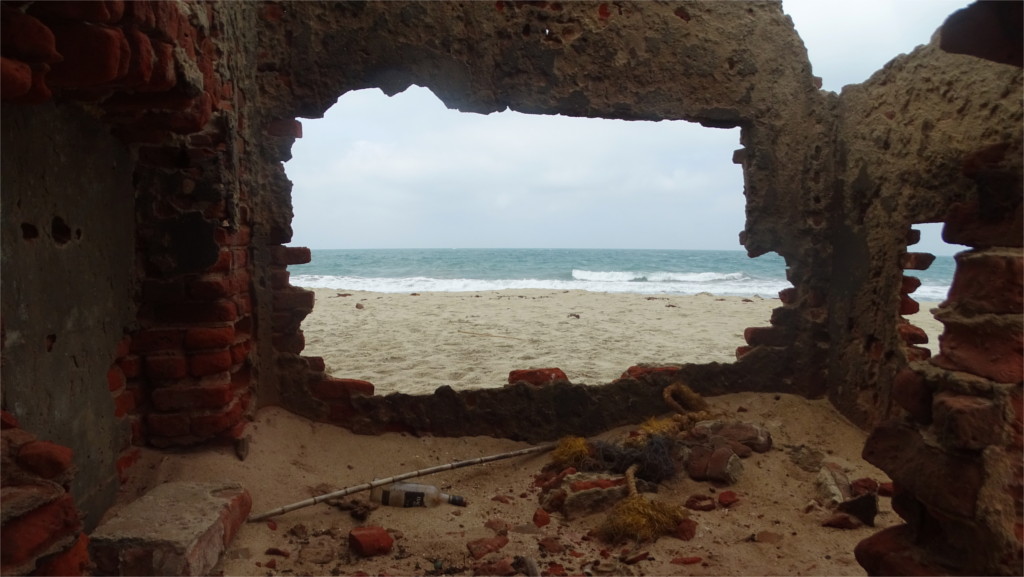 I had read up on the Christmas cyclone of 1964 before travelling to Dhanushkodi, but nothing had prepared me for the sight of the town which was destroyed by what we would now call a super cyclone. This was one of the first such storms to be imaged by satellite, and the largest storm which has ever straddled the equator. On the bright and sunny day when The Family and I walked through the destroyed town it was hard to imagine the storm. 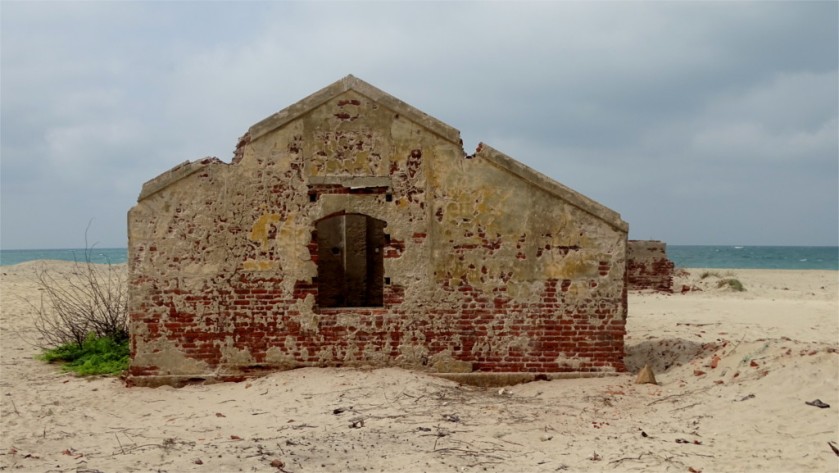 A low pressure zone was spotted in the Andaman Sea on December 15. This grew as it traveled west-northwest towards Sri Lanka. Satellite imagery was at its infancy at that time, but the storm was unusual enough to attract attention. It developed peak steady winds of 240 Km/hour, with gusts estimated at 280 Km/hour, just before it hit Sri Lanka on December 23. The storm surge peaked in Dhanushkodi and reached 7.6 meters, completely drowning the town. A train was submerged killing 200 passengers. 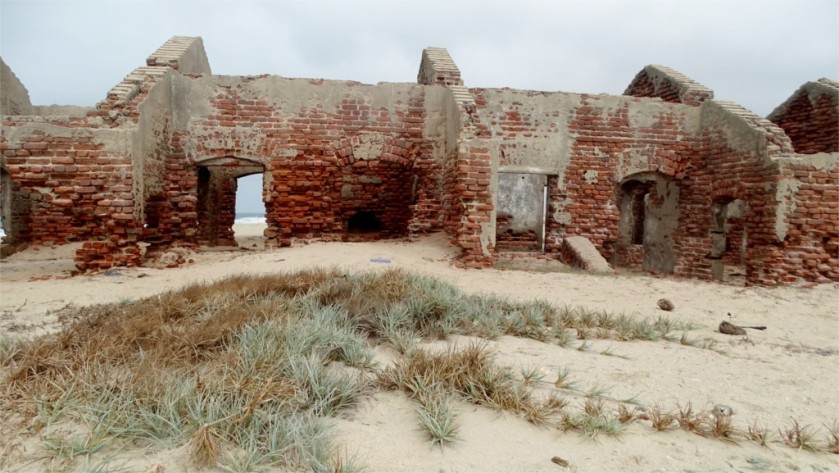 The port of Dhanushkodi was an important link with Sri Lanka since 1914, with a busy custom house. Over 800 people drowned in the town, and many fishing boats were lost. A single road now passes through a narrow spit of land. We saw a row of broken houses near the old railway station and decided to walk up to them. They looked like colonial bungalows, the kind that would house the families of high-ranking railway staff. 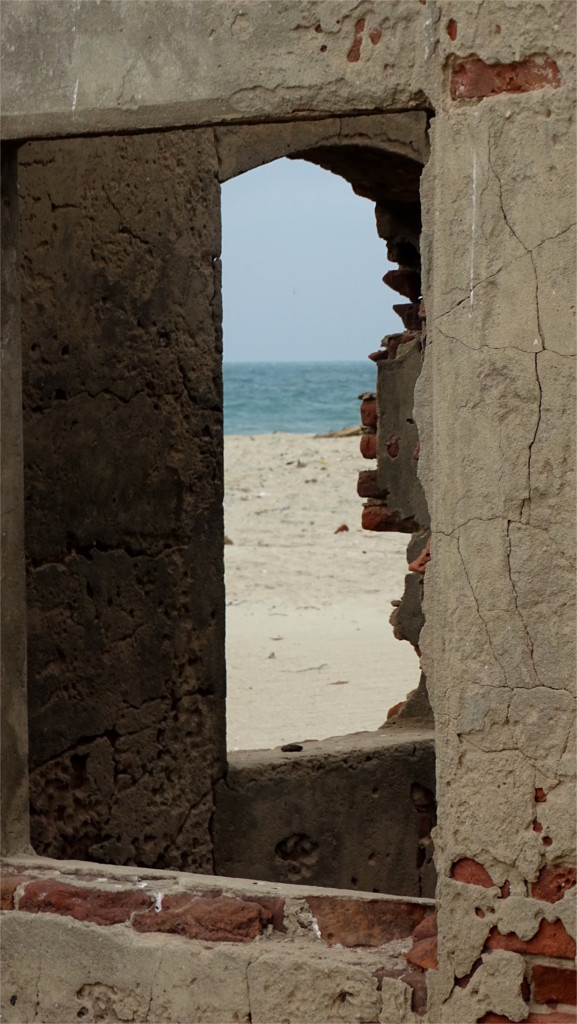 The Family and I walked separately around the lonely building. The sea was slowly reclaiming it. Buildings of this kind had tiled roofs. They must have blown off right at the beginning, and the storm surge would have engulfed the whole structure. If there were people inside, they had no chance of survival. There is nothing here any more. Empty doorways gape at the sand and sea. 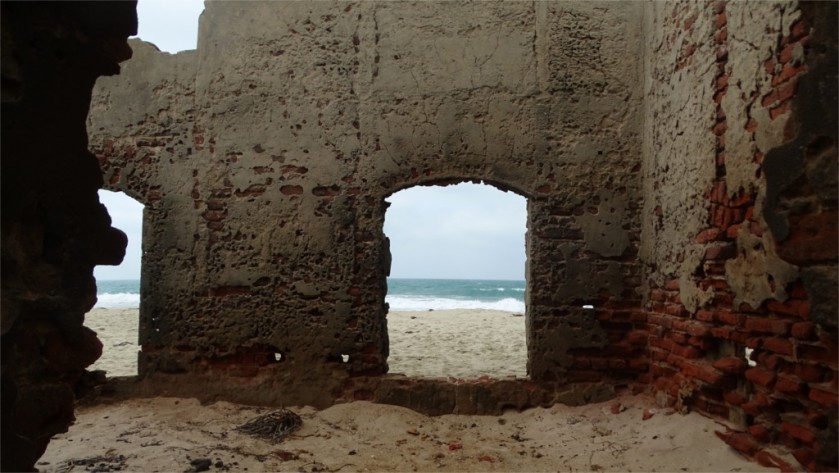 I had expected to find moss and growth. There’s very little of that. The tides wash up high fairly often these days. The coral reefs were destroyed in the storm, and the sea and sand have been shifting ever since. The plaster over the bricks is slowly falling away. The exposed bricks were wet and bright red. The tide was now at its lowest, but the bricks had not dried since the last high tide.