The drowned town of Dhanushkodi was big. You can still see the railway station, a post office, a big school, and a church. From the road I saw the front of the church with its niche for a bell. We’d just wandered through the ruins of some houses, but Sathiamoorthy was happy to stop the car. I walked up to the church wondering whether the bell tolled as the Christmas super-cyclone of 1964 approached. Maybe they had tied it down against high winds earlier. 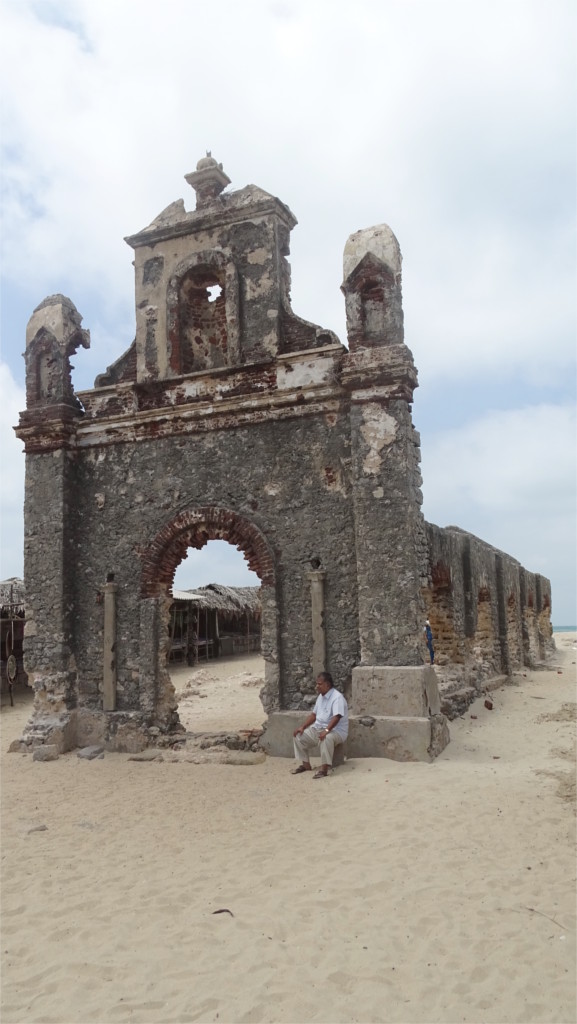 More than half a century, two generations later, there is no sense of tragedy here: only a romantic ruin standing on a clean beach. There’s a steady trickle of tourists. I waited for families to finish taking their group photos in front of the gaping doorway of the church. The last family was large, and apologized for the long time they were taking. I was happy to wait, I assured them. When they went in, the grandfather said to me, “I can’t walk any more.” I told him he was not in the way. I liked him sitting there to give a scale to the photo. So many tourists stop here that a large cluster of shops in shacks has sprung up around it. 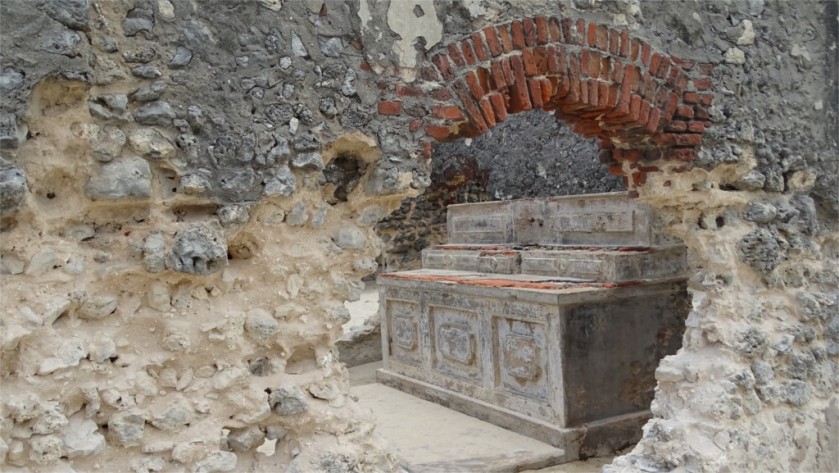 I walked around the structure and looked in through a hole in the wall to find that the altar is fairly undamaged. It would have been raised fairly far above the pews, but it is now level with the sand. I realized that the hole that I was looking through would have been a window, possibly raised waist high above the floor of the church. That is a lot of sand, but then it has been many years since the church was abandoned. 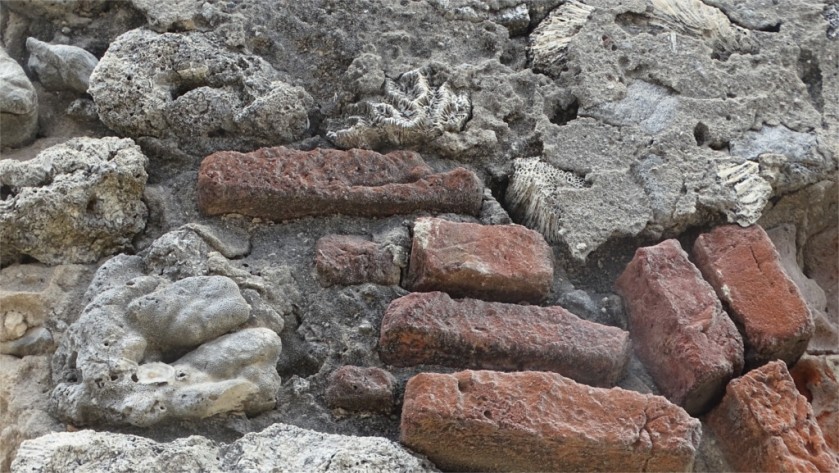 There was something interesting about the wall. I stepped forward for a closer look. The church walls had been built of blocks of coral, brick was only used in arches. What an amazing thing to do. The church must have been for the use of the British functionaries here. Stones had been transported to make the railway station and the port. Bricks had been used in houses. It must have been a conscious decision to make this church out of coral. You can see three different types of coral in the photo above. The storm of 1964 killed the reefs here. I wondered whether the previous half a century of work in the surrounding waters had depleted the reefs so much already that the storm just struck a last blow. 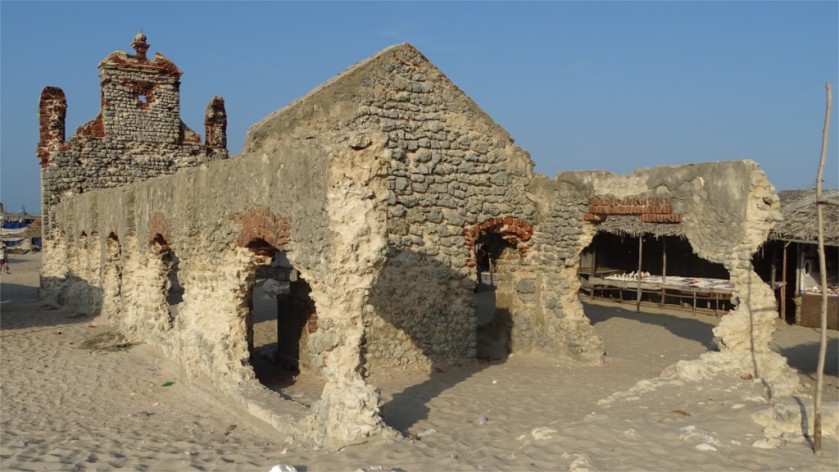 We came back later before sunset to walk on the beach here. The sand is very clean. There aren’t even the remains of sea shells. From the number of shops here which sell things made of sea shell, I guess there must be beachcombers busy at work after every high tide, picking up whatever has been washed ashore. I walked out towards the incoming tide to take this photo. The salt wind and water must be at work to wear down this remnant of a short lived port. The atmosphere is gently corrosive. No lichens or moss grow on the walls of this church. We were on the verge of a bad sunburn as we walked away.

17 thoughts on “Church of coral”