Reading Western accounts of Taoism may lead you to wrongly believe that it is an austere philosophical way of life. But, in its day to day practice, it is far from this. The religion is full of gods who may be worshipped with incense, fruits, and money. The temples are big and shiny, full of numerous subsidiary gods. The Temple of the City God (Chenghuang Miao, 上海城隍庙) in Shanghai is a glittering example. Every walled city in China would have its city god temple: the word cheng means wall and the word huang means moat. Shanghai got its temple during the reign of the Yongle emperor in the 15th century. 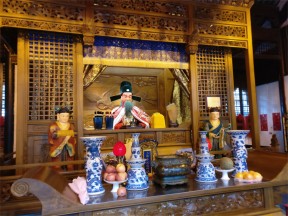 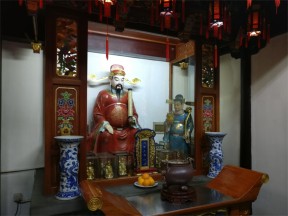 Chen Jingong, part of the pantheon of wealth 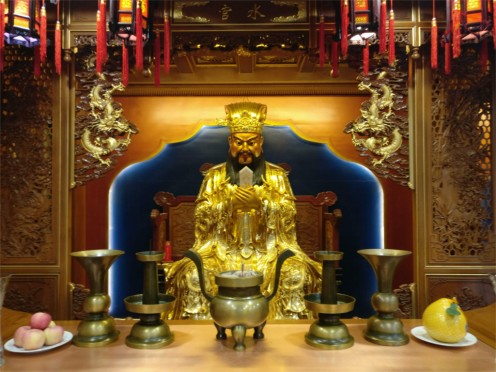 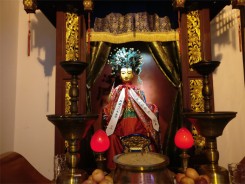 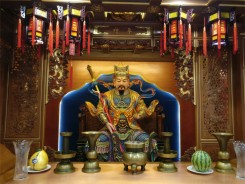 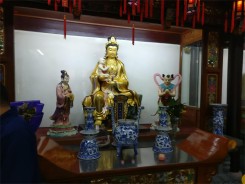 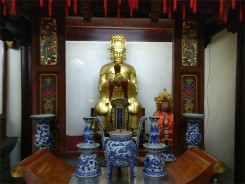 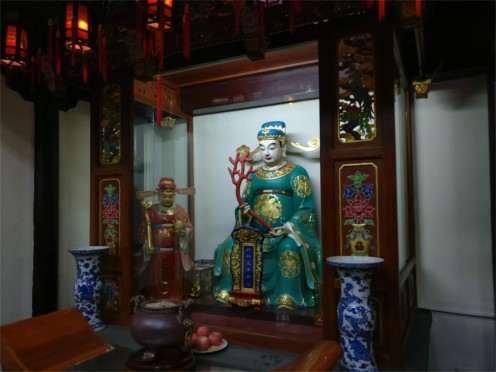 Yao Shaesi, another god of wealth 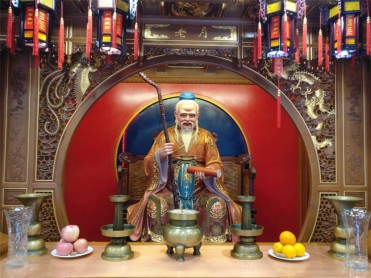 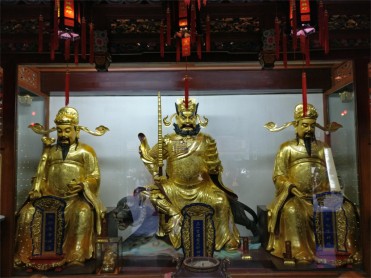 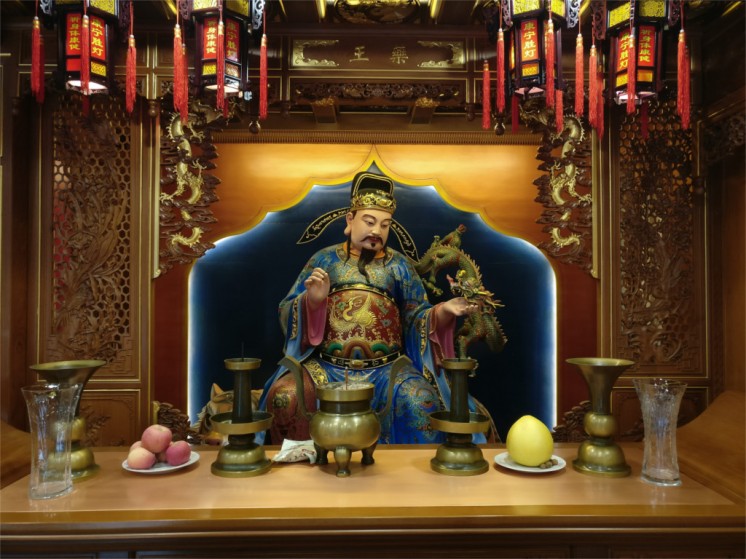 We had missed seeing this on our first visit to Shanghai three years ago. Local tradition holds that if you haven’t seen Chenghuang Miao, then you haven’t seen Shanghai. So this time we paid for our tickets and breezed through the busy temple. The main city god seems to be Qin Yu Bo, a 14th century bureaucrat declared to be the protector of Shanghai when the Yongle emperor decreed the construction of this temple. Signs in English are few, and I managed to figure out only the city god and the pantheon of wealth. But all the statues were very impressive (see the gallery above for photos of a few).

The temple was apparently shut down during the Cultural Revolution, and was renovated and reopened only in 2006. There was such a large throng of worshippers, that I did not dare to approach any of the monks to ask about the statues of immortals and gods. This was probably lucky, because I later read that the monks are notoriously bad tempered. If you want information on the Taoist gods then the internet is full of explanations.