I walked past the ornate door which you see in the featured photo and entered the world of Canton Opera. I don’t ever think of looking for shows of Chinese Opera when I’m in China. I’d spent a month in Beijing and the thought never entered my head. Now I was in a museum dedicated to Cantonese opera, and kicking myself for not thinking ahead to check whether there is a show to see. This looked so interesting that The Family asked “Why didn’t you think of getting tickets to a show?” I don’t have a defence. But now that I think back, buying tickets to a show in advance has never worked out. The worst was the time that The Family’s handbag with her passport was stolen before we could get to Vienna for the concert by the Staatsoper for which I had bought tickets. 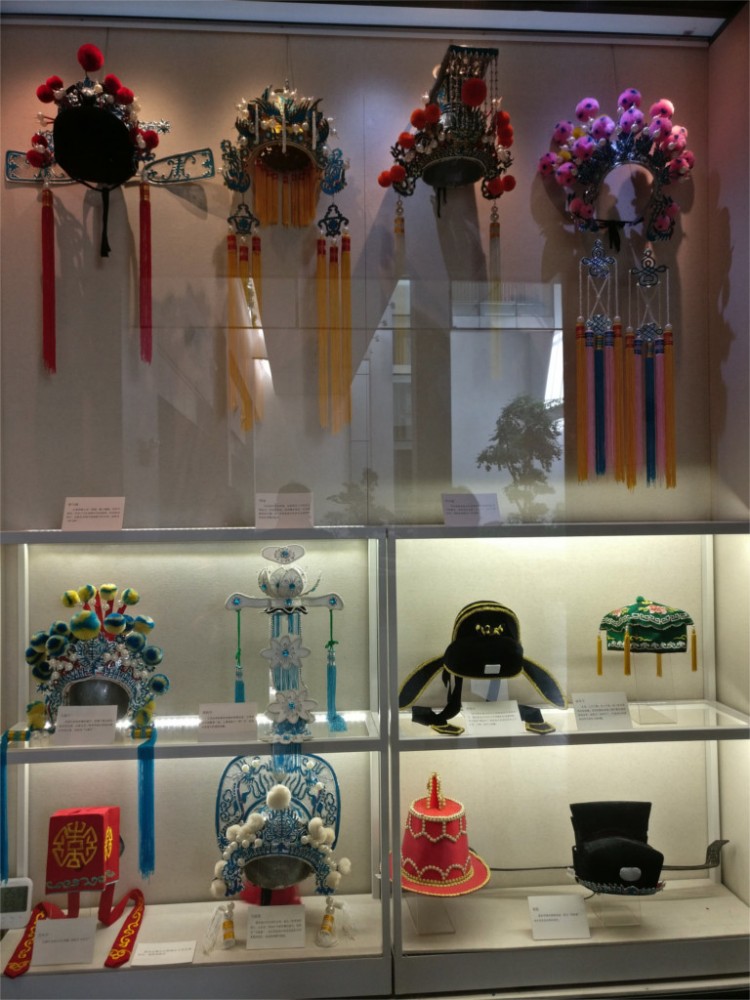 The Cantonese Opera Museum (粤剧艺术博物馆 Yuèjù yìshù bówùguǎn) is a large complex on Enning Road. For people like us, with no previous exposure to this form, it was an interesting introduction. There were short explanations of the early history of the opera, how it was carried to Guangdong by the Song emperor when he fled the Mongol invasion in the 12th century, and its subsequent flowering. There were explanations in good English. I read about the different kinds of stories, and the history of touring companies. When I got to the props I was really astonished. Wouldn’t you be if you came across a cabinet with the variety of headgear that you see in the photo above? 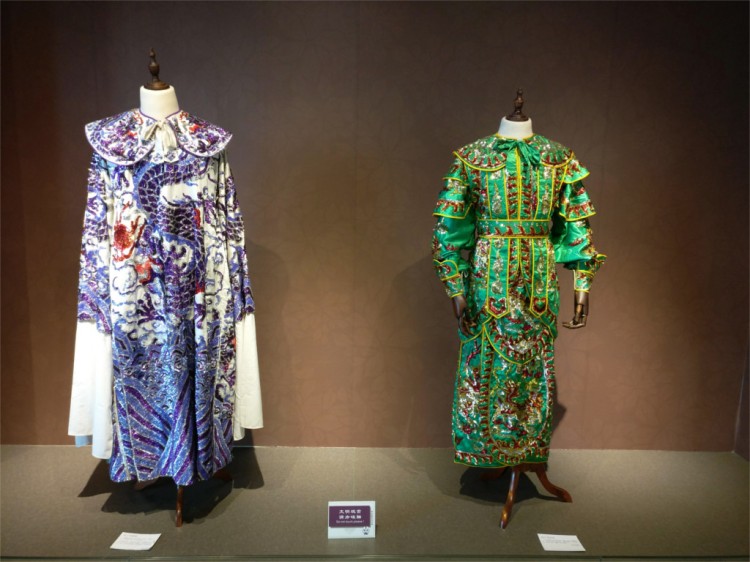 The clothes they used on stage were equally gorgeous. If I’m not mistaken, the blue robe with the dragon on it is supposed to be used in a style of plays called man. The long white parts of the sleeves are special to this form, and are used to express elegance and refinement. The other set of robes is then used in the style called mou, which is more action oriented.

The false beards and hair, the boots, were placed next to a screen which displayed an actor applying make up. This is a very elaborate process, and can take hours. The elaborate makeup reminded me of Kerala’s kathakali. Later, when I watched a video of an actor on stage, the exaggerated motions again reminded me of kathakali. I wonder whether there is a connection between these forms of dance theatre. There was contact between Kerala and Guangzhou during the Ming era, so it is not impossible that there was a bit of cultural exchange.

These costumes look so colourful that I’m sure we would have enjoyed a show. Cantonese opera is supposed to be full of song and exaggerated movements. We watched some of the videos in the museum and resolved that the next time we are in southern China we will try to get tickets to the opera. After all, they have an unbroken tradition stretching over eight centuries. And I’m sure I’ll enjoy seeing the false beards and wonderful hats that the characters will wear.

We had not expected anything like this when we arrived, and left feeling happy with all the new things we had seen. And that includes the beautiful glass paneled door which you can see in the photo here.