The new design for Guangzhou is a wide central axis down the length of what is called the Zhujiang New Town, pointed right at the Canton Tower on the other bank of the Zhujiang (Pearl river). Walking around this area, I kept noticing an interesting building off to the east of this north-south axis. I hadn’t marked this down for a visit, but The Family said “Let’s go and look”. So off we went. 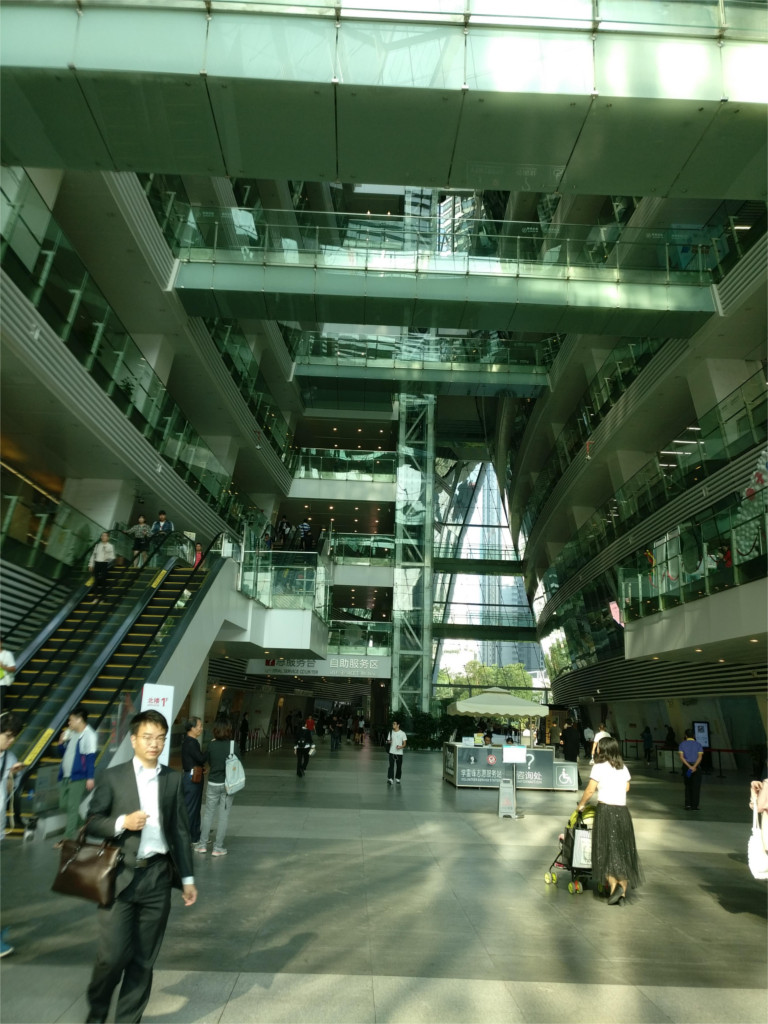 Large friendly letters across the top of the entrance said “Guangzhou Public Library”. We hadn’t seen a library building so large. We went in, knowing fully well that we would not be able to read most of the books that they have here. But we are book lovers, the sight of books releases oxytocin in our brains. In any case, entrance was free and easy. I had to put my backpack through an x-ray machine. No further questions; not even a remark about the water bottle in my bag. Before us was a huge atrium, all the way up to the eighth floor. The Family picked up a little pamphlet in English which told us, among other things, that the library held eight and a half million books. This was clearly our heaven, if only we could read Chinese. 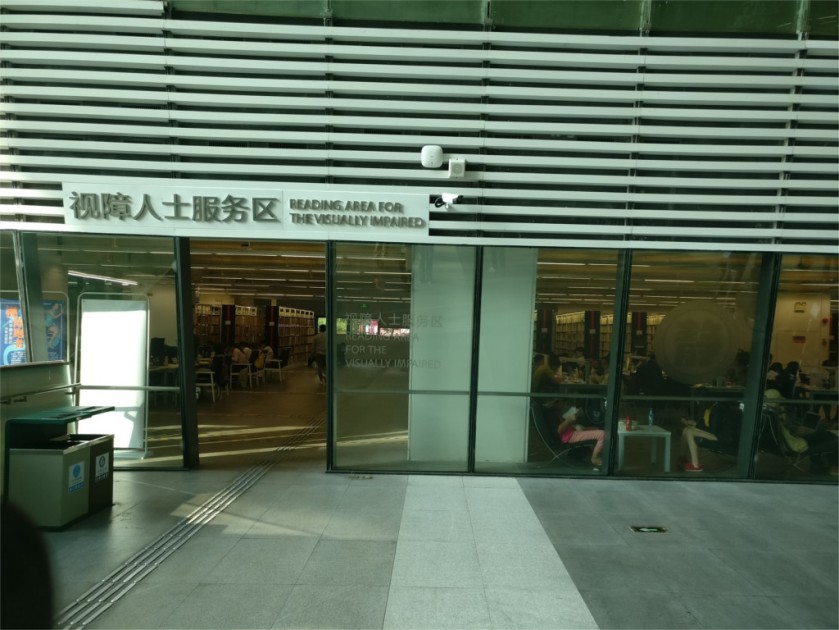 On one side of the atrium the ground floor was taken up by the reading area for visually challenged persons. We could see people at computers, and stacks of books. I found later that Chinese braille has two standards. The more modern one is semi-syllabic, and similar to the standard Pinyin transcription of Chinese writing into Roman characters. The glass roof above the atrium lets in a lot of light. In the photo of the atrium you can see the sunlit interior. We took the escalator from across the atrium and reached a landing which led into the children’s section. This was enormous, running the whole length of the building.

We were more interested in the regular library, and that seemed to be on the other side of the atrium. There didn’t seem to be an obvious way to cross at this level. So went down, crossed the atrium again, and took the other escalator up. The first landing was of international newspapers and magazines. The desks were quite crowded (as you can see in the photo above). Many were clearly reading material borrowed from the stacks, but several young students also seemed to use the library as a place to work in. Most people had settled in for a read, as you could see by the flasks full of tea which they had carefully placed on their sides. 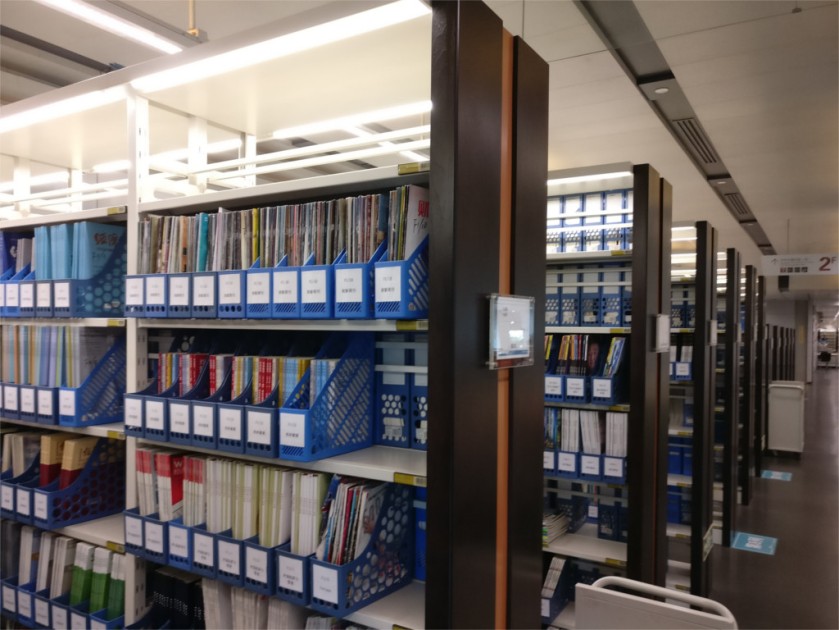 Half of the width of the hall was taken up by stacks. The library has open stacks, and is supposed to be the largest open stack library in the world. I peered in and walked along the stacks for a while. Eventually I came out of my daze and began to look for Indian newspapers. I didn’t see them, but I didn’t look very systematically. On the other hand I could see several languages which I could read (not that I understand all of them).

We went up one level where the books started. The library is open from 9 in the morning to 9 in the night. I found later that the library started in 1927, during the early years of the republic. Since then it has closed only during the Japanese occupation from 1938 to 1945. The building we were in was completed in 2013, and the architects were the Japanese firm of Nikken Sekkei, I’m surprised it is not in every guide book as a must see. The curved external walls resemble books stacked up above each other, and the two towers (north and south) together with the glass fronted atrium between are meant to resemble the shape of the character 之 (pronounced zhi, probably meaning “to become”, in this context).

The relatively small windows, and the rooftop garden are meant to insulate the building and reduce the amount of energy required in air conditioning. The orientation of the building also minimizes direct sunlight, so that it does not get too hot inside. The two us wandered through the stacks, touching the books, wishing we knew enough Chinese to read them. Eventually we took the escalator down and walked out the building slowly. What a wonderful place this was. Don’t miss it if you are in Guangzhou.

7 thoughts on “Eight and a half (million books)”