Winter in the north east of India is a lovely time, even if you are not on a family holiday. I was. A bunch of my cousins and their families had flown in to Guwahati over the last day. They’d gathered at the airport when we arrived in the morning, and, after all the hugging and greeting and marveling at how fast the youngsters grow up, we started out for a drive to Shillong. With a seventy year spread in ages (between the Youngest Niece and Aged Aunt), this was going to be an interesting trip. The plains of Assam were pleasant, the air was cool but the sun was warm. It would get colder as we climbed. But we had to stop to take on fruits. 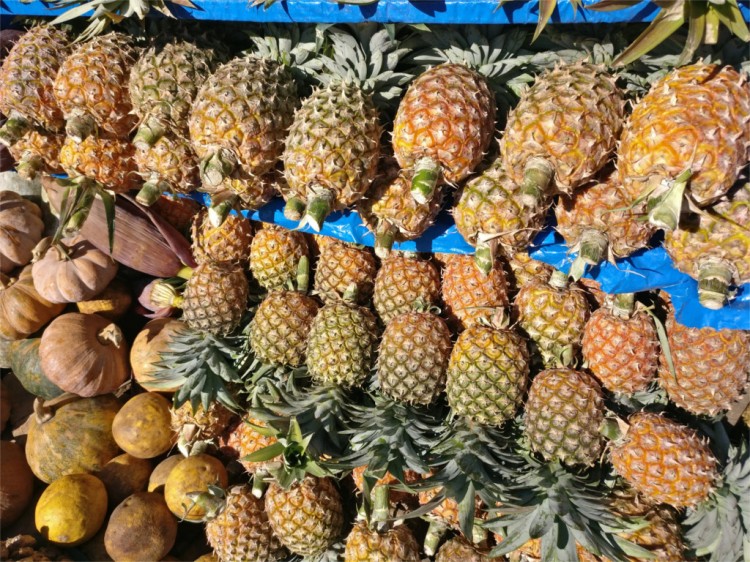 Our driver stopped at a bunch of shacks on the roadside. Mounds of pinapples of course, the east is famous for its pineapples. There was much discussion about it, and eventually we agreed on the considered opinion that although it would be good to eat some, we couldn’t possibly take whole pinapples with us. Family democracy is wonderful; I enjoy the process of talking it out even when the conclusion is something that we each reached in ten seconds. The kids (not really, any longer) had not expressed opinions yet; I guess that would change over the next few days. They hadn’t really spent long times together, and had individually complained to me about this whole trip. “It’ll be so boring, I won’t get along with anyone,” the oldest had said. Now they were carefully gauging the dynamics of the clan. 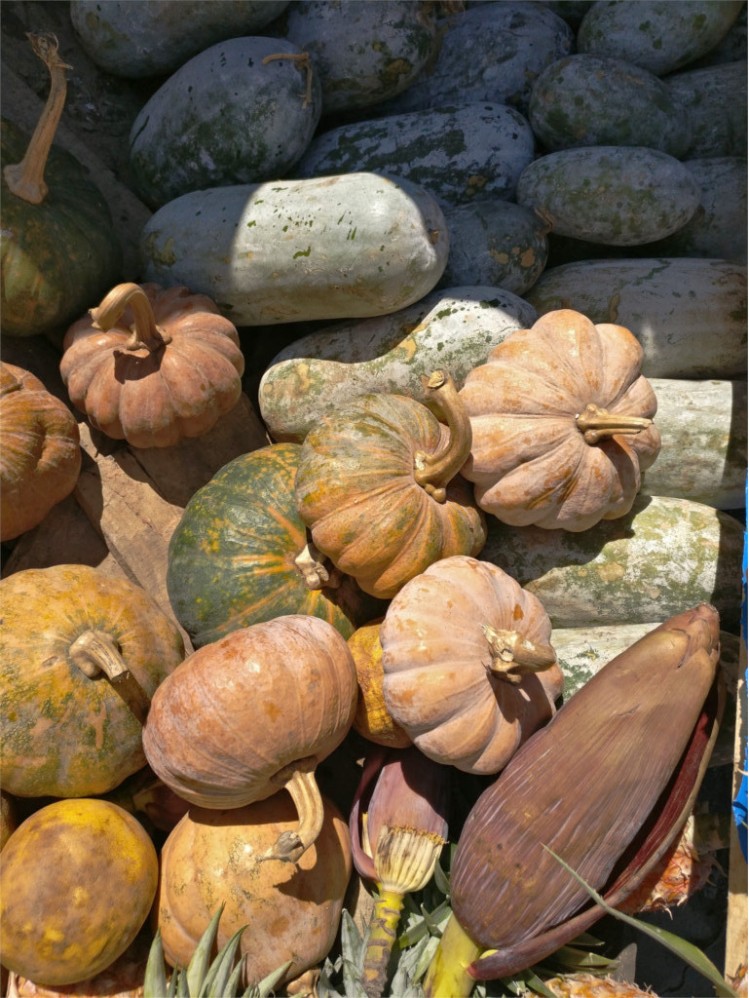 The shops had a huge variety of squashes, pumpkins and gourds. Even a big inflorescence of banana. That’s a delicacy across the east, and the south. Nothing that could be eaten during the journey. Where were the oranges that had been recommended to us by a fellow blogger? There were dried out large wrinkly oranges here. I wouldn’t mind eating them in Mumbai, but not here. Maybe we would get the local variety higher up. We took on a few oranges in any case. There were some of the large olives that you get in these parts. Bag a few. I love the flavour of fresh turmeric (featured photo) in salads. I should remember to pick them up on the way back. 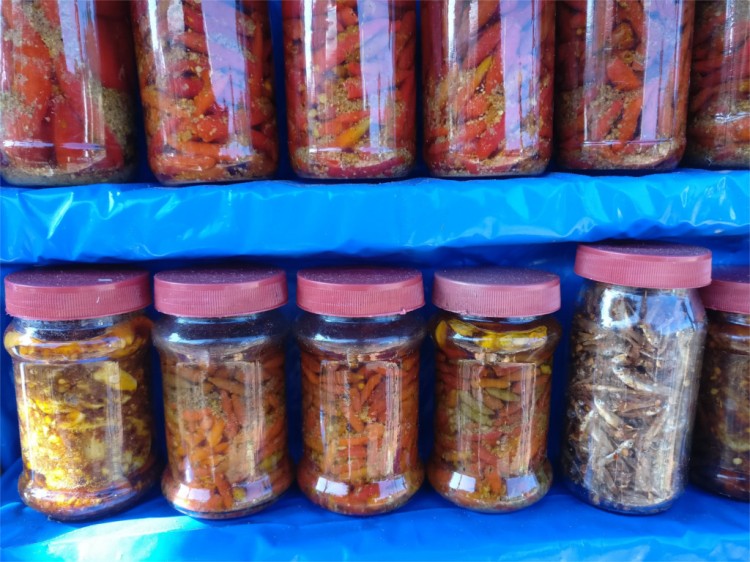 The pride of the place went to preserves. Pickles of various kinds: chili, olive, lime, mango. I could feel the memory of the spicy sourness in my mouth. But there was also preserved fish, and unfamiliar vegetables. Regrettably, this was not on our shopping list. We got back in our clan bus, and were on the road again. I had an uncomfortable premonition that I would put on some unwelcome kilos on this trip.