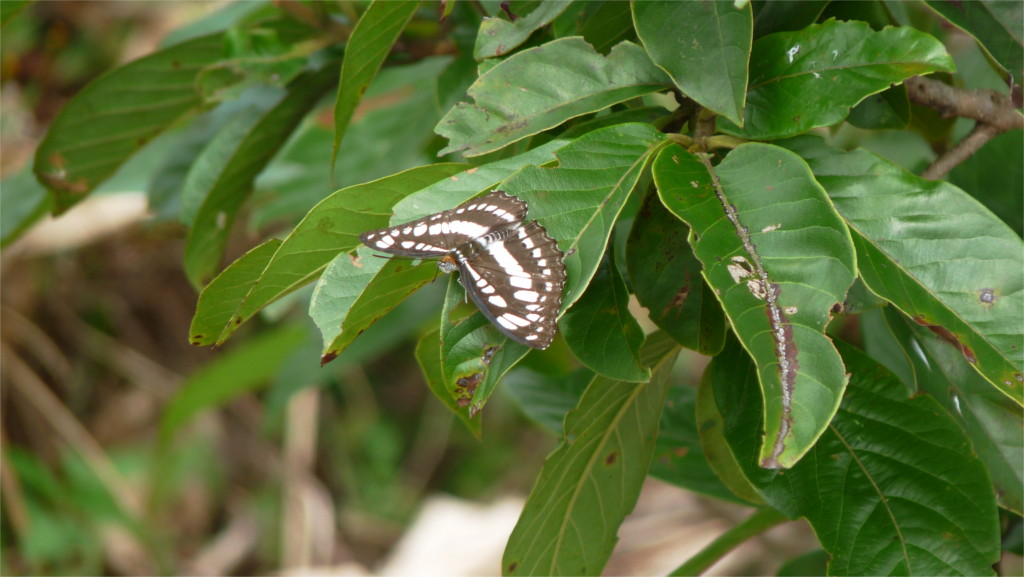 In Sohra one morning five years ago, The Family went off on a trek down a steep slope to see a living root bridge. I gave up on that walk quickly and asked Raju to suggest an alternative. He suggested a short drive to a point where there was a good view of Bangladesh. We parked on the road, and then followed a narrow track through overgrown bushes and around a thicket of trees to reach the edge of a cliff.

The Shillong plateau fell into the plains of Bangladesh below us. There was a sturdy fence at the edge of the cliff. Raju and I leaned on it and looked down at the enchanting landscape of the country of shifting waters. British imperialism had created a disaster here, and, in ebbing, left a permanent scar in the form of borders which cut off both Raju and me from our ancestral homes. Neither of us knew Bangladesh as anything more than grandmothers’ tales and old songs, genocide in a generation-old war, and tales of floods and natural calamities. It was a typical early winter morning in Sohra, overcast and foggy one moment, clear ten minutes later. In the hazy distance we could see a braiding of rivers, and no sign of humanity except for forests cleared for agriculture. 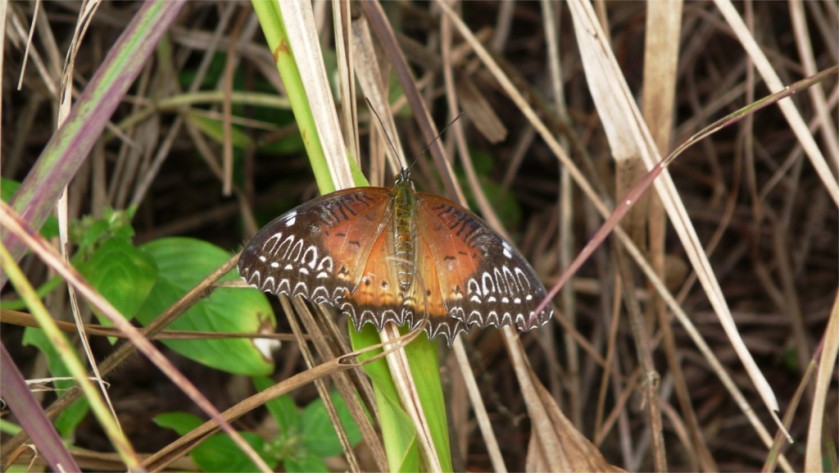 Before we left I spotted several species of butterflies. The common sailer (Neptis hylas, featured photo) was everywhere in this area, as were several species of tigers. I took my first photo of a red lacewing, Cethosia biblis, here (photo above). I did not realize then that the part I paid little attention to, the trees and the tumble of bushes, would not be here when I came back. My only record of that ecosystem full of butterflies, insects, and the birds which feed on them, are the few photos where the vegetation is the background.

Five years later, after some of the clan had left for the same trek that took The Family away that long-ago morning, the rest of us piled into the Rath of the Clan and the driver took us to an “Eco Park”. This was exactly the same place. The vegetation had been totally cleared. Now there was a large parking lot full of vehicles, a gate and tickets to see a leveled field of bare earth at the edge of which was the same fence where Raju and I had stood and tried to spot villages in Bangladesh. There was a desultory attempt to make a garden here with marigold and rose bushes. There were no trees, no butterflies, no birds, but an amazingly large number of humans and shops.

A fellow blogger who grew up in Shillong has been shadowing the blogs of my trip through Meghalaya, and, through her comments, adding a very welcome perspective. In one of her comments she said that she hoped that Meghalaya would follow Sikkim in developing tourism, not Darjeeling. Unfortunately, this “Eco park” was Darjeeling transplanted to Sohra, destroying precisely what people earlier came here to see. Five years ago, as we walked back to the car, Raju pointed out to me an underground stream which you could see through an opening in the rocks. He recommended the water for its taste and coolness. The opening was now covered with an iron grille, and the rocks around it were littered with empty packaging, the detritus of civilization.

22 thoughts on “Ecology destroyed for an “Eco Park””