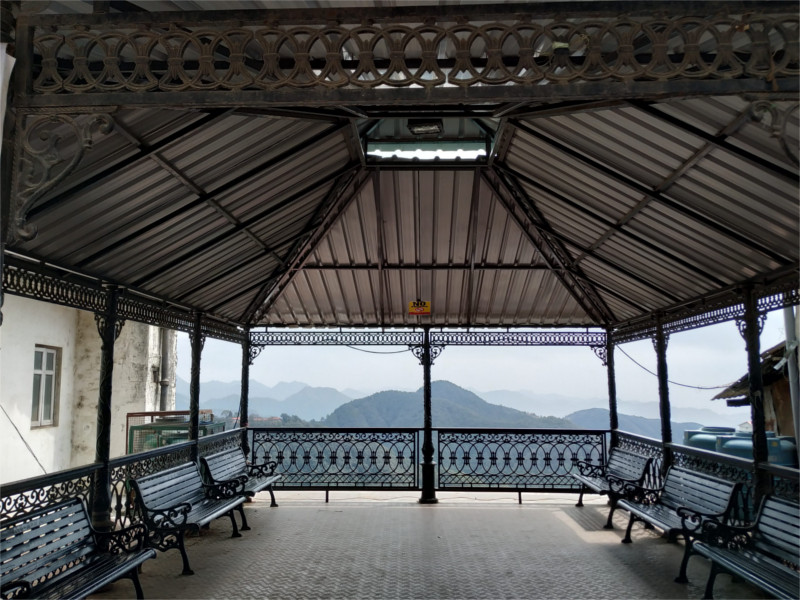 The area around the clock tower of Landour is a network of narrow roads which twist and turn on the steep hillside. On the side of the road leading to the clock tower was a little gazebo, one of the many we’d seen around Mussourie. We walked in to take a look at the breathtaking view of the hills. You could look out and forget the crowded road behind you. The ornate ironwork looks like it was installed about a hundred years ago, perhaps a little more. The British Empire would have been at its height then, unconscious of the fact that within a few short decades it would have vanished. 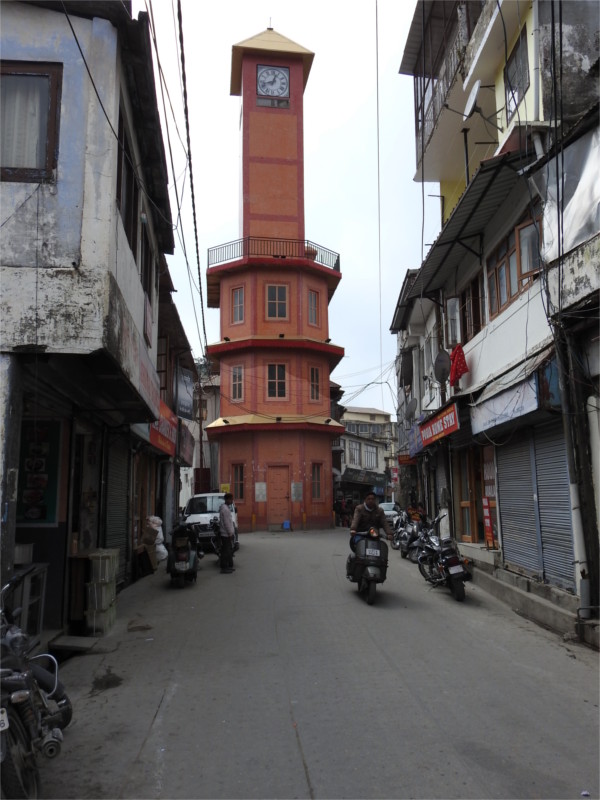 The clock tower, just outside, marked the century old separation between the civil area and the army cantonment. The tower had been built in the late 1930s by a local resident called Ugrasain Verma. Photos from that time show a white masonry tower with a square cross section and a flat roof. The clock stopped working before Mr. Verma’s death in 1992. Soon after that the tower was deemed to be a hazard and demolished. The tower that you see in the photo was constructed less than two years ago.
above 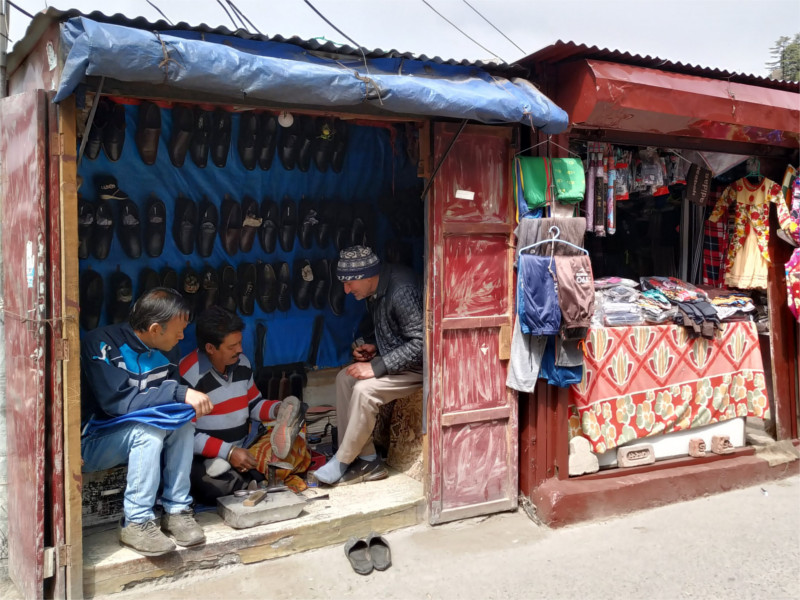 We walked past it to the bazaar. It looked very pleasant. Small kiosks on one side of the road had opened their doors for the day. Customers and shopkeepers knew each other well. The trio whom you see in this photo were chatting away as the shoemaker repaired one’s shoe. It was sunny but cold; there would be a hailstorm later in the day. We walked along the narrow road, taking care to stay out of the way of passing motorbikes and cars.

The traffic is fairly considerate here, but scrapes and bumps are almost inevitable. As you can see from the state of the parked car in this photo, most cars have a few dents. Public art is very common on the tall walls which are natural to these slopes. Was this picture of a harvest festival, or was it part of wedding? I should have asked, but other things occupied me, and now I have only my guesses. 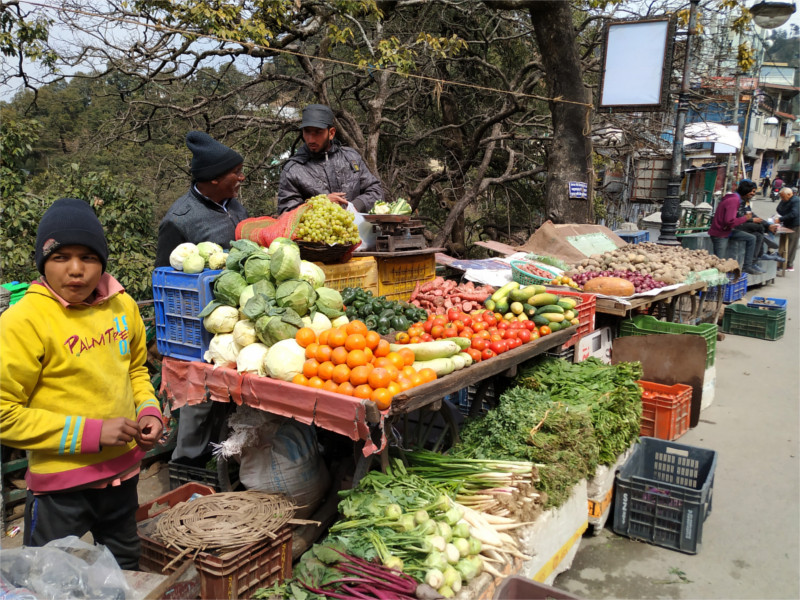 On the other side of the road, just beyond the line of kiosks were carts of fresh vegetables. Everything looked fresh but there was nothing that I could not recognize. There were no local fruits or leaves which you could not find anywhere else. Garhwal is strongly plugged into the markets, unlike the easter Himalayas where you still find interestingly new local food. Nitin had found safe parking ahead, and we got into the car to go on to our next stop.