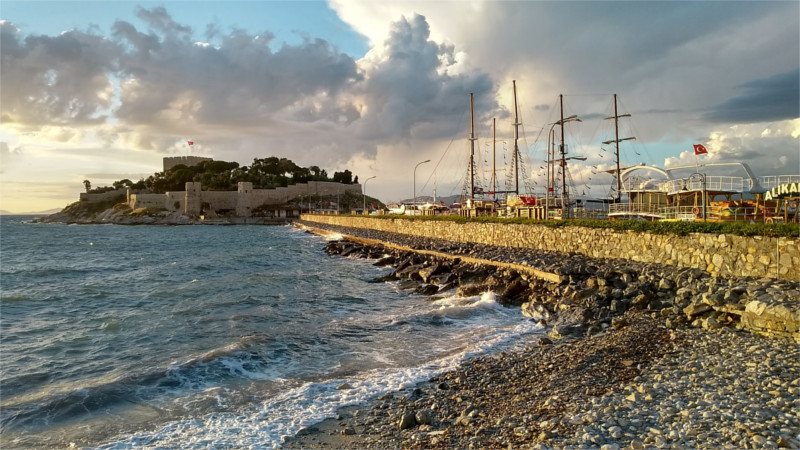 It was a windy afternoon as I strolled on the sea face next to the Ataturk Bulvari in Kusadasi. When The Family proposed visiting Pigeon Island, my inclination was to go back to the hotel and have a long hot coffee instead. So this story of Pigeon Island comes from her. The Island contains a sea fort which dates from the 16th century CE, when the Ottoman empire was vying with other European powers for control of the Mediterranean. The walls around it were built in the 19th century. A causeway joins the island to the shore, and it is studded with piers. 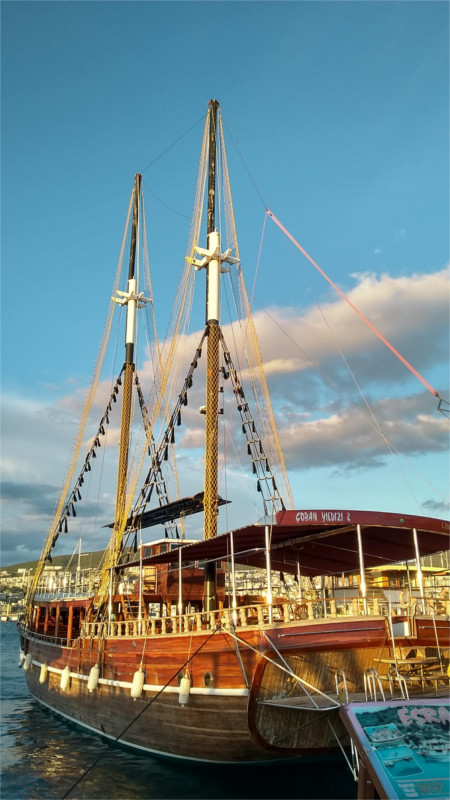 This is part of the port of Kusadasi, which, after the decline in commerce in the 19th and 20th centuries, has regained some importance as a port of call for tourist ferries plying the Greek islands. We’d seen these immense ferries come and go. At the time that The Family visited the island, none of these giants were moored there. That made it easier to take photos of the small two-masted sail boats moored at the piers on the causeway. In our search for things to do around Kusadasi, we didn’t come across the possibility of hiring sailboats. 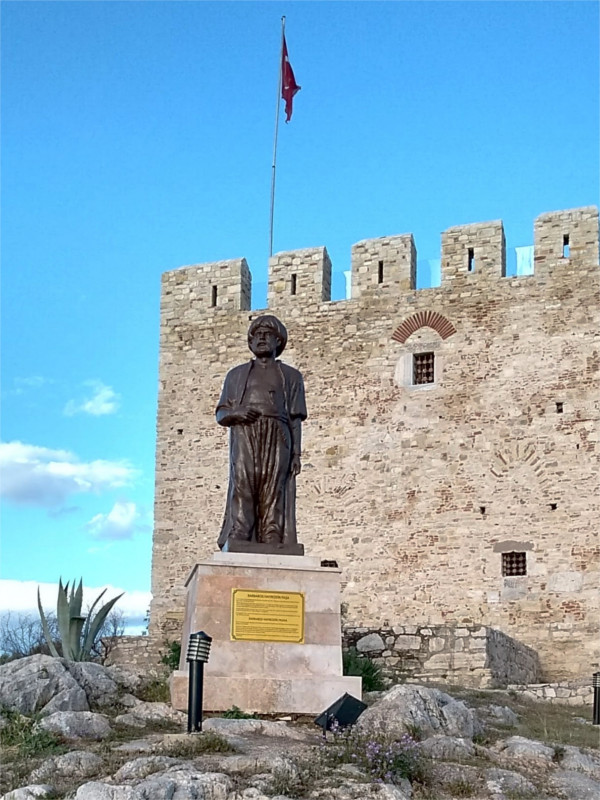 Barbaros Hayreddin Pasha, whose statue can be seen in the fortress, was the Ottoman admiral whose victories gave the Ottoman empire its dominance in the Mediterranean during most of the 16th century CE. He was also instrumental in forging an alliance with France. even in a history filled with great navigators and admirals, his success is quite outstanding. His statue is appropriate here because he was responsible for putting a sea-fort on this island.

The fort itself is a little museum to Ottoman sea power in the Mediterranean. There are rusting cannons on the battlements, and a small tour through the fort which left little impression on The Family. What she came back with was an impressive photo of the skeleton of a whale which had been washed ashore. Once you see the skeletal remains of the pentadactyl flippers, you cannot mistake a whale for a fish. I hadn’t thought of the Mediterranean as a sea where cetaceans could be found, but after seeing this photo I recalled stories of ancient Greek sailors being helped by dolphins. On checking up, I found that there are eight cetacean species in the Mediterranen Sea. Maybe on another trip we will try to spot some of them.