The ferry terminal on the Golden Horn may not be the most fashionable place to eat in Istanbul, but it is easily accessible. The double decked Galata bridge has a deck full of restaurants. The punters here were mainly tourists, and the restaurants were beginning to shut down already at 11 at night. Continuing music indicated that at least one bar was planning to keep open later.

We’d spent the evening hopping from place to place tasting wonderful Turkish wines and little eats, otherwise it would have been nice to sit at one of these tables and stare out at the ferries. The atmosphere reminded me of the waterfront eateries on Shamian Island in Guangzhou.

The upper deck of the bridge was lined with people fishing. Those must be really long lines, to reach all the way down to the water. I should have asked one of them how high the bridge is, because I couldn’t find the information any where. It is a bascule bridge, rolling up to let shipping pass below it, but only only traffic here seem to be the ferries, and they are low enough to pass. People with smaller lines were fishing on the waterfront below the bridge. The cheerful candles must have been special to Ramazan. 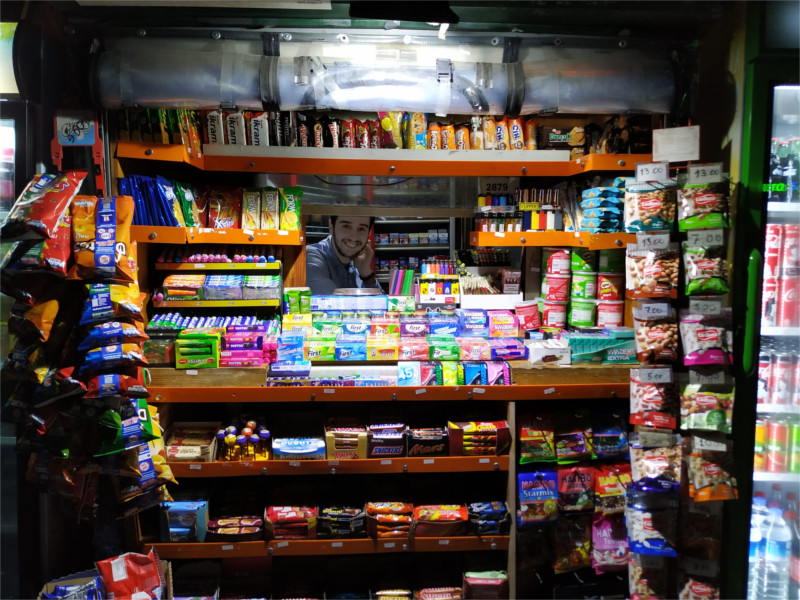 We stopped to look at a kiosk open for late customers. I love to look at the kind of things that would have stopped me in my tracks when I was a school boy, only now I don’t think of buying them. The silent school kid inside me must be screaming at this betrayal. The young salesman was very friendly and smiled for the camera.

The waterfront is a great place at this time: not too crowded, but there is activity enough to be interesting. Just the place to sit down for a chat. The Family stepped up to the safety wall to check for a place to sit. I was happy to take photos. We walked on. 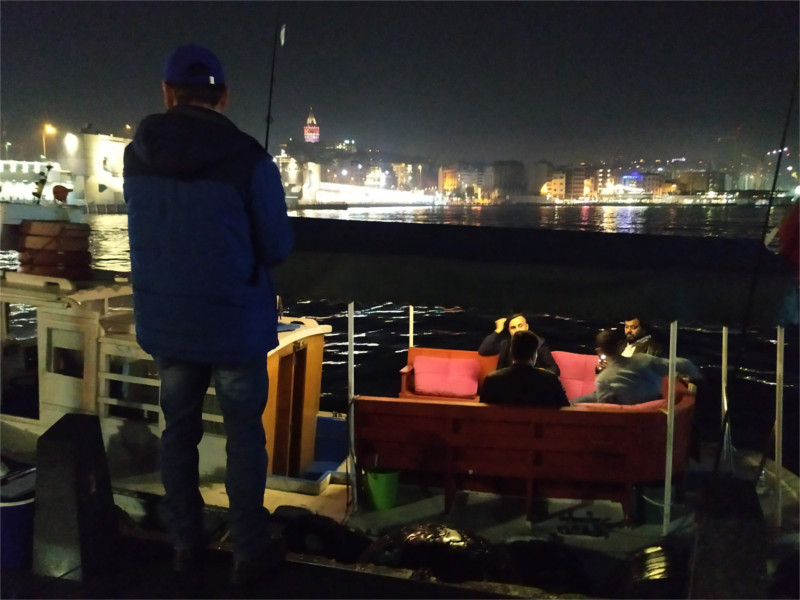 There was a quiet little party happening on a boat. One person stepped off as we stood nearby. Another couple of friends joined them. It was very casual, quiet, just a small thing after a day’s work. The man fishing nearby was quite sure that the chatter and the lights would not keep the fish away, but I didn’t see him land a catch in the time we stood there.

The ferry terminal was closed, but this man in front of it had a lot of yet unsold mussels. I thought for a moment of trying out one. The Family does not like to risk it. If there had been a crowd around the man it would have reassured me enough to risk it. But with no local around, I was not sure whether fresh catch from the Halic is edible. Maybe it is; Erdogan came to power first as a mayor of Istanbul who promised a clean-up of the Golden Horn.

A cart nearby was selling boiled corn. I’m used to barbecued corn on the cob with lime, salt, and chili flakes. That’s a staple of Indian street food. The boiled variety does not tempt me. Also, I saw no chili flakes. The cart made a pretty picture, though. As pretty, in its way, as the picture of the chap frying fish on a boat. Earlier, we’d seen a bar right up on the terrace of a building looking out to the Halic and Bosphorus. It was time for a nightcap.

6 thoughts on “Street food on the Halic”