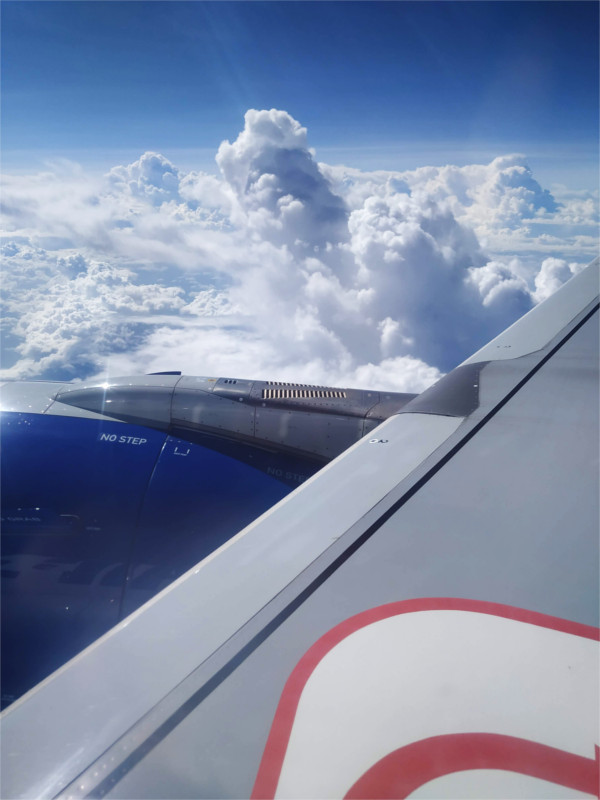 We flew in bright sunshine at the usual cruising altitude of around 10 kilometers above sea level. Below us the unbroken sea of clouds was interrupted by infrequent towers of cumulonimbus anvils. The towers form as clouds condense into rain. The heat released as water changes from steam to liquid creates a local convection which churns up clouds into these anvils. In mid-August more of India should have had rains, so the scene outside my window told me that rainfall is spotty this year.

Then, as we approached Mumbai, the plane began to lose height. At an altitude of around 6 kilometers above sea level we began a dive into the monsoon clouds. I’ve not paid much attention to it before, but this time around I decided to take a time-lapse video, the one you see above. This condenses a little less than half an hour’s descent into two and a half minutes. I was astounded by the changes in the nature of the clouds as we ploughed through the turbulent layer. Not having paid attention, I’d thought of it always as a mass of grey churn. But now I saw that there is much more structure to it. Interesting.

9 thoughts on “Flying through the monsoon”