Beijing, Shanghai, and Guangzhou have battled and got control of pollution in the city, but Wuhan has not yet. Added to the muggy heat of summer, it is at least as uncomfortable as Mumbai is before the arrival of the monsoon. So I should have been a little more careful about choosing to walk up snake hill to see the Yellow Crane Tower than I was. It was the most uncomfortable bit of tourism that I’ve done. But the view from above compensated a bit. The featured photo shows the Yangtze river, with the first Yangtze bridge of 1957, and the TV tower of Hankou on the far side.

The Yellow Crane Tower of today is a concrete structure completed in 1981 standing on top of the Snake Hill in Wuchang. The earliest references to the tower come from the 8th century, and agree that it was a watch tower on the banks of the Yangtze river. The rebuilding of a classical tower, famous in Chinese poetry, within five years of the death of Mao Tse-Tung, in the town where the first republican revolution took place, must have been a politically fraught act. I could not find contemporary writing about it, but it is interesting enough that I will continue to search.

The statue of Yue Fei (photo above) a little bit up the hill is a must see, if only because it allows you to stop and have a swig of much needed water from the bottle you remembered to take with you. Yue Fei was a 12th century general in the Southern Song dynasty, considered to be one of the great generals of Chinese history. His greatness has grown in the 20th century, as parallels were drawn between his situation and that of the communists in the war years. 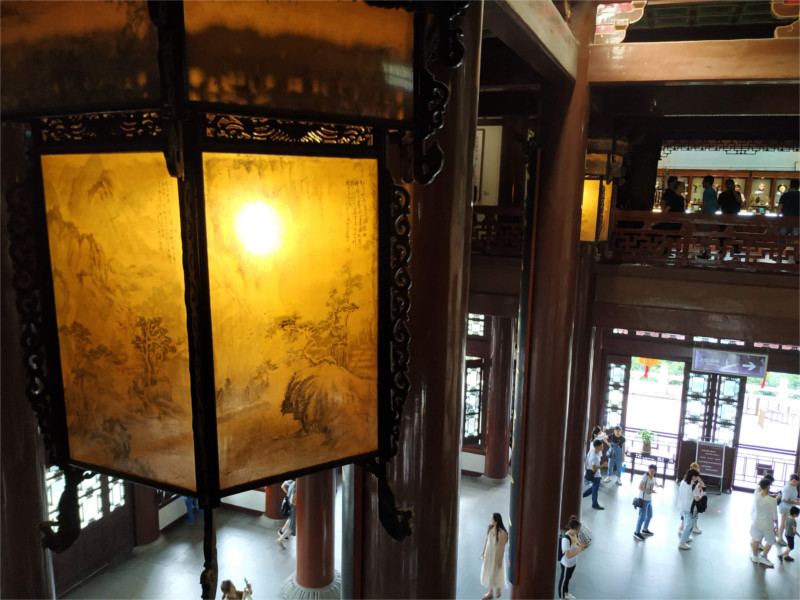 I took the stairs up the tower and was immediately drenched in sweat. Fortunately, on the balcony on each floor there was a nice breeze. The interior was beautiful. I find it remarkable that even after the Cultural Revolution, China has managed to retain the skills of painting and calligraphy, sculpture and woodwork. In fact, not only retain, but create such a ferment that contemporary Chinese art is one of the most dynamic in the world.

This interior was not dynamic and contenporary, but more of a theme park. The two story high ceramic work of a yellow crane flying over a representation of the tower is a study in contemporary kitsch. Two women posed below it for a photo. One of the upper floors had a special room for visiting poets. I guess I will have to practice being drunk enough to mistake the reflection of the moon for the one in the sky before I am let into this room. 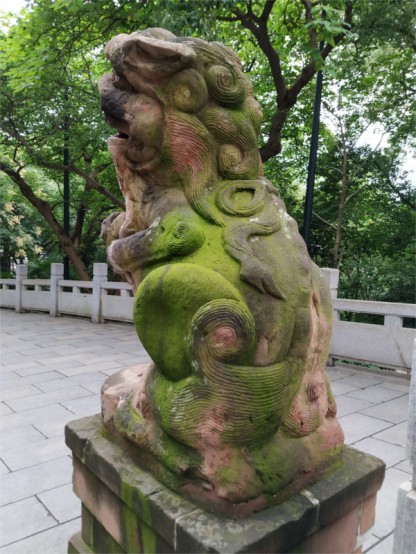 This kitschy park, a recreation of an imagined past, as unreal as the 19th century reconstruction of Carcassone in France, embraces its kitsch very openly. A huge bell can be rung for luck, and a man sits in front of it collecting money. Stone lions sculpted recently sport deep moss. Everyone knows that this concrete tower dates from decades after the destruction of the original site to make way for the Yangtze bridge, but thinks of it at the same time as a Taoist holy place. China shows how fungible human beliefs are. We just need to believe, and anything can come to stand for what we believe.