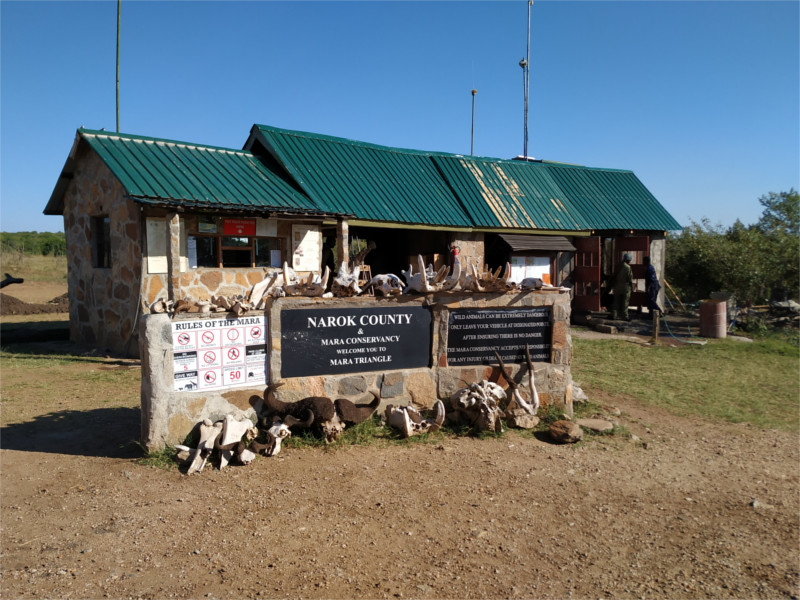 We were to spend a couple of days inside the Mara triangle. This is a part of the Maasai Mara Game Reserve which lies across the Mara river. Our reasoning was that living close to Mara would give us a better chance of seeing wildebeest crossing the river. This western end of the reserve, between the Mara river and the Oloololo escarpment, has been managed by a non-profit called the Mara Conservancy since the beginning of this century. 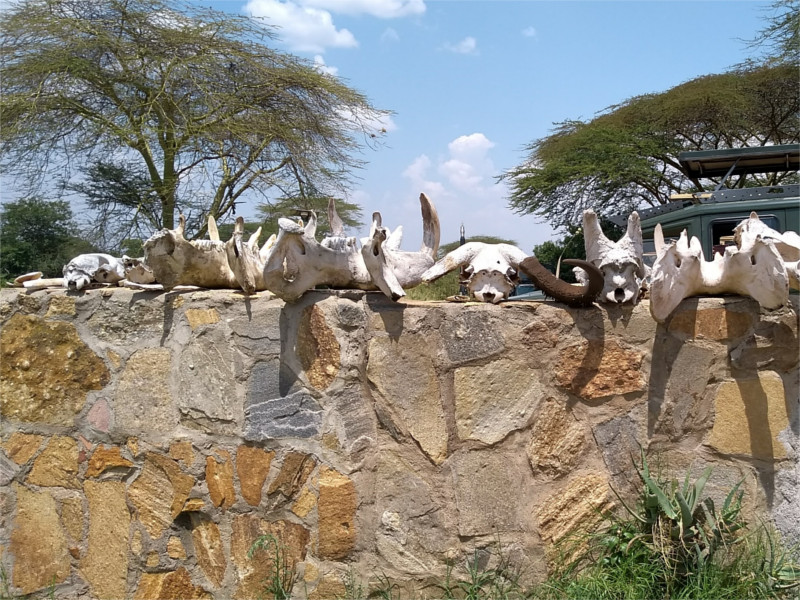 The gate house at the entrance was geared to taking cash, but when I asked whether they would take card, a ranger unpacked a card scanner. The Mara Conservancy works with local villagers to create game and anti-poaching patrols. I saw no patrols in the next days, although it must be working, given the large number of animals we saw. Why so many skulls on display? Stephen, our guide, said that this is part of the conservancy measure. I suppose there must be some rules about the disposal of poached animals. 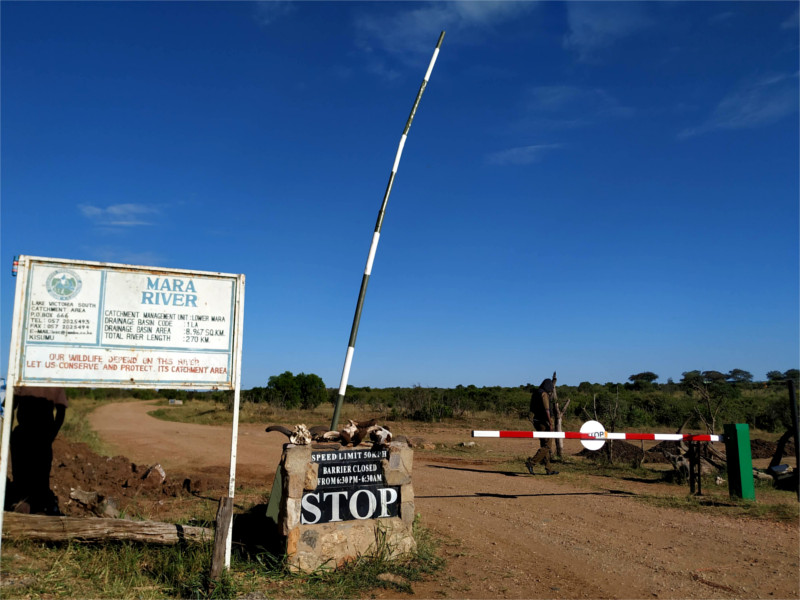 We were eager to pass through the gate. We got into the Landrover, and drove up to the gatekeepers. They raised the booms, and we were in, past the Mara river, rushing forward like an excited wildebeest.

13 thoughts on “The Mara Triangle”