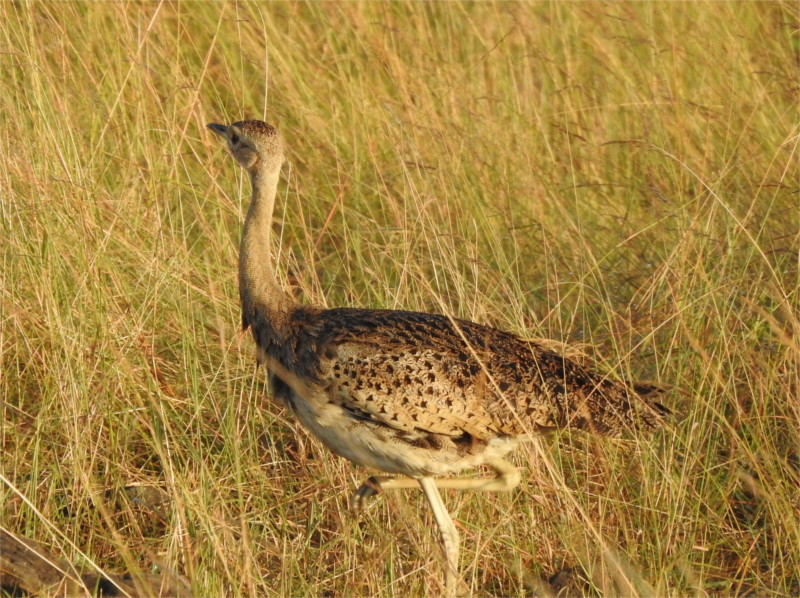 Everyone knows that bird watchers get up before the crack of dawn. This morning yielded a lot of sightings of birds, even though we were not really in the Maasai Mara for its birds. I asked Stephen, our guide, to stop when I saw some motion in the grass next to the road. A long legged bird was hurrying away from us at a comically slow speed. The legs and the long neck reminded me of a bustard. There was only one African bustard whose name I could recall. But both the male and the female of the Kori bustard have a crest. This was very clearly without one. 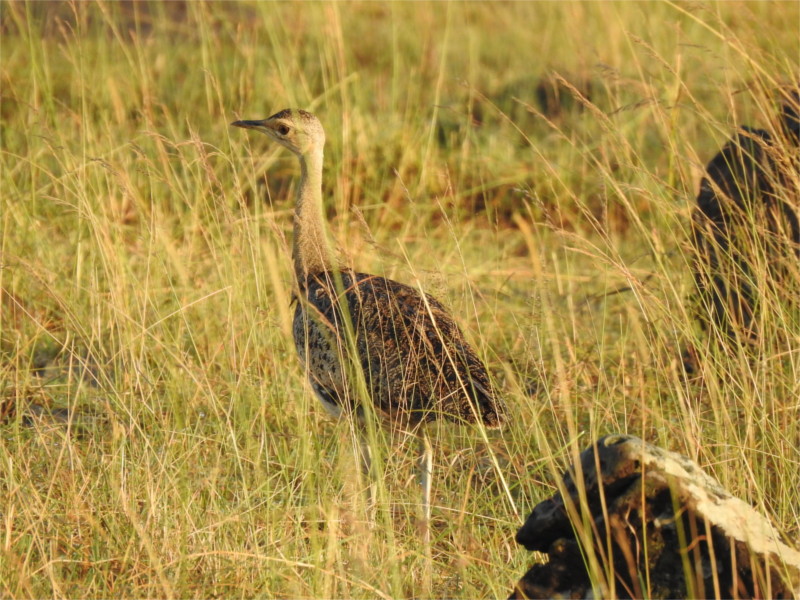 When it judged that it was sufficiently far away, it stopped and examined us, giving me another opportunity to take photos. I could later use the photos to identify it as a female of the black-bellied bustard (Lissotis melanogaster). The family and I scanned the neighbourhood for another of these birds, but did not see one. We had come across this bird in the middle of its breeding season, so I guess this was a little unusual. I was seeing a lot of new birds, but they were all fairly common in Africa. This one is classed as being of least concern by IUCN, because it is widespread across sun-Saharan Africa and fairly far south down the east coast.