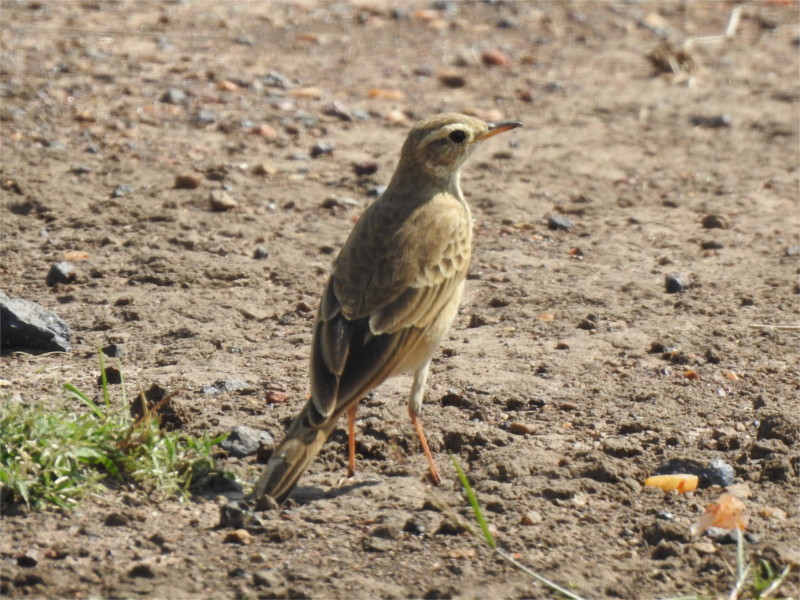 On our way out for a second drive in the morning, the first thing we saw was a Cape buffalo, one of the fearsome five out of hunters’ legends from the late 19th century. It stood placidly munching its cud, and I wondered about its fierce reputation. I was to see it in action before the day was out. It was only later that I realized that the shot that I took for the record (below) had my only shot of a yellow–billed oxpecker (Buphagus africanus). What a miss! I should have looked more carefully and taken a close up of the bird.

Almost immediately I looked down at the grass and saw another bird. I took a shot, but could not identify it until a very experienced birder told me it was a pipit. Then the field guide told me that it was the African pipit (also called the grassland pipit, Anthus cinnamomeus). It turns out to be the most common pipit of East Africa, and therefore continues my unbroken stream of spotting only the commonest of African birds.