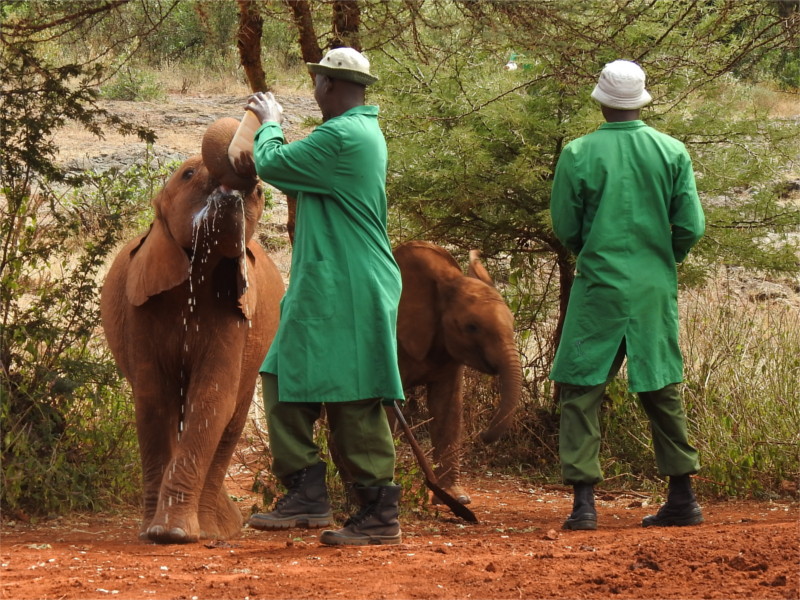 Is poaching a major problem in Kenya? You hear and read conflicting reports. By most accounts it has come down in recent years. In absolute numbers, you get a sense of it only when you visit the elephant orphanage in the outskirts of Nairobi, run by the David Sheldrick Trust. The wildlife service of Kenya partners with many private trusts and agencies to counter poaching, of which the Sheldrick trust is one. Once a day the orphanage allows in a limited number of people to watch their wards being fed. 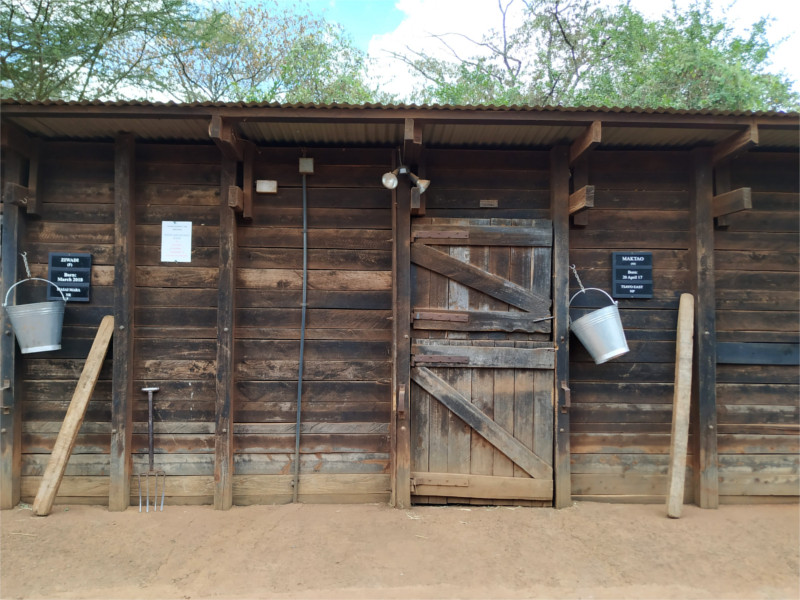 We walked between the pens to the area set aside for the feeding. The doors looked extremely sturdy, but it is not clear to me that they would stand up to a determined adolescent elephant. I guess one can pen an elephant in a shed like this only if it trusts its handlers, and is willing to stay inside. The pitchfork leaning on the wall probably meant that there was straw inside. It all looked like a place which I would have liked to peep into, but the doors were firmly shut. 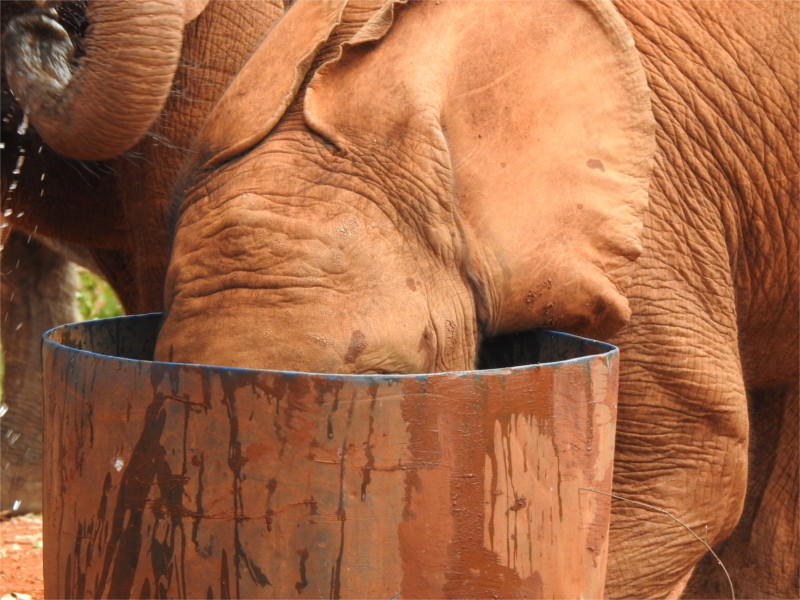 The elephant babies ran into a clearing prepared for them when it was time. It was absolutely clear that they looked forward to this outing. Large bottles of milk had been kept ready for them, and they were gone in no time. The smallest of the lot went straight for a bucket of water instead, and stayed glued to it. It reminded me of a child who doesn’t realize it is thirsty until it sees water. 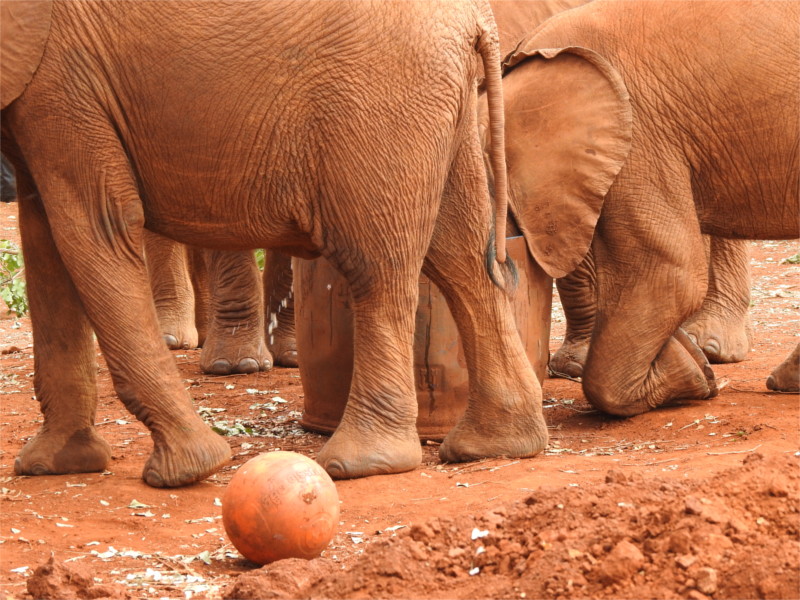 Milk, water, branches, balls, and mud pools. These were the things that had been set aside for the kids. Milk and water seemed to be the first priorities. The ball? I wondered whether it would be an elephant’s favourite toy. It reminded me of the time when, as a kid I’d sat in the front row outside a circus ring and had to duck under a football kicked by a baby elephant. Here the elephants kicked it now and then, but it was largely ignored. I guess my childhood visions of herds of elephants playing football on the plains of East Africa were baseless. 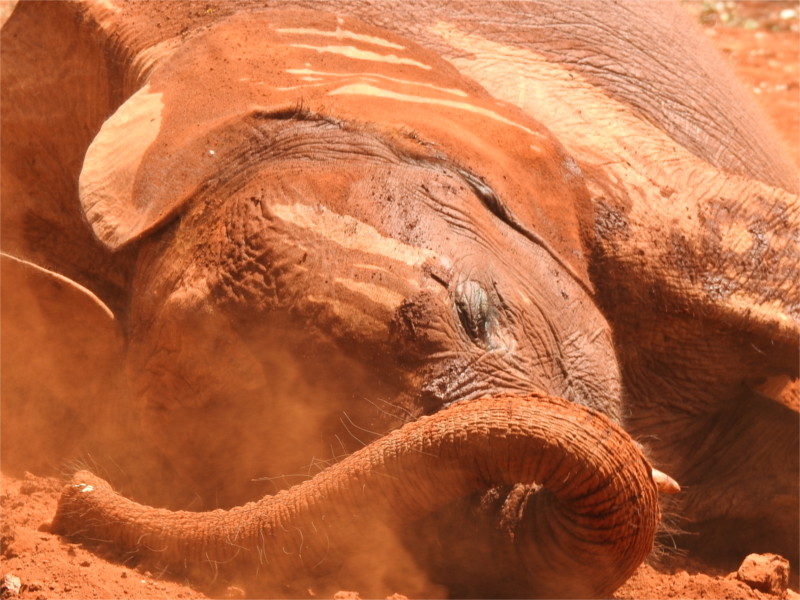 What did the elephants like most? I knew the answer already, of course. They like nothing better than to wallow in mud and blow dust over themselves and each other. After they had fed, gnawed at the branches, and drunk water, they went straight at the mud pools like a bunch of exuberant children, trying to push their way into it. The smallest one stayed overtime since it had difficulty hoisting itself out. I’ve seen documentaries of adult elephants helping babies to climb out of pools. Orphaned elephants can die in many ways, not just by predation.