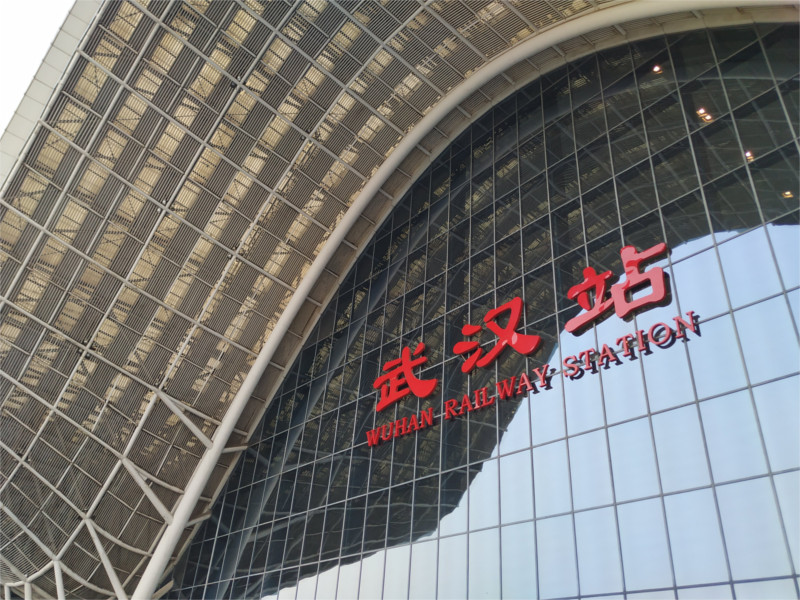 I hadn’t succeeded in buying train tickets from Wuhan to Nanjing and back on the internet before coming to China, so I decided to go and buy them at the station. Immediately after checking into my hotel, I took the subway and reached the station. This turns out to be very convenient: subway ticket vending machines, like ATMs, in China can be set to English before you start. And of course, the subway is the fastest way to get from anywhere to a railway station. 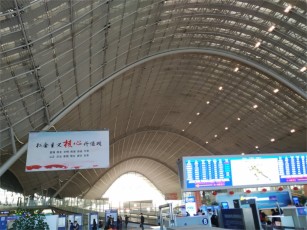 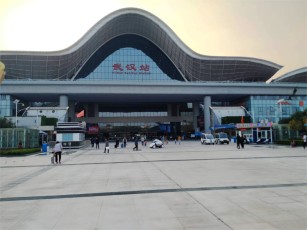 The arch over the entrance 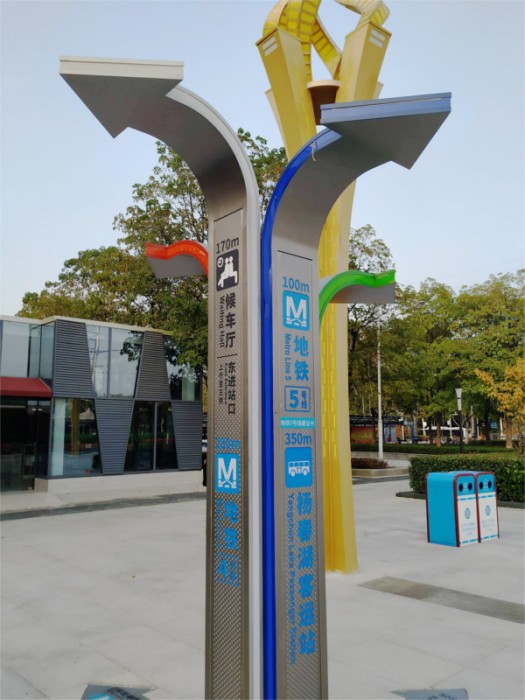 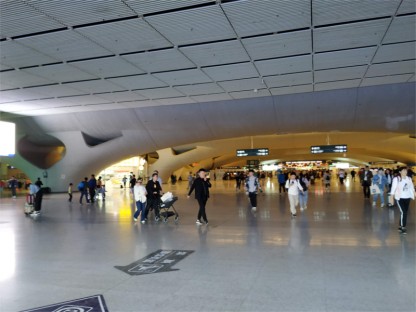 Wuhan’s new railway station was built in 2009 to serve the high-speed trains (G trains, 高速动车组列车, Gāosù dòngchē) on the Beijing-Guangzhou-Hong Kong and the Shanghai-Wuhan-Chengdu lines. Since these run on special tracks which allow speeds up to 350 Km/hour, these networks are newly built, and avoid older tracks and stations.

The 19th century was a great time for railways, as you can see even now if you go to some of the world’s iconic old railway stations: Gare (now Musee) d’Orsay in Paris or the Sirkeci Garı in Istanbul. Wuhan’s railway station, designed by the French company AREP, could become one of the iconic structures of the 21st century revival of railways. The sinusoidal roof is supposed to resemble a crane’s wings. The built up area with its third of a million square meters, can sustain a significantly expanded service in future. When I came back a week later to take the train, I found the boarding process very convenient.