The first thing that strikes you about nights in China is how well-lit they are. After all, the magic of bright lights cannot have escaped a civilization which descends from the one that invented fireworks. I walked along a river and took this photo of a completely still evening. 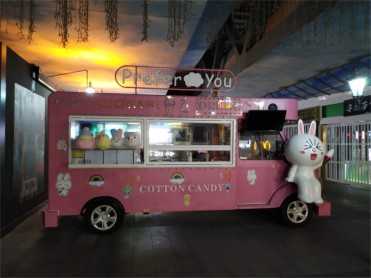 Eateries are kitsch country. Wouldn’t your ice cream taste much better with a bunny in pain holding a plastic cone? And isn’t it necessary to create a garden, complete with butterflies in a restaurant? 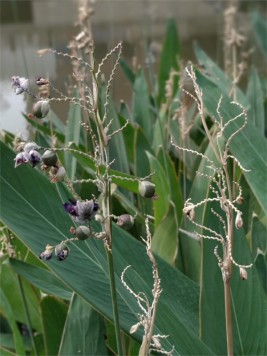 Daylight reveals a more refined touch. Equally kitschy perhaps, but understated. One side of the river wears the look of a traditional garden, complete with weeping willows drooping down to the water, magpies in trees, banked moss, and flowers drying in the late autumn. A crew boats along the river, picking up trash and cleaning it. I’m always amazed by the fact that China, whose citizens litter as thoughtlessly as Indians, has conscientious cleaners who keep public places clean all the time. Money has to be invested in cleaning, and there has to be accountability at work. Magic works in strange ways.