The season which I love, the season which I hate. The rainy season, varsha, the monsoon. This is when peninsular India, including Mumbai, is so different from the northern plains. Summer winds down slowly in the plains, the towns turning warmer and warmer, emptying slowly as schools let off, people traveling up to the cooler Himalayas. But on the west coast of the peninsula, monsoon strikes hard even before summer can bake the earth dry. In my first years with digital cameras, I tried very hard to capture a sense of this spectacular season: the lack of sunlight, the continuous rain. I look back at those photos now and I find that I could have taken my own style of photos in a different direction, more misty, atmosphere, less concrete. I might want to do down that route again. 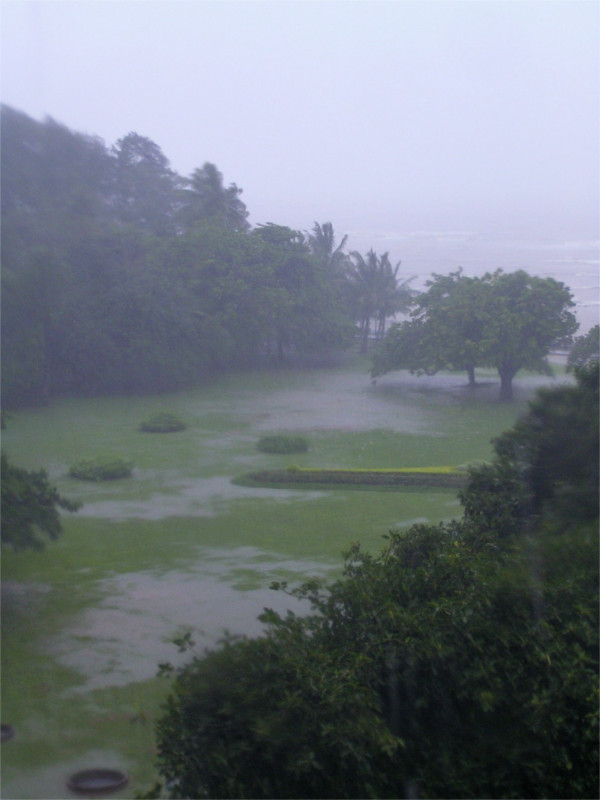 The outside world disappears for days on end, and you are thrown into your own internal world. Classical poetry called this the season of love. Perhaps the greatest of Sanskrit poets, Kalidasa, wrote a whole travelogue about the monsoon clouds carrying a lonely person’s message to his love across the whole of India. I followed that route, and saw that the description of the country is still true, even after nearly one and a half thousand years. Then there is the music of varsha, raga Malhar in all its variety. Another form that fits this season is more modern, the claustrophobic film noir, so wonderfully used by a few talented directors in the last decades. This is the exasperating season, when nothing ever dries, everything gets moldy. This is the season for the phone camera, a much handier replacement for the compact I used once for monsoon photos.

Classical Sanskrit poetry observed nature so beautifully: frogs and insects, grass and trees, rain-streaked stone and wet crows; the weft and warp of our daily lives. Every time I think of the monsoon, those wonderful stanzas from Kalidasa’s Meghdoot pop into my head: so evocative, but so hard to translate into verse without clumsiness. How do you translate “snighdhachhayatarushu”? The calm shadow under a tree? But that is only one word, less than half of the last line of an early stanza. Most translations into English that I’ve seen published, gloss over this word in an attempt to catch the meaning of the whole sentence. But that seasonal reference is then lost, the sense of grishma ending and varsha about to come.