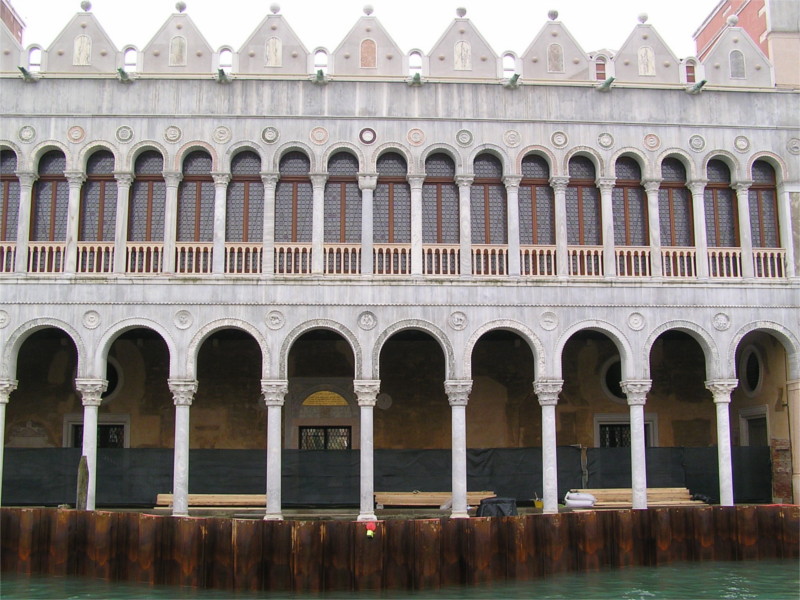 I exhumed a set of photos from almost fifteeen years back and began to remember that trip to Venice. I was at a loose end for a day, and I took a train down to the Santa Lucia station in Venice. I had a restaurant in mind for lunch near the Arsenale, and a nice way to get there would be to take a water bus, vaporetto, to Piazza San Marco, and then walk. I like this ride down the Grand Canal for the things that you see on the way, like the elegant facade of a palazzo that you see in the featured photo. 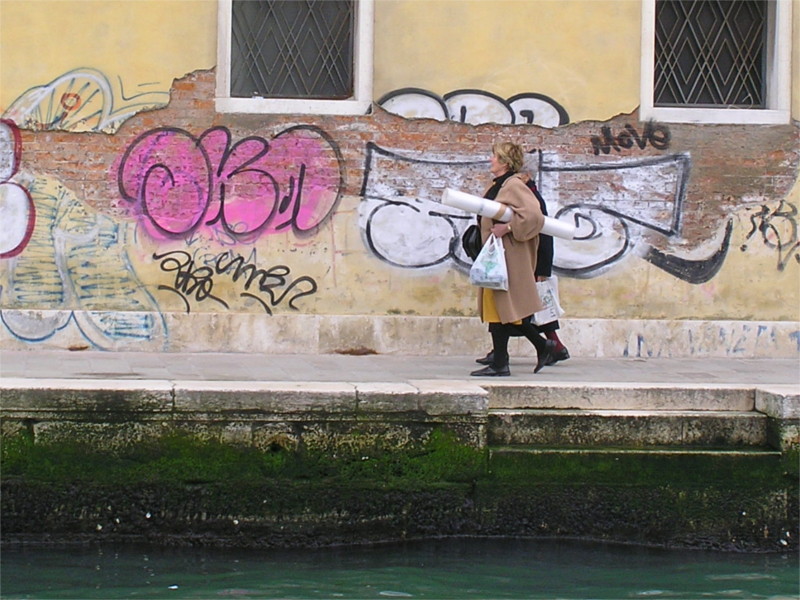 Its not unusual to pass tourists laden down with prints that they have just bought from a museum shop. I was happy to get this shot of the pair of tourists ignoring the graffiti that they were walking past. I guess all of us do that most of the time; just that there’s no one to take our photos. 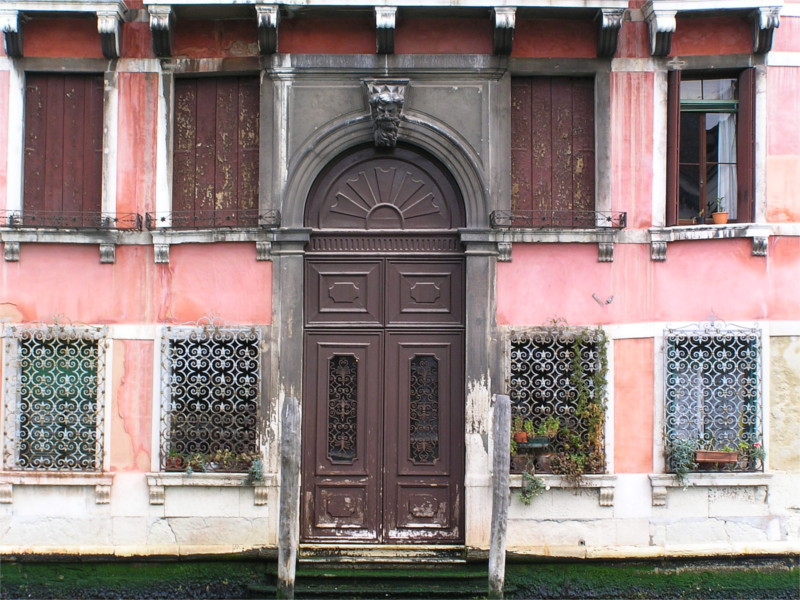 Look at that grand door leading down to the canal. I like the general air of decrepitude that envelops Venice. It’s almost as if it wears its magnificent past on its sleeve, daring tourists to snigger at its present. I won’t do that, I like its attitude just as much as all the others who come back to it again and again. 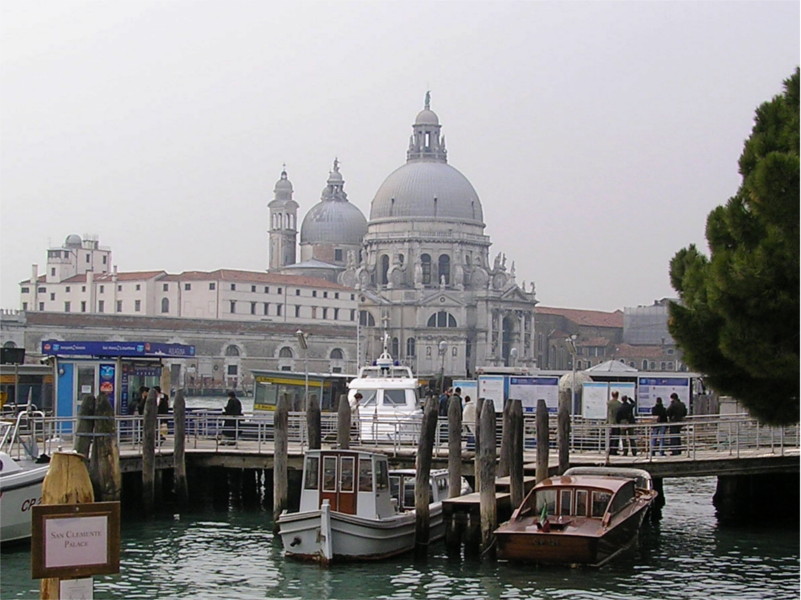 The bus reached its destination soon enough. I liked the view of the Basilica of San Marco from the terminus jetty. You get a much grander view of the Basilica from the Piazza that Napoleon called “a jewel box”, but I liked this quieter view. The sky was overcast, and the light was dead, but good enough to show off the domes of this Chiesa d’Oro, the Church of Gold. 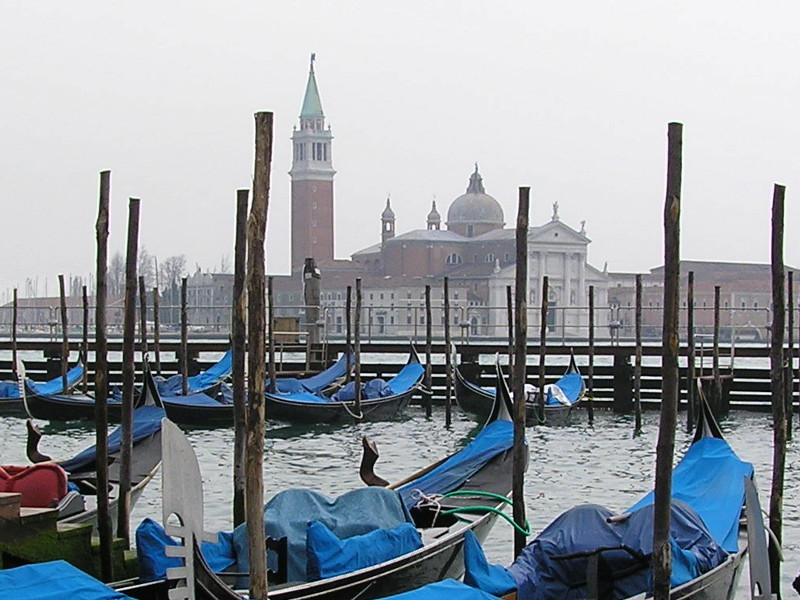 Let me close off this little tour down memory lane with the last tourist photo I took here, before walking past the Basilica into the little streets to look (successfully) for the restaurant I remembered. This is a view that many visitors take: of the church of San Giorgio Maggiore from behind the jetty for gondolas.

18 thoughts on “Along the Grand Canal”