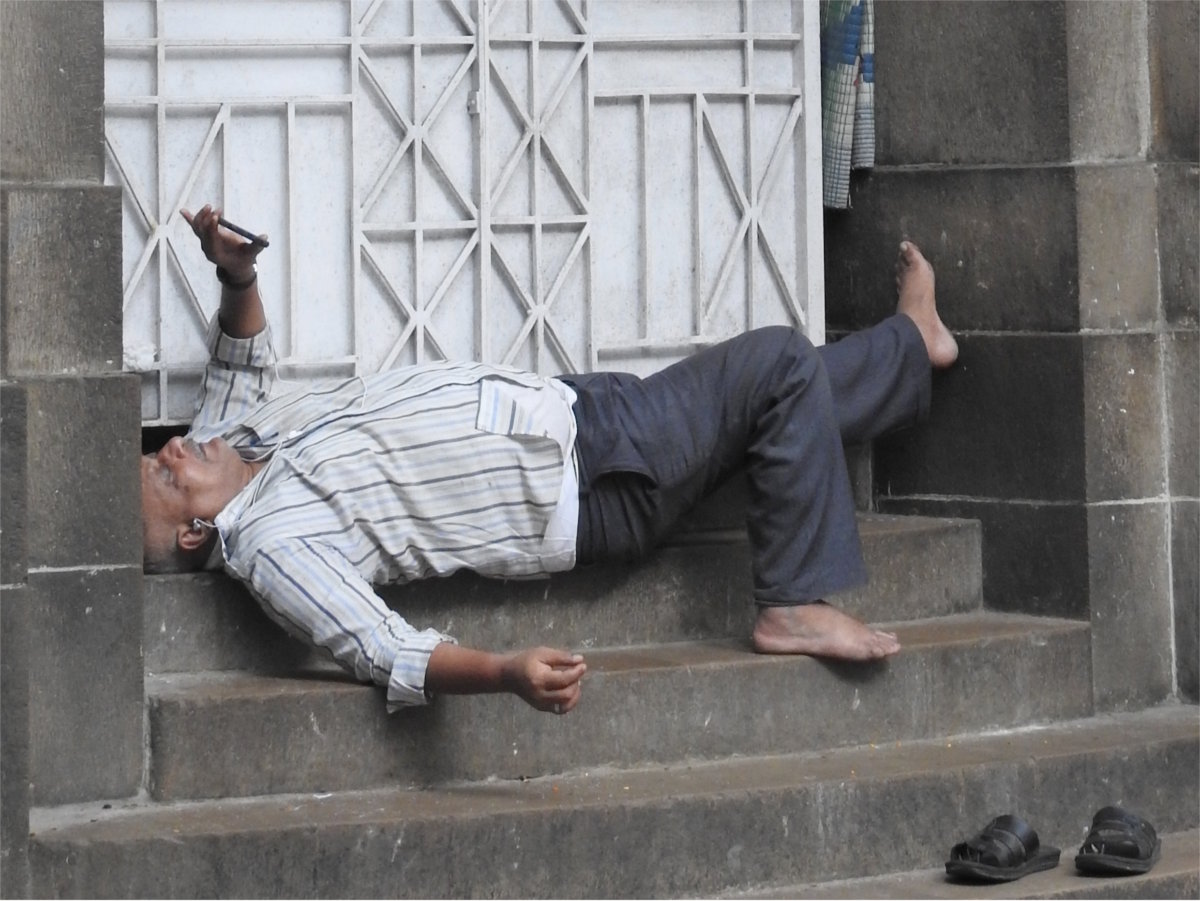 Walking about South Mumbai on Sunday, I came to a taxi rank. These are slow days for taxis, and Sundays must be even slower. One of the drivers had left his taxi to lie down in the closed doorway of the Bank of Baroda. He looked quite relaxed as he read something on his mobile. Sitting in a car seat for hours must be quite tiring, and he looked content to be where he was.

While framing the man, I realized that the building whose steps he was lying on was rather well known. This is the Lakshmi Insurance building, which was constructed in 1938 for a company of that name. The company was owned by Lala Lajpatrai (a famous freedom fighter), Motilal Nehru (the father of India’s first prime minister) and Pandit Shantaram (a famous actor and film producer). It is an iconic Mumbai Art Deco structure, designed by the Bombay architectural firm of Master, Sathe, and Butha, with an 18 foot bronze statue of Lakshmi on top of what once was a clock tower. I decided to include the Art Deco gate into the photo.