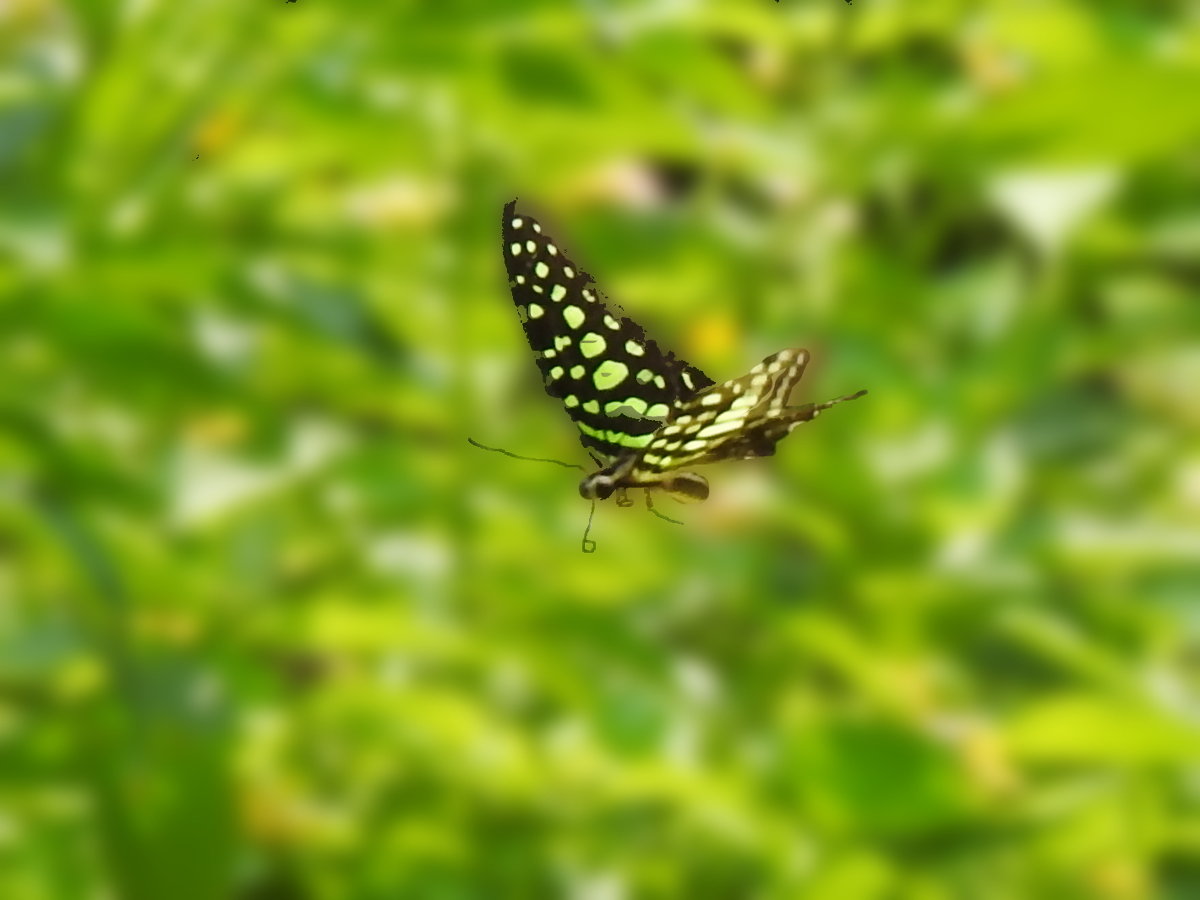 Our gardeners have decided to put in beds of lantana and tuberoses in a sunny patch at the back of the building. Late in the morning this is a magnet for butterflies. For a few days now I’ve been waiting for the scaly-winged fliers after 10 in the morning.

In an earlier post I’d described how hard it is to take a photo of a tailed Jay (Graphium agamemnon). This attractive flier, with bright green spots on a dark background is so active that you can barely ever get it sitting on a flower. When it settles for a few seconds, its wings move too fast to capture in detail. Now I decided to change my strategy and catch it in flight just before it descends on flowers. I focused on a bunch of flowers and waited for it to descend. The braking maneuver as it lands makes it slow its wing beats. In this bright sunlight I could get a few clear shots, as you can see here. I’m happy to have this new technique under my belt. I’ll have to work on it.

Another common visitor in this patch is the very common skipper called a small branded swift (Pelopidas mathias). It prefers tuberoses to lantana; must be something to do with the anatomy of its proboscis. The caterpillar of this species is one of the major pests which feed on rice (a few of these otherwise unrelated species are rolled into a group called rice leaf bundlers, for their habit of rolling leaves into a bundle before feeding). I wonder which of the garden plants they feed on.

The common baron (Euthalia aconthea) is another butterfly I saw here often. It is pretty nondescript when you see it in the shade, the colour of dust with marked out in grey soot. Here, in the bright sun, it glows with colour, the brown and olive markings coming alive with brightness. I suppose its caterpillars and pupae must infest the mango tree around the corner of the building.