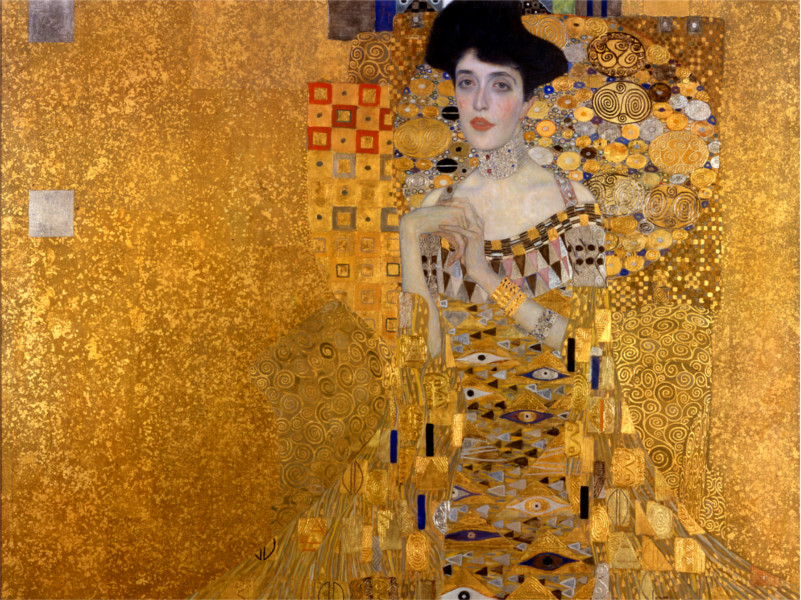 Decades ago I stood in front of Gustav Klimt’s portrait of Adele Bloch-Bauer on show in the Belvedere Gallery in Vienna (the featured image is a detail taken from Wikimedia Commons). So, when The Family decided to stream Helen Mirren’s movie The Woman in Gold, I jumped to the conclusion that I knew the sad ending of the story. I had not known that this was piece of art that the Nazis had stolen. George Clooney’s movie Monuments Men had told the story of a platoon of soldiers tasked by the US president Franklin Roosevelt to recover the stolen artworks before Hitler’s orders to destroy them could be carried out. Herman Goering had set up a clearing house for stolen art in the Jeu de Paume gallery in Paris. An older movie with Burt Lancaster, The Train, had told the story of how the French resistance had delayed a train full of stolen art from leaving Paris just before it was liberated by the Allies. After watching Mirren’s film, we talked of corrupt governments and stolen art, still residing in museums in Berlin, London, Paris, New York, as well as the 21st century theft of Iraqi heritage.

Other movies led to other thoughts. Watching Anthony Hopkins as the butler imagined by Kazuo Ishiguro in The Remains of the Day, I asked myself about the economics of the Nazi era. There is a whole Wikipedia page on the businesses that collaborated in the Holocaust. Goering, Hitler, von Ribbentrop, are recorded as having looted art, and in a government that allows looting of one kind, surely other kinds of theft must have happened. The Nazi era is still under academic investigation, and the wealth of material available today is stunning.

In 1946 the Journal of Business of the University of Chicago carried an article by Arthur Schweitzer which concluded, “In terms of status and privileges, public property of state and party occupied the first place; German big business and hereditary farms as well as quisling owners composed the group of preferred private owners. German small business and non-quisling owners suffered under extensive and deliberate discrimination.” This basic view has held up remarkably well over the last seventy five years.

Further nuance has been added. Germa Bel of the University of Barcelona argued in a paper published in 2009 that the “Nazi regime transferred public ownership and public services to the private sector. In doing so, they went against the mainstream trends in the Western capitalist countries, none of which systematically reprivatized firms during the 1930s. Privatization in Nazi Germany was also unique in transferring to private hands the delivery of public services previously provided by government.” The paper comes to the following conclusion “Ideological motivations do not explain Nazi privatization. However, political motivations were important. The Nazi government may have used privatization as a tool to improve its relationship with big industrialists and to increase support among this group for its policies. Privatization was also likely used to foster more widespread political support for the party. Finally, financial motivations played a central role in Nazi privatization.”

This adds a whole new layer of our understanding of the corruption in that government. It wasn’t just stealing art, or gold teeth from cadavers; the Nazis were stealing from the German people, taking from the general populace, and feeding part of the stream of money into the hands of “preferred private owners” in order to cement their hold on political power. The world war and the Holocaust were so reprehensible that it is hard to look away to see this other aspect which was equally part of the Nazi corruption of government.