45 million years ago the continental plate of Africa began tearing into three. About an hour’s drive westwards from Nairobi you get to see the long crack where the Somali plate is separating from the Nubian plate. We took the B3 Escarpment road and stopped at a gap between souvenir shops. It was early in the morning, and sun had not yet burnt the chill out of the air. We stood in the way of the upward rushing air and looked out at that enormous valley, thinking of the grasslands teeming with wildlife, and how in another 45 million years it will be part of the sea separating the continents of Nubia and Somalia. 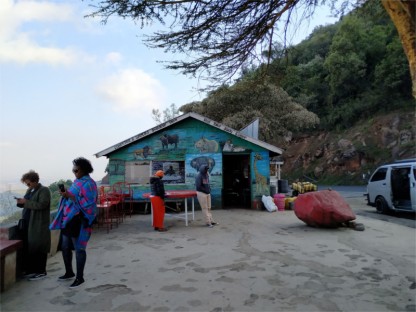 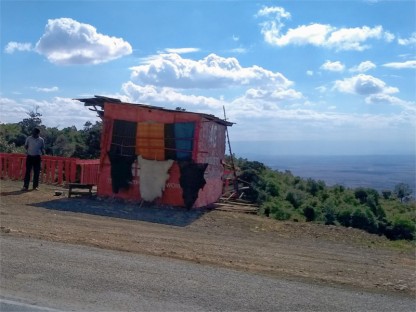 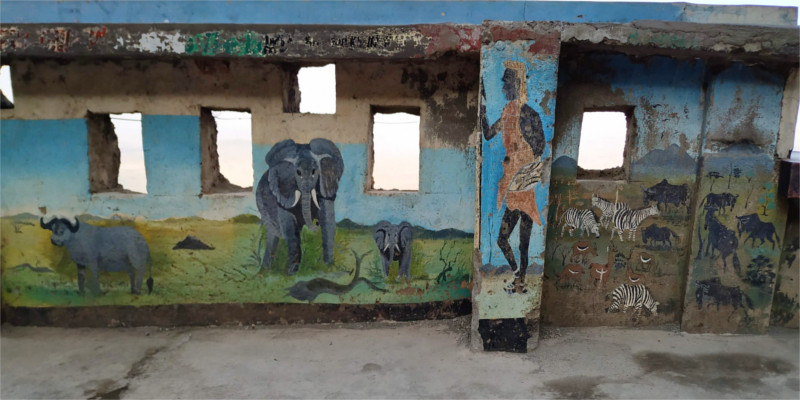 I looked around at the shops around us. Several sold the usual carvings and paintings. But there were a few which sold sheepskin. I’m sure that this wouldn’t last long in the humidity and warmth of Mumbai. But some of the shops had nice paintings of animals. For that matter, the railing separating us from the long drop to the valley was also painted. We admired them and moved on. 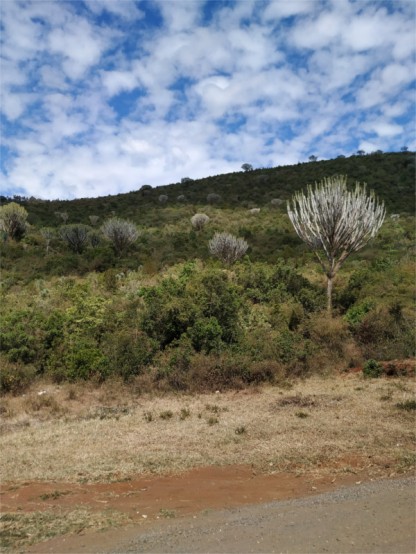 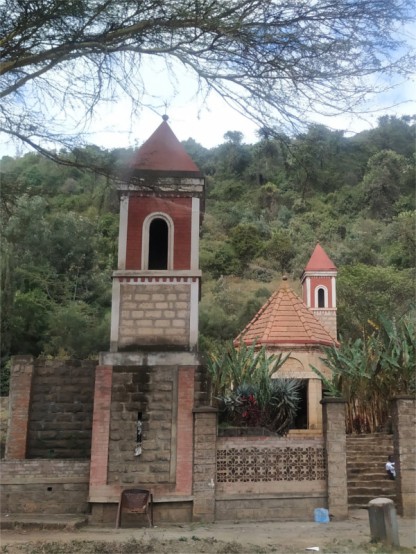 The road drops steeply to the floor of the valley after this, and both of us kept looking out at that enchanting view. On the way back, a few days later, I noticed the distinctive flora of this region: the very tall African candelabra (Euphorbia ammak) also known as the Candelabra spurge. Just before the road climbed steeply I saw a church which looked totally out of place. As I took the photo, The Family noticed a signboard which said that it had been built by Italian prisoners of war during the second world war. That gave me a little handle with which to tease information out of the net. It seems that B3 was built by these same prisoners. The search also led me to a book called No Picnic on Mount Kenya, which is an account by one of the prisoners, Felice Benuzzi, who broke out of his camp to go and climb Mount Kenya. It is quite a read. 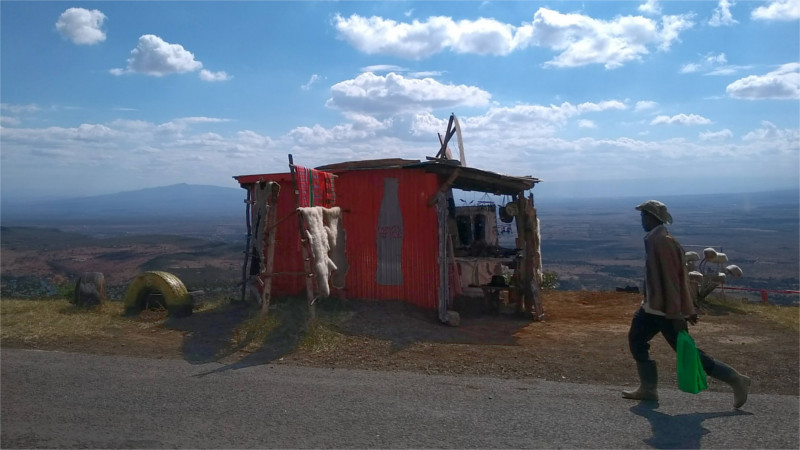 I leave you with a superb photo captured by The Family from our car as we made fitful progress through the horrendous traffic on B3 in the evening.