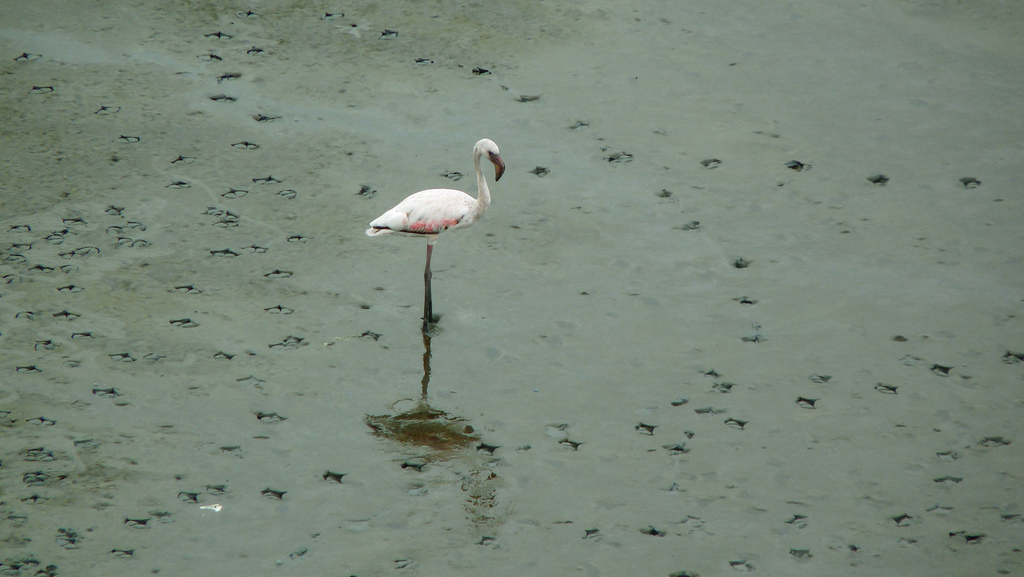 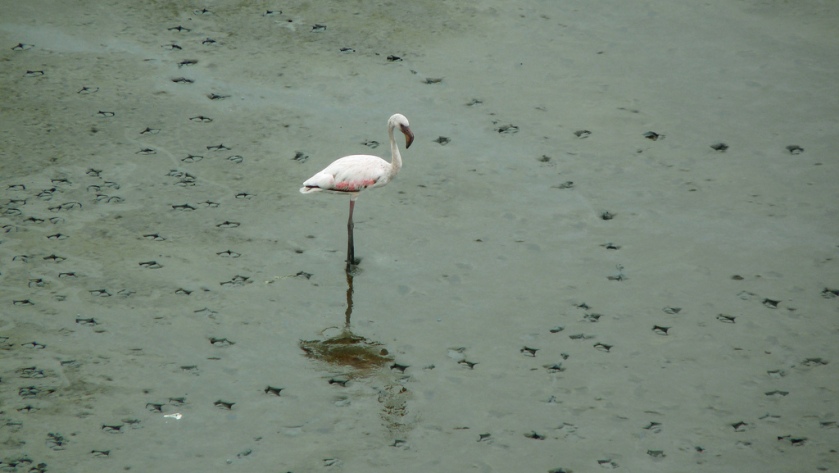 Around winter the tidal mudflats north of Mumbai’s harbour begin to turn pink with the arrival of flamingos. Every year there is a little item tucked away somewhere in a corner of a newspaper about the appearance of these migratory flocks. This year there was no news. I asked a few friendly birders, and they didn’t seem to know either. A few weeks back I’d stopped at a creek, but it was high tide. The mud was covered with water, and you don’t see any wading birds at that time.

I looked up the tide tables a few days ago, and found that over the weekend low tide was around noon. So on Saturday The Family and I made our way to Airoli bridge. This connects the northern suburb of Mulund to Airoli on the mainland. I’d only been there once before, very early in the morning several years ago. It was low tide, there was no traffic, and there were lots of flamingos visible. Now, at midday, there was a constant stream of traffic. It was very hard to stop, although the tide was out, and the mud was full of a mixed bunch of greater and lesser flamingos. Between them many other waders fed in the mud. 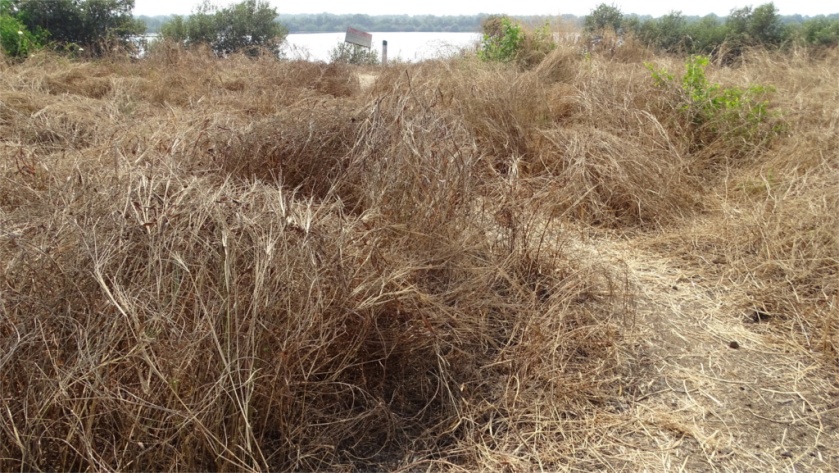 We decided to take our chance at the Bhandup creek. Over the years much of this area has been fenced off, and now only a little field was accessible to the public (photo above). This gave a view on to a narrow sliver of the creek. At low tide this had shallow water with some exposed mud. Although there were no flamingos, there were a few waders visible in the distance.

We took turns to step out on to a little spit of land which gave some sighting.

There was a cormorant on a tree stump, a large group of spoonbills (photo above), a lone black-headed iris, some stilts, and, far away, the dark silhouette of a reef egret. The light was terrible. Reflections off the water made everything look monochrome: it was hard to see the yellow beak of a large egret, or the green legs of a green shank. All my photos looked like they were in black and white. Above us, a pariah kite circled slow and low. 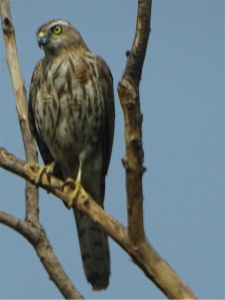 When it moved off we saw some gull-billed terns fly in to land in the water. Far overhead an open-billed stork flew in a lazy straight line off towards the west.

The Precious had brought along her two-year old, who was busy picking up sticks and stones to fill his pockets with. It took some time to bundle him back into the car, climb in and move off. Some newbies were just coming in. They stopped to ask where the Bhandup birding area was, and looked disappointed when we said that this was it. We were just about to pull away when I saw above us this magnificent sight: an immature Shikra sitting on a dry tree (photo here). Although the trip ended well enough, I was left wondering how it is that in a city built on the sea, most of us have such restricted access to the sea front. I can think of only three spots now where one has access to the mudflats.

Writing a bird list is meaningless if you can see more in an afternoon sitting on a balcony. A few years ago we could not even have written down lists without twice as many water birds. Are the mangroves and mudflats hidden behind the fenced off sea-coast slowly dying?