I’d gone to Bhandup pumping station last week in the hopes of seeing an Eurasian wryneck for the first time after a couple of years. I heard the pair, but didn’t see them. The find of the day was instead the Malabar starling (Sturnia blythii, aka Blyth’s starling). A flock of glossy birds surveying their surroundings from a high perch were a lifer. The light was wonderful and I could see all the defining details: the yellow bill with a bluish-ash base, the white head with contrasting chestnut belly, and the grey and black wings and tail. This bird is resident in India, and was split off from the migrant species called the chestnut-tailed starling (Sturnia malabaricus) with which it was confused even at the beginning of the century. As I took the photos you see above and in the gallery, I realized that I’d been hearing their chitter for a while.

Most of the other birds I saw that day were old acquaintances. We arrived before sunrise, and the early part of the day was not very good for photos. So I missed shots of a common tailorbird (Orthotomus sutorius) which spent some time on a branch in front of my eyes. My photos of an eastern marsh harrier (Circus spilonotus) trying to snatch prey in midair have digital noise and are beyond rescue. Some of the others you can see in the gallery above. I should really start keeping my bird lists, but I can’t bring myself to admit that I’m slowly turning into a twitcher.

The wasteland behind Bhandup pumping station was full of chittering flocks of Baya weaver birds (Ploceus philippinus). They breed in monsoon, and the males were still in their startling yellow breeding plumage. They looked wonderful in the soft morning light. Among these birds the male makes the intricate hanging nest, mates, and then leaves the rest of the child bearing to the female. I began to wonder how the female chose the nest and its maker. When it comes to common birds, almost every question you ask will have been answered. I found that the question had been answered fourteen years ago.

The female’s choice mostly depended on the location of the nest: nests high up on strong branches in thorny trees were preferred. This preference cannot be unknown to males, so there must be intense competition between them. The result is that the female most often chooses males who are able to chase rivals off their chosen site, whether she means to do it or not. In captive flocks the males are seen to create a pecking order which is pretty stable, indicating that this kind of competition is resolved with a minimum of physical violence. Among equally desirable sites, the female chooses nests made of finer fibers. Since nesting occurs during the monsoon perhaps this allows nests to be better knit and dry. So male behaviour seems to be pretty strongly driven by the choices of females. I wonder whether it works the other way round too. 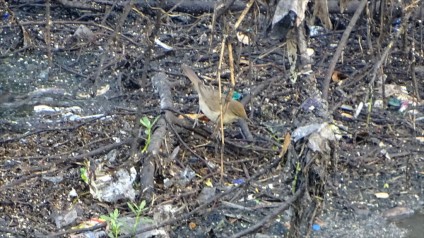 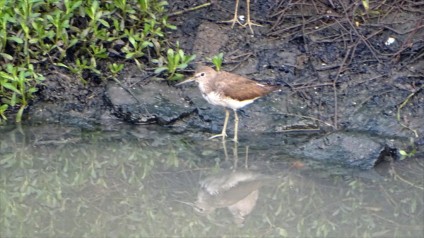 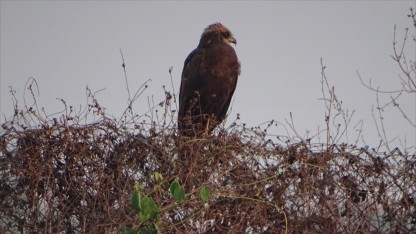