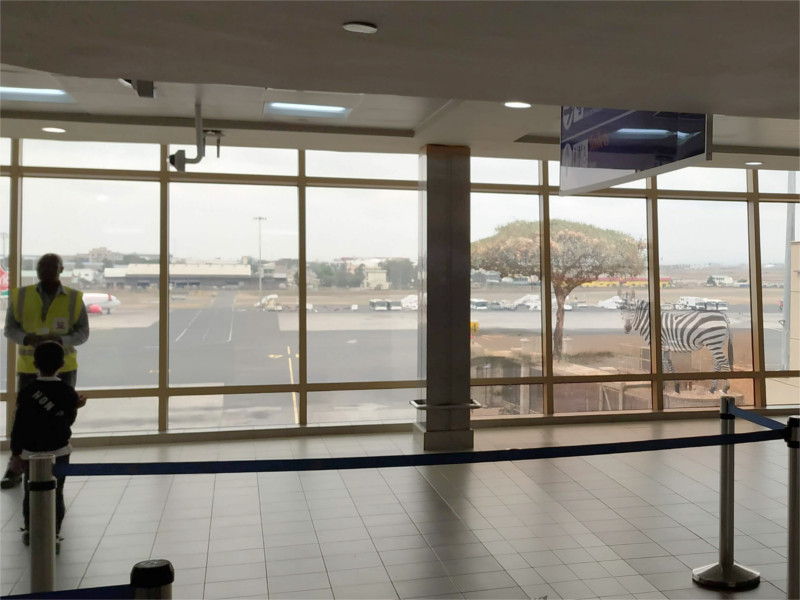 When I booked tickets to Nairobi on a flight which left Mumbai before 6 in the morning, I was looking forward to arriving at 10 AM, with a whole exciting day in front of us. I’d forgotten that, this being an international flight, we would have to be awake half the night. As it was, we finished the formalities quickly and had a very early breakfast in the lounge before boarding. My first priority was to catch up on sleep. When I woke up we were halfway through the flight. The map told me that we were flying over the Carlsberg ridge. This is one of the more active zones on the earth’s crust, the border where the Indian and Somali continental plates are pulling apart. This geological feature is named after the brewery which financed the expedition which discovered the ridge. What a lovely and positive piece of advertisement; I promised to raise a glass of their brew to cheer their commitment to science. I peered across the still sleeping figure of The Family. The sea looked pretty calm.

A little later we were over Africa. A whole new continent! We’d sighted land a little south of Mogadishu. I gazed down at the parallel rows of clouds which you see in the photo above. I’d never seen this kind of weather before. I was to find later that these so-called cloud streets are parallel to the direction of the wind. So the cloud street showed me that a cool wind was blowing in from the sea as Somaliland heated up. The land below us remained brown as we passed over the equator. Another lifetime achievement for us; this was our first time in the southern hemisphere. In an instant we’d passed from summer to winter!

Everything would be new and different (even the style of artwork on the sachets of salt and pepper given by the airline). We peered out of windows eagerly as we landed in Nairobi. The landscape was brown and dry, as it had been as we flew over Somalia and inland to Kenya. “Karibu”, one of security men said in welcome as he showed us which way to go. The Family and I looked at the windows near the immigration queue; zebras and acacia trees, lions and elephants were painted on them. We would see them soon enough. I pulled a jacket over my t-shirt. It was colder than a winter’s day in Mumbai.