Often a writer will be known for years to a small readership before she writes that one novel which makes her known to the rest of the world. While walking uptown in New York, I came across the moral equivalent of such a history, set in brick and mortar. I wasn’t quite thinking of the route when I looked ahead at a crossing and saw before me the southwestern end of Carnegie Hall (see the featured photo). In 1961 Bob Dylan broke out of an already charmed circle of listeners in a concert at this place. It is not everyday that you walk past a place where a Nobel Prize winner was born to the world’s consciousness. 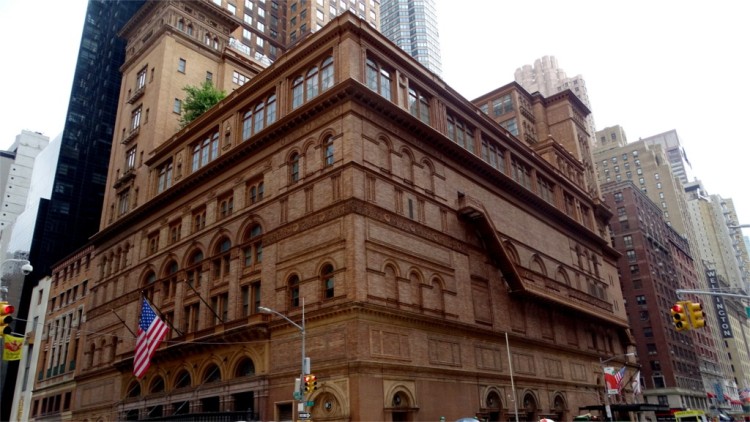 I came back to look at it again. When the million dollar hall was inaugurated in 1890 it was considered to be almost in the suburbs. When Tchaikovsky conducted his own composition on the opening night, structural steel had not yet been invented. The building was made of brick. It looks heavy and squat in spite of the Renaissance design of the facade. I wanted to take a photo of the stylish and simple foyer which was part of the overall design by Willian Tuthill, but the doors seemed to be locked. I don’t mind having to go back there. The next time I’ll make sure to select an interesting concert to go for.