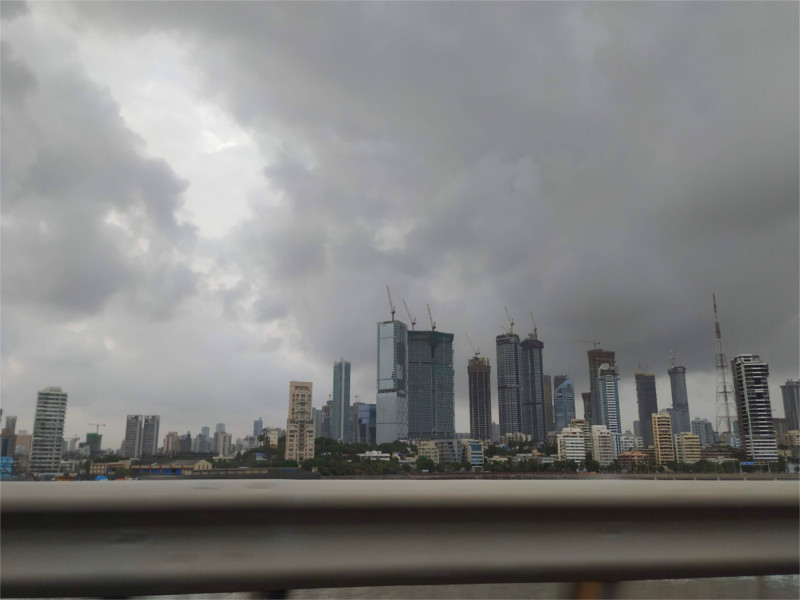 I have two favourite weeks of the year in Mumbai. One is the week called winter, when the temperature drops below 20 Celsius, and we start thinking of bringing out our sweaters. The other is the first week of the monsoon. This year I almost let the beginning of the monsoon pass by without saying anything about it. A taxi driver was kind enough to travel below the speed limit on the sea link, letting me take a photo of the skyline of the mill area and its stalled rebuilding, as the monsoon clouds finally blew in at the end of June. 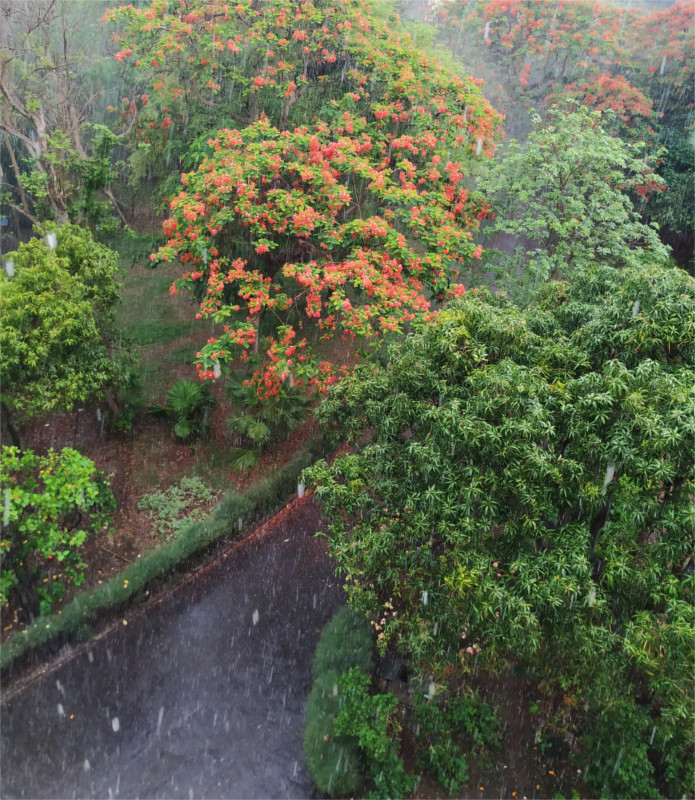 Decades ago you could almost set the calendar by the arrival of the monsoon. It would arrive on 6th June, perhaps three days before or after. Over the years the gradual warming of the sea has delayed the monsoon. Warm seas also give rise to storms and hurricanes. This year a storm formed over the sea off the coast of Mumbai, brought a little rain, but blocked the monsoon winds for a substantial number of days. I took the photo above during the first monsoon shower. In the last four days or so of June we got all the rain that we usually expect over the month. Is this the shape of a warmer earth?

The cotton mills of Mumbai powered into history during the American Civil War. As American cotton production stalled, the Indian mills took off. They crashed to a landing only in the 1970s, when they were unable to take on the competition from east Asia, and from neighbouring states which were building more modern mills. Forty years later, the crumbling buildings have been repurposed into an entertainment hub, with lots of restaurants and pubs. On my way to one I passed the locked-up doors of this warehouse. At first sight it looked deserted, but then I noticed the air-conditioners jutting out of windows. The space inside must be divided up into offices. It will probably take a long time before the legalities of possession are cleared up in court, and these old structures demolished to actually build again. Meanwhile these ancient mills and warehouses make for great atmosphere.