I had two or three books scattered about the living room, the last few I’d bought before the lock down. But elsewhere in the flat is a growing pile of books which have slipped below the radar. William Dalrymple’s latest, The Anarchy, promises to be a great read of the world’s most out of control corporation: the British East India Company. To go with it I picked up an older book which I think I’ll read through, Opium City by Farooqui. This is a history of the rise of Bombay, from a port with nothing to do, into its modern avatar. Two more bits of Indian history round off this part of my collection. One is the highly recommended book on Dara Shikoh, The Emperor Who Never Was by Supriya Gandhi. The other is below most radars, The Deoliwallahs by Joy Ma and Dilip D’Souza chrolicles the incarceration of all Chinese in India during the 1962 China war. That covers about four centuries. Enough.

Why did I let a Michael Ondaatje slip to the bottom of a pile. COVID-19 gives me a boon: rediscovering one of the great novelists from Africa. I know nothing about Otessa Moshfegh, except that The Family kept telling me to read My Year of Rest and Relaxation after she finished. Now that my year (or less) of rest and relaxation has come around, I’m getting round to it. I know even less about Anna Burns and the book Milkman. It’ll surprise me, no matter what.

Light reading? Yes, I have a thriller: Pythagoras’ Revenge, and a graphic novel, First Hand, by a collection of Indian artists. Nine books for mortal men doomed to die another day.

I looked out of the window early in the morning. That sentence could not have been written before COVID-19 forced us into a more measured lifestyle. Working from home gives us more time, a clearer understanding of what are priorities, and what we can postpone. So The Family and I have mostly managed to sleep by midnight, and wake while birds are still active in the morning. We never thought that we were being disturbed by traffic, but the clear harmonies of birds in the trees remind us how much of the city’s background noise has died out. 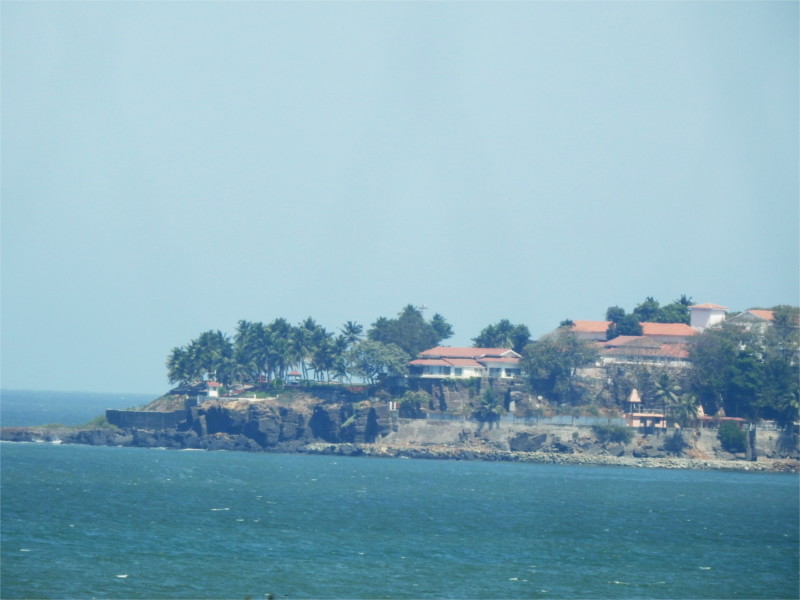 At the horizon a ship was waiting its turn to enter the harbour. That’s another sentence that could not have been written a week ago. The haze had been so bad that I could not see beyond the trees. The sky and sea used to be a glare of white. In a week the pollution has cleared out, and I can see the horizon and the ships waiting there. Later in the day there was a haze, but the air quality remained unchanged. So this was due to water evaporating in the warmth of the sun. I could still look out across the bay and see the bungalows on the headland opposite to us.

Life is not going to be simple in the coming weeks, but some background problems have resolved themselves. Perhaps the world will muddle through.